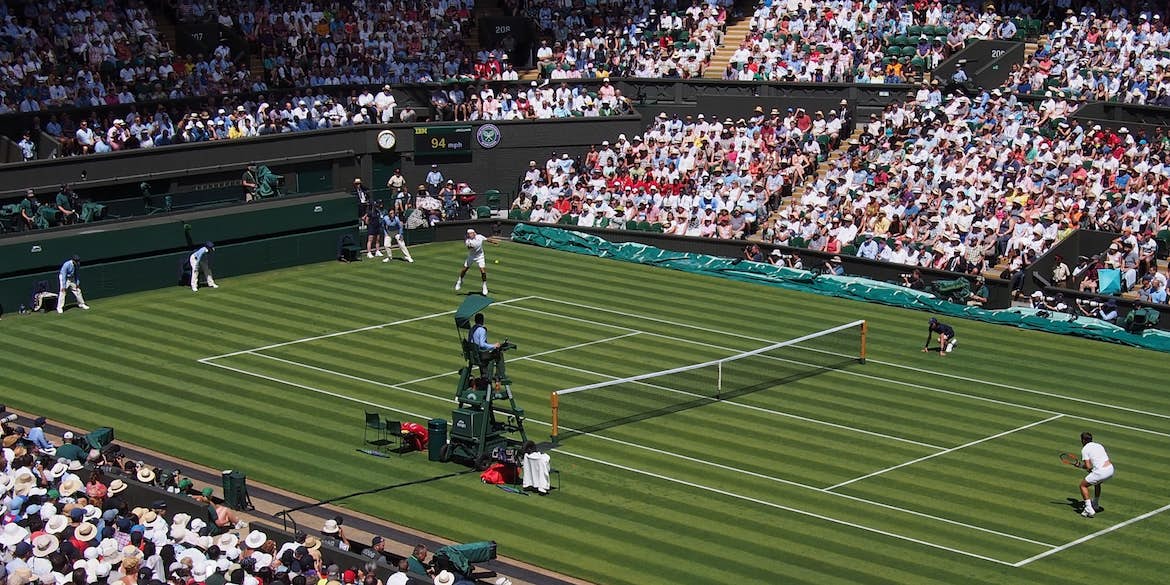 “There's a certain beauty and majesty to Wimbledon. The elegance, the way the grass looks on TV.” John McEnroe

July is Wimbledon month, arguably the greatest tennis tournament of them all. Since its opening year in 1877, Wimbledon has emerged as the world’s most prestigious, and beloved, events, with a solid brand that is revered across the globe. Typically boasting over 300 million viewers across 200 countries, almost half a million also flock to the south London village to line up and get a taste of the action (and some strawberries and cream).

What’s the secret to Wimbledon’s success? And how has its marketing made a difference?

Let’s hit the court, toss a ball, and lob it over to explore how this colossal international tournament - and brand - approaches its digital marketing.

Articles:
How to Start a Blog

Articles:
The Ultimate Guide to Content Marketing for “Boring” Businesses

Articles:
How to Start a Blog