You need to generate 100 marketing qualified leads based in Washington around the Foodie Frank persona by the end of July. The time sensitivity and the location, it’s completely up to what your business needs. This is just simply an example of what you might be aiming for.

Here’s an example of the conversion funnel. You've got 1,000 Foodie Franks arriving on your landing page from a Facebook ad about free passes to a cheese and wine event in Washington, because your campaign is about getting this guy at your event and your need 100 of them. The Facebook ad campaign resulted in 48 Franks filling out the form requesting a pass to this event and 37 requesting a demo of the cooking equipment.

Because all of this information is tied into your marketing automation software and you can check in on a daily basis at the progress, you’ll know that you should probably stop your Twitter and LinkedIn campaign and your email because Facebook is doing pretty good.

Remember to check your average conversion rates per channel before you begin a campaign to understand truly where the best conversions are coming from per persona. You might find that Diabetic Dee Dee performs better in social media, but specifically on LinkedIn, as opposed to Frank who performs quite specifically well on Facebook. It’s important then to be able to target your messaging to each of those on each of the social networks.

Equally, email might perform particularly well for one type of campaign compared to another. For an actual event in real life, it might perform very well. For a virtual event, it might be weaker. Perhaps you should explore other options.

Understanding conversion rate per channel will help you really refine the kind of promotions you put behind each of your campaigns. It will remind you not to use channels that just don’t perform for you, in which case you’re going to save a lot of money and a lot of time. This will drive up the ROI of your campaigns.

You should also be using campaigns to improve underperforming pages and maximize high-performing pages. A campaign does not always need to be a contained box of a set of assets driven to a persona to generate leads. A campaign can also be an ongoing background thing such as through email marketing in general or optimization in general and each month you’re counting how many improved conversion rates you’ve got from that resulting in marketing-qualified leads.

For example, you could design a campaign around improving your underperforming pages. This could be something you will run for three to six months as opposed to a single one-off event. Use your marketing automation software to collect the data required to know if this campaign is successful. Look at the conversion rate of the page before you start and at the end. What actions did you take to improve the performance of that page? If 10 people a month were converting on that page and now 50 are converting a month on that page, that’s a massive uplift. That’s a great campaign. You didn’t have to go and create new stuff, you just improved what was already there.

So that’s also an important thing that marketing automation can point out to you, widening the funnel in places where it was quite weak.

Maximizing your high-performing pages, on the other hand, is also a strategy you can apply as a campaign. This means instead of sending people to the underperforming pages, instead, redirect them or focus them more on the ones that do extremely well and see if you can make them perform even better. Analyze the sources of traffic to those high-performing pages and try to understand why is it that people from organic are converting so much better than people coming from referral traffic? What can you do about that? How can you strategize around that?

Again, record the conversion rates of the page before you apply changes before and after, and then you’ll understand exactly how you’ve been improving it and what caused that behavior in the first place.

These insights, the explicit and the implicit data will make your marketing much more powerful and within your marketing automation platform, you’ll be able to have a history of those results to know where you made the improvements. 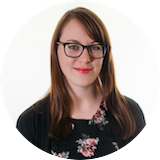