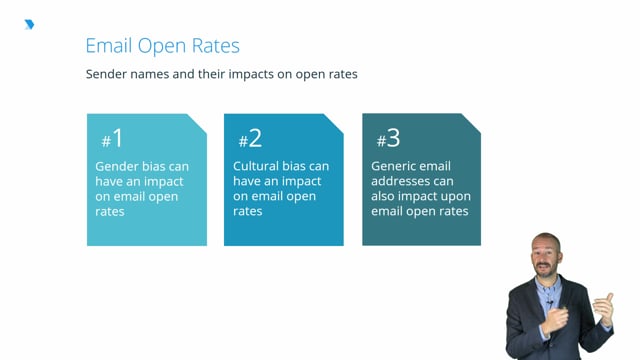 What are the some of the trends with open rates? It varies during different days of the week.

Some of the common criteria for maximizing schedules are:

Know which location you’re targeting. Where is the recipient based? What are the time zones?

I work within higher education so for me it’s about industry. Am I getting those industry players to open my content? When are they doing it? What day is the most successful? I’ve been a professional blogger for a very long time now I’ve been blogging as part of my income for six years, and one of the things that you always look at as a blogger is finding out when people are looking at your content. And what you always find is the beginning of the middle the week tends to go far better than the end of the week or the weekend because people have other things on their mind towards the end of the week. So remember this when you’re thinking about your open rates.

It can also be holiday targeting, where you target things like Christmas, Thanksgiving, and Boxing Day. Bear in mind holidays from different countries. That’s important to think about because again the work that you do might be specifically targeted to a certain geography location.

These are some of the features which affect open rates.

Always on mobile email will greatly impact your open rates because it’s always there and it’s always opening. It’s always pinging and connecting.

Is this an email that I recognize? Does it match up? For example, there is a large corporate entity that I subscribe to and their email from the sender’s name will not be connected at all to the sender’s email address. And every time I open up one of their messages, I’m not sure whether this is from them. Is this legitimate? Is this an email I want to actually open up and so connect the two?

Or if it’s a newsletter or if it’s something to do with your brand, it should be “brand” is the sender and brand is in the email address. It’s often one of those things that people don’t think about so remember.

Your subject line should not be the length of a novel! It should just be something that clearly defines what it is. If it’s a newsletter say, “Newsletter” and then maybe a few highlights from what’s in it. The best subject lines tell you why you should open the email or they give you just a bit of a hook. For example, “Top 10 reasons why” and then you should open this email and it actually gets you to open something.

So your subject line really does matter. How does it stand out? Think about how you compose it from capitalizing or not capitalizing using just various things. You’ll find that as you go along, and you can track your historical data, certain subjects worked better for your open rates than others. And you can then use that data to create subject.

Let’s look at sender names and their impacts on open rates.

Gender bias can have an impact on email open rates. It’s one of those sad but true things. People do have a bias towards male or female. So track different sender names to see what works and what doesn’t. And again, some of it is going to have to do with the brand and the business that you happen to work within. For example, certain brands maybe historically were known as female fashion brands and they’re branching out into saying “Okay, we’re going to be a bit more coed, we’re going to have clothing items for men now.” So how do you create content that fits sort of both genders in that sense?

Cultural bias can have an impact on email open rates. Again, sad but true. Hopefully, this will start to decrease as we become more of a multicultural global society, but it is important to think about.

And other times though too it can be part of your winning strategy. Look at Adobe, for example. Every other version of Adobe Photoshop has listed who has been behind the creation of Adobe Photoshop. And one of the members of that creation team, his name is incredibly long, but he has this huge following of people who are fans of his work. And it’s become such a successful aspect and component of Adobe’s history and Adobe’s culture. So again gender and culture play a big part in open rates for email, but again it also depends on the business that you’re doing and the work connected to your audience.

Generic email addresses can also impact upon email open rates. Generic email addresses are boring because they have no customization or personalization. If you get an email from info@something.co.uk, it’s a lot less tailored than something connected to your brand, or a special word that is connected to the campaign that you’re doing with his email. Don’t use a generic email and don’t use an email that doesn’t connect with the person who sends it. Combine those two. Nothing worse than having an email from somebody over here and this is where the “from: [the actual name]” text is different.

How do we encourage open rates? This is all about encouraging open rates and sort of facilitating replies.

Reply address is the same as the sender address

This is really important because if you’ve got a sender address and then I hit reply and it’s not the same, make sure that the person at the other end of that reply email is actually paying attention. And definitely you have those emails where no one is actually going to pay attention to this email that you respond to.

You want to encourage interaction and you want to encourage replies. You want to see this as a positive thing. It’s all about interaction and engagement and so you want to match the two up. You want to say here’s who this email was sent from, here’s who your reply is going to go to, and they’re the same person or the same account. Because again if people respond to your messages good or bad they’re still engaging with you, and if it’s a response that’s negative it enables you the chance to answer a question or clear something up. If it’s positive, you can put them in a separate sort of data set to say these are people who are more likely to be our evangelists. These are people who have gotten back to us in a positive way, and they’ve taken some time out of their day to respond.

Attachments can cause risks related to open rates and spam blockers

So there’s certain things to think about you want it to be simple and sleek when it goes out to people. You don’t want to get caught by those spam blockers and you want to do as much as possible to encourage open rates.

Autoresponders must meet the ESP criteria. Otherwise, they’re going to be marked as spam. An autoresponder occurs whenever you send something and then it goes your audience, and maybe they have some sort of action, and then there’s an auto email that gets kicked out. These are usually automated, hence the word auto in autoresponder.

Autoresponders are not the same as the more generic blast you might send out. They’re triggered by a specific action or a change of status which makes email a bit more personal. So less of a, “Hey everybody,” to more of a “Hello, how are you doing?” type of thing.

Combined with segmentation, these autoresponders can provide effective customer lifecycle marketing as email messages because they’re optimized to that particular customer. However, check with your email service provider. Depending on how successful you are, you could have a lot of autoresponder content getting kicked out on a semi-regular basis more frequently than maybe your newsletters or some of your other email blasts that go out. And so again, maintaining that whitelisting, maintaining content that is customized and curated for your readers are important.

Eric Stoller is a Higher Education Strategic Communications Consultant and Blogger at Inside Higher Ed. With a background in student affairs, academic advising, wellness, technology, and communications, Eric educates clients and audiences on digital identity development. As a blogger, he generates conversations, answers questions, and provides insight about a variety of tech topics, including Social Media Strategies and Email Marketing. 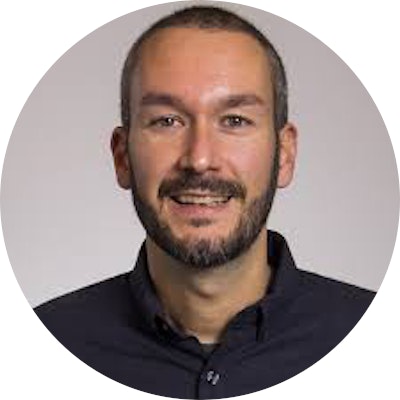 The Email Marketing Strategy module will introduce the key concepts of email marketing and enable you to develop the knowledge and skills to build highly effective email campaigns. You will learn how to think like an email marketer and recognize that your subscriber list growth and quality is a key metric for the success of your campaign. Finally, you will recognize the role of various email delivery techniques as well as the importance of balancing frequency and volume of email sends.