Like traditional PR, digital PR enables you to gain an influencer base where you’re actually getting people to write positive notions about your product and services online. It involves spreading the word in a digital way.

An influencer is an individual whose actions and opinions carry more weight with the general public than other individuals. So, for instance, in the marketing sphere you may have key influencers like Seth Gordon or Simon Sinek for example, and what they say about marketing theory and trends is probably more valued in the marketplace than perhaps Joe Blogs on the high street. So getting to them and being able to target them to become an influencer for your organization could be very important in gaining traction.

The other major benefit of having these influencers on board is simply that they themselves have massive networks online. So take, for example, the number of people that they have in terms of ability to tweet out to a base or the number of Facebook likes they have. All of these things in essence helps you to generate greater awareness and actually gain new markets as a consequence of your influencers.

An advocate is a person who’s highly satisfied with your services and they are more than happy to promote your brand to others. Now, these individuals play an extremely important role. So, for example, everyone talks about word-of-mouth marketing being some of the most important aspects of marketing. This is because advocates have close groups of friends who are trusted and they highly trust. So, if an advocate tells you that a product or a service is good, the likelihood is that you will value their opinion more than any sort of advert out there. So being able to target these key influencer groups is a really vital thing.

What is digital PR?

The main element of online PR is maximizing favorable mentions of an organization, its brand, products and websites on third-party sites, which are more likely to be visited by the target audience. In essence, it’s another way to get the feelers out and to spread the word.

Sites that do this very well would be people like econsultancy.com. They are a thought leadership site which enables people in the digital marketing space to get access to some of the current thoughts or tools and techniques that can be used.

There is a great quote by Jeffrey Rohrs from Salesforce in his latest book The Audience that really encapsulates the power of social media and digital PR:

“The moment you begin flipping through these pages you became a READER. I’m hoping you’ll soon purchase a copy and graduate to a CUSTOMER audience. And if the subject really strikes a chord with you perhaps you become a website VISITOR an email SUBSCRIBER or a FAN of the book on Facebook. Who knows you may even become one of my FOLLOWERS on Twitter LinkedIn or Google+.”

What Geoffery was trying to encapsulate by that quote is to talk about the various ways that you can interact with the content that he’s providing, but also contribute to the fan base that he is building with the insights that he’s developing. There are so many different sites that he mentions there and so many ways for consumers to become advocates of his brand, as well as being able to play a role in shaping for the content for the future. So that not only does it become an advocacy thing, it also becomes a user generated content type of approach as well.

A great example is Econsultancy – they’ve built up a great user base of bloggers as well as avid readers who contribute constantly to their knowledge section on their website. It’s really valuable piece for any digital marketer.

How can you amplify your message in the social media and digital PR space?

Think about these four key ways: 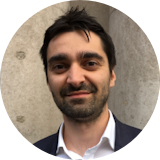 This module begins by covering the benefits and challenges associated with digital communications and the importance of researching and selecting the most appropriate digital channels to reach and engage with your target audience. It covers the tools and digital PR activities you can use to extend your reach on social media, content management, the factors to consider when creating a budget for a digital campaign, resourcing a digital team, and the importance of aligning digital metrics with customer service metrics to review the performance of a digital campaign.