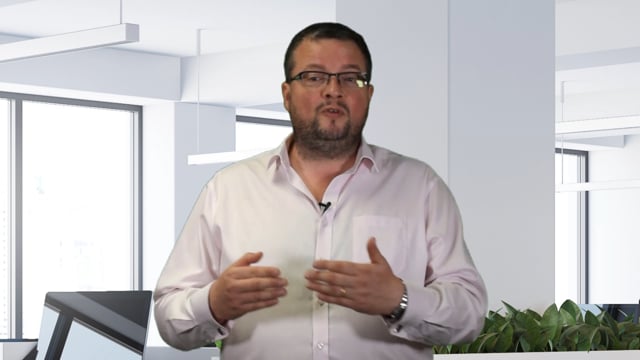 When pitching a proposal, you may encounter two types of objections. The first type are excuses not to go ahead. And the second type are real objections or areas of mismatch. In fact, mismatch is often a better description because the objection may simply be a misunderstanding, or a request for more information.

Both types of objection can be met and addressed by a technique called 'pre-handling', or handling the objection before it is even raised. Early in the pitch, you should pre-handle any objections you are likely to meet later on. Think of it as a pre-emptive strike. Suppose you pre-handle an excuse. The audience cannot then use that excuse at the end of your pitch. If it is a real objection, and you discover it early on, you know where you stand and what problem you have to solve.

A word of caution. Only pre-handle the obvious issues. Otherwise you are making things unnecessarily more difficult.

When discussing a delivery date for a project, you could ask, “When do you want it delivered?" This pre-handles the excuse, "I won't need it for a few months yet, so let’s put it on hold."

Suppose you are discussing a new product spec. You might say, “What exactly are you looking for?" This pre-handles the objection: "It's not quite what I'm looking for."

You might be worried about how the board of directors will react. So you could say, “Will you be making this decision alone?" This neatly pre-handles the objection, "I must put it before the board."

Perhaps the most difficult objections relate to price. Remember, people buy what they value. So, try to pre-handle objections about price by building up the audience's judgment of value. The higher you can build their opinion of the value and importance of their requirements early in the proposal, the easier it is for them to accept your cost, timeline, and so on later on. Perhaps the biggest mistake people make is trying to match price instead of selling superiority.

Handling and overcoming objections can be difficult. But remember that knowledge is power. Only if you have the necessary knowledge can you take and make decisions, and overcome objections.

Add value if you can – but do not give anything away that may cost you. Give away a service over a product if that is cost effective, or vice-versa.

Also, try to find common ground. Consider this example. I was coaching a senior manager in one of the ‘big four’ professional services companies in Canary Wharf, in London.  A potential client had been consulting all four of these companies seeking assistance to implement a new piece of robotic software. Three of those he approached told him it was an easy implementation, and that there would be a low-cost and a short timeframe.

However, the professional services company I was working for had told him it would be a difficult implementation due to technical issues that were solvable, but were going to be expensive and take twice the time-estimates that the other three companies predicted.

I was meeting my coaching client in the reception of her building when we bumped into the potential client as we walked onto the street. The potential client went straight away into the promises of low cost, no technical issues arising, and short timeframes that the other companies had been promising. My coaching client responded with the three elements of her original pitch: tech issues, costs, and timeframe.

She then paused and said, “My team and I will be with you every step of the way, even if we have to be in your building until 2:00 am!” The response she received was somewhat bemused, as the potential client was delighted at her assertive approach and her honest assessment of his situation.

So I watched them both shake hands on a highly lucrative deal, because of finding common ground through the promise to buy a late-night pizza.

In this module, Kevin is the instructor for the ‘The Art of Persuasion’ and ‘Motivating Your Team’ lessons.

In this module, Bill is the instructor for the ‘Managing Upwards’ lesson.

In this module, you will learn techniques you can use to successfully persuade an audience, such as listening actively to audience members when they speak to you, and being honest and trustworthy in all your communications. You will also discover how to handle any objections you may encounter to your proposals.

In addition, you will learn the importance of developing a self-motivating team, who don’t always rely on you for direction. You will learn techniques you can use to motivate employees, such as setting goals that they have an interest in and delegating important tasks. You will learn why it’s better to focus on intrinsic, rather than extrinsic, motivation. And you will learn how to recognize the signals that point to a motivated team.

And it’s not just your employees that you need to concentrate on. It can also be beneficial to manage upwards, and to be able to persuade and influence your boss. Managing upwards involves building the best possible relationship with your boss, with the intention of making both your work lives easier. This module provides tips and techniques to help you do that.