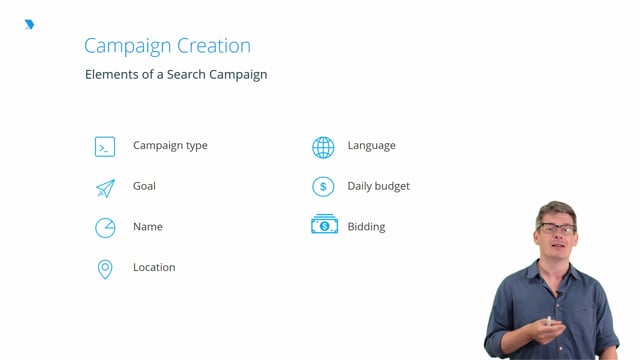 PPC and Paid Search View All →

Elements of a search campaign

So now that we’ve decided on our keywords, we need to look at some considerations around the campaign.

So what type of campaign do we want to build? We need to consider:

To begin with a search campaign, when you click New Campaign, you press the New Campaign Button, and we’re then presented with several campaign options available to us within Google Ads.

When setting our goals for our campaign, we need to know what exactly we are trying to do here.

So we have our search display, we’ve got video, we’ve got apps, and we’ve got shopping campaigns. So we’re most interested in search, so we’re going to choose Search as, you know, our starting point.

When we have our goals chosen, we’re going to name our campaign obviously. An important next step in the campaign setup is to uncheck the Display Network Box. So underneath the campaign name area, and we’ve got Search Network and Display Network as our options here, we don’t want to mix search activity with display activity. Keep them separate. Always uncheck that Google Display Network Box there or you’ll have mixed results. The display can fill in too much of your budget. It can drive a lower CTR. It doesn’t drive the precision that a pure search campaign will.

Then, working through the process here, we set our location and our language.

And then, we can modify our delivery methods. So, we can already go Accelerated, which is served keywords as quickly as possible until the budget runs out, or Standard where Google Ads kind of matches your available budget to the search traffic to ensure you don’t really go offline as frequently as you could. If there was a massive amount of clicks done with the accelerated delivery, you could be off by 10:00 in the morning.

You then need to choose your bid strategy. The default option is to Optimize For Conversions, which is obviously what we all want to do. But there’s other options in there. And it’s, you know, over time, and in later optimization activity, we could change this. It’s better off starting off with the recommended bid strategy, and we’ll change at a later date.

We can skip out extensions. It is an option, but I would generally set them up at a later point when we’re setting up the ads. And then when we set up all these options, we can create the campaign and move on to our next step.

And when you move on to the ad group stage, after you’ve created your campaign, this is where you can input your keywords. So if you have a list of keywords already made with those square brackets for exact match, pluses for modified broad match, quotation marks for phrase match, or no indicator whatsoever for broad match, input your keyword list into this area and hit Save and Continue.

Cathal Melinn is a digital strategist, lecturer, and trainer. He has over 15 years’ experience in eCommerce, social media, affiliate marketing, data analytics, and all things digital. He worked at Yahoo! Search in 2005 as a Senior Search Strategist for the UK Financial Services vertical. He moved to the world of agency in 2010 as Head of Search and Online Media. Cathal’s previous clients include Apple, Vodafone, Expedia, Virgin, Universal Music Group, Amazon, Compare the Market, and HSBC. 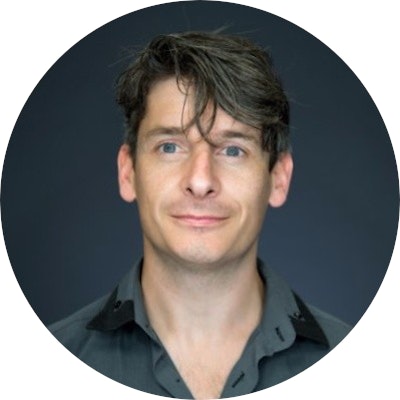