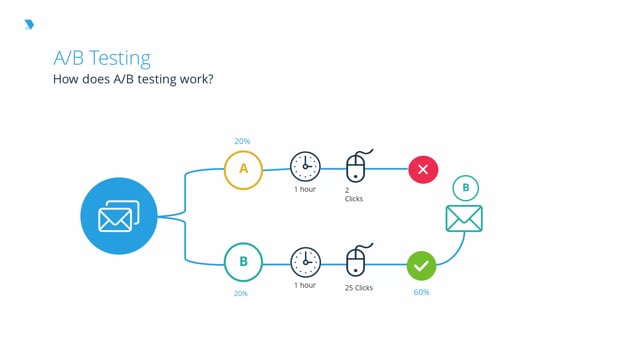 What is A/B testing?

So, you can have multiple variations, but you test the same element. If you have five versions of an email, everything remains the same except the one element that you are trying to improve upon.

Take a look at this graphic here to get an idea of how it works. There are two variations, and the metric being focused on is the click.

So, again, A/B testing can be used to test almost any element of an email, but only perform one test at a time to get accurate results. In this scenario, we are testing two emails which are the exact same, but have two different calls to actions to see which one gets more clicks. We send 20% of our overall audience to each email, wait one hour to view the results, and then whichever one has gotten the more clicks, the rest of the subscriber list will receive it.

The test group that got the underperforming email is an unfortunate side effect of your A/B test. However, in your next send with the improved version, you'll know that it will go to everyone, and perform better. This is also why it's extremely important to have a continuously growing database. Without a healthy size database, you will never have a large enough list to actually be able to do your testing.

If you're wondering about sample size, I would advise you to go to the blog of ConversionXL (cxl.com/blog) to understand in more depth what sample audience size can and should look like, where it's too small, and all those other questions you may have.

A/B testing is one of the most common testing methods in email marketing, as it is, at the end of the day, quite quick and easy to implement, and there's so many advantages.

Please note that the module slides are designed to work in collaboration with the module transcript document. It is recommended that you use both resources simultaneously. 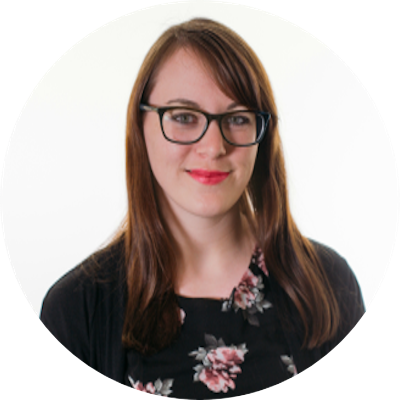 The following pieces of content from the Digital Marketing Institute's Membership Library have been chosen to offer additional material that you might find interesting or insightful. While relevant to this module, you will not be assessed on this content.

This module begins with the fundamentals of email marketing and how the concepts of segmentation, personalization, timing, engagement, and the legislation and regulations surrounding data protection underpin an effective email marketing strategy. The module introduces key email marketing tools and techniques and explores subscriber list and email design best practices. It covers how to create, test, and optimize an email campaign that maximizes email open and click rates and provides an overview of the value provided by marketing automation tools.