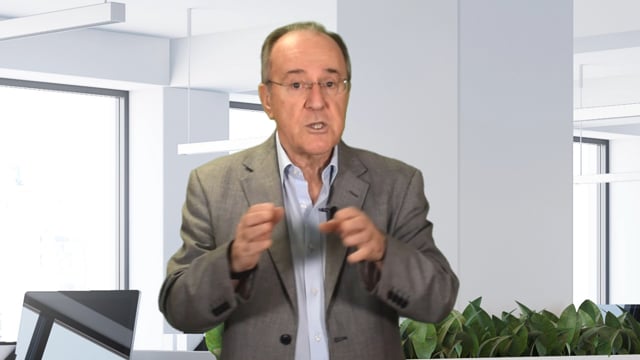 A conflict doesn’t always have to be a negative experience. In fact, when handled correctly, it can lead to a positive discussion. As a leader, how can you ensure this transition?

Remember, when people are upset with one another, their emotions tend to rise to the surface when they are in one another’s company. As a result, they cannot hear what is said. They only perceive what they expect to hear, and miss everything else.

An effective approach to resolving differences between two people is to speak with each of them alone first. This is especially effective when their differences have become entrenched and they are unable to converse without strong feelings arising. The intention of this stage is to encourage them to talk. You want them to use up some of their emotion by ‘getting things off their chest.’ It allows you to gain a perspective on the issue from their separate points of view. And it means that each person feels that they are being listened to.

Tell both parties that the conversation is confidential, and you will not discuss it with anyone else. This encourages them to say whatever they need to say. Ask them to outline their experience of the conflict with the other person. At this point, they may ask you if you agree with them, and they may be quite insistent. You can either decline to answer, or tell them directly that this conversation is not about making any judgments or conclusions. This shows them that you are being impartial at present. In fact, any solution that is likely to work will come from them finding agreement, and not from you choosing between them. Even if you do personally consider one more justified than the other, avoid imposing your ideas if you can. The end result will be more binding.

Ask each party separately what they want to come out of resolving the argument, or what they wanted in the first place. This helps you work towards negotiating a solution. You may find they will tell you instead what they do not want, or what the other person needs to do to put things right. Try insisting gently by asking, “If that’s what you don’t want, what do you want instead?” You may even use the word ‘intention’. “What exactly is your intention?”

The value of asking this is that it helps each person to think towards what they do want, rather than away from what they do not want. By doing this, each person's mind is focused on a solution. It is also common for both parties to want similar outcomes. Knowing this, or what the difference between them is, will help at the stage of creating agreement when you have them together in the same room.

Ask each person if they can imagine putting aside their history with the other person for a moment, and consider what they genuinely admire about them. The idea of imagining they can ignore their history is to clear their mind. This in turn will help them notice admirable qualities in the other person. The point of asking them what they genuinely admire about the other person is to change their focus to the positive. It also encourages them to give attention to details they could not perceive consciously in the conflict situation. So you are helping to expand their perceptions and giving them more information.

Make a list of the positive qualities. And when each person is done, ask their permission to show the list to the other person. The effect of this is to offer the other person what can seem like a gift. Every little helps when they finally come together!

It is usual to have one more brief meeting with each party to give them the lists and to ensure they are ready to meet to resolve their differences. The next step is to bring them together.

A salesperson was suspended from a busy call center as punishment for bullying a fellow worker. She was now reinstated and repentant, and was keen to make amends with the woman she had previous bullied.

However, the two women were feeling stressed at having to work again in the same team. Soon, they were constantly arguing again. The team leader had to intervene.

He met with each woman individually and listened to them impartially. He was surprised to learn that each of the women was the youngest of a family of nine children. They were also of the same age. The one who had been suspended told the team leader that, because she had eight older siblings, she had learned to be loud and pushy to be heard. The other woman told him that, in her childhood, her parents would become violent and smack hard if the children raised their voices. She had learned to be quiet and invisible to be safe. She still felt mild and timid.

The team leader felt sure he could use this information to help bring the two women together and help them resolve their differences.

Bill Phillips and Will Francis

In this module, Bill is the instructor for the ‘Conflict Management’ lesson.

Will Francis is a Digital Marketing Consultant, Trainer, and Speaker.

In this module, Will is the instructor for the ‘Crisis Management’ lesson.

Dealing With Conflicts and Crises

Every leader will be faced with conflicts between team members from time to time. Some leaders have to deal with major crises too, where the company’s reputation – and sometimes its very survival – may be at stake. This module can help you respond effectively in such situations.

You will learn how to manage workplace conflicts effectively when they break out. You will discover techniques you can use to deal with the warring parties and defuse their anger, as well as helping them to resolve their issues and find common ground.

You will also be introduced to the principles of crisis management. You will find out about the types of crises that typically affect organizations, and how you can prepare for them in advance. You will also learn how to handle crises in the short term, and the steps you can take to repair damage and rebuild trust with your customers in the long term.