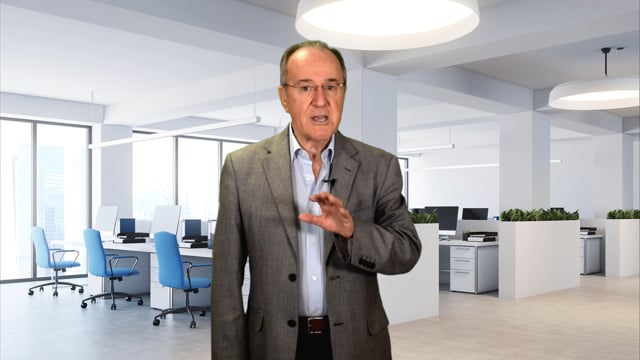 There are numerous triggers that can lead to conflict in the workplace. Leaders should recognize these triggers, and work to eliminate or manage them effectively.

When team members and employees are openly or even secretly punished or blamed for mistakes, defending themselves becomes a high priority.  A common response to being challenged is to deny responsibility, shift the blame, or even lie. When such defenses stop having the desired effect or others feel blamed or accused unfairly, conflicts are inevitable.

As a leader, it’s essential that you refuse to buy into or encourage such a climate. Remember, making mistakes cannot be prevented by rules and restrictions. They can be minimized though, or even turned to your advantage by becoming learning or training opportunities. Always encourage and support your staff.

Perceived favoritism, or unfair and unequal treatment, can take many forms. It could be either open and blatant, or secretive and subtle, and all shades in between. The fact that laws exist to address unfair treatment does not prevent its appearance. When employees or team members see others receiving either preferential or unfair treatment, gossip tends to flourish, respect is lost, and eventually protests and arguments may arise.

There are situations where people and their managers do not consciously set out to behave unfairly. Instead, it’s a case of lack of attention or ignorance of others’ needs leading to others feeling pain. Encourage an atmosphere of respect and appreciation. And always be vigilant and prepared to act quickly when complaints of unfair treatment arise.

Remember, there are specific behaviors that can fuel conflict. Developing, as a leader, a habit of vigilance, and of avoiding or refusing to tolerate these behaviors, reduces the likelihood of conflict arising.

This is unfortunately a common personal style, where individuals judge others, and even themselves, in ways that generate unpleasant feelings. Indeed, it is almost a reflection of life today, where education, politics, news and social media outlets make criticism and harsh judgment their stock in trade. It is a social habit. Even performance management systems drift commonly to judging employees’ performance, often in terms of what is lacking. Feeling judged, especially when it seems unfairly, provokes the same defensive routines typical of blame cultures.

This is a particularly serious trigger for conflict. It is almost always a secret activity, where one individual is subjected to pressure or threat by another. Frequently, it suppresses open disagreement or conflictual behavior because of the fear experienced by the victim. Watch out for the signs of bullying. These include sickness absence, stressful responses, or unexpected reduced performance in individuals who are normally good performers.

Swearing people to secrecy is one of the most corrosive behaviors in the workplace and feeds disagreement and conflict. Agreeing to keep secrets and not tell anyone is in fact collusion with this kind of behavior. Remember, when someone swears you to secrecy, they are often simply trying to protect themselves because they know that they are generating unrest or pain for someone else. The harm is increased by the agreement. It is admirable when a listener says, “If you want it kept secret, please don’t tell me, because I will not keep secrets!”

They are usually the behaviors of individuals or groups, and are not departmental or culturally-based. Remember that behaving this way does not necessarily lead to open conflict, but is already a conflict in itself.

The head of a marketing department was pressured by his CEO to override recruitment policy and appoint a young, inexperienced, and unqualified university graduate to the role of social media analyst. He was sworn to secrecy by the CEO. Unfortunately, the young man in question did not perform adequately and was creating a disaster. The Department Head then discovered that the young man was the boyfriend of the CEO’s daughter.

The Head of Marketing was so concerned about the situation, he realized that he could no longer keep the secret, despite the risk of exposing himself and what he had agreed to. He brought the matter to the attention of Human Resources. Investigations were started, and in time they unearthed more instances of bullying and cover ups. By not tolerating the behavior and refusing to continue with the secrecy, the Head of Department was able to improve the working life of all his staff.

Bill Phillips and Will Francis

In this module, Bill is the instructor for the ‘Conflict Management’ lesson.

Will Francis is a Digital Marketing Consultant, Trainer, and Speaker.

In this module, Will is the instructor for the ‘Crisis Management’ lesson.

Dealing With Conflicts and Crises

Every leader will be faced with conflicts between team members from time to time. Some leaders have to deal with major crises too, where the company’s reputation – and sometimes its very survival – may be at stake. This module can help you respond effectively in such situations.

You will learn how to manage workplace conflicts effectively when they break out. You will discover techniques you can use to deal with the warring parties and defuse their anger, as well as helping them to resolve their issues and find common ground.

You will also be introduced to the principles of crisis management. You will find out about the types of crises that typically affect organizations, and how you can prepare for them in advance. You will also learn how to handle crises in the short term, and the steps you can take to repair damage and rebuild trust with your customers in the long term.