The Purpose of Feedback 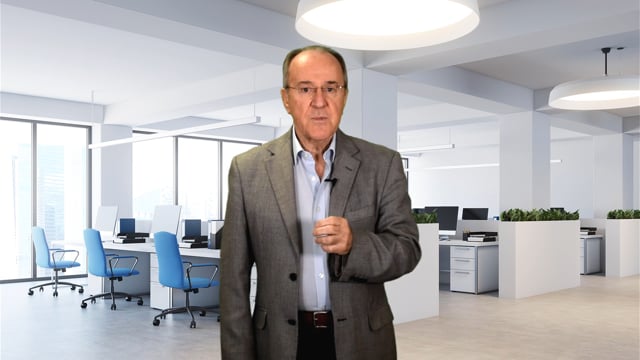 The Purpose of Feedback

People have always depended on feedback to guide behavior. In 1960, Professor George Miller and his team of researchers at Princeton University in the USA suggested 'Test, Operate, Test, Exit' as a way to describe units of behavior.

How does this apply to feedback? Well, suppose you set a goal for someone. First, the goal is tested to see if it is achieved. If the goal has not been achieved, you need to take action, or operate, to help to achieve the goal. And then you test again.

This cycle of test, operate, and test is continued until the goal is reached. At that point, you can exit. Each test is essentially a measure of how far off the target you are.

Think of it as an aircraft which zig-zags to its destination. It flies in the direction of the destination and gets blown off course by the wind. Each radio beacon on the way allows the navigator to measure how far off course they are and to propose corrective action to the pilot.

This is also the principle of feedback. You test to see whether someone is achieving their goals, and you take action if they’re not. If the person’s activity, like the aircraft, is ‘off course’, the feedback is to do with how far off course they are. But if the person is ‘on course’, the feedback becomes positive, or confirmatory. Positive feedback, especially as praise or celebration, is a powerful motivator.  When given skillfully, so-called negative feedback is also motivating.

So the intention of giving feedback is to correct course when team members have gone off course. You want to get them back on track so that they can achieve their goals. Regular feedback should, in time, reduce the amount of ‘zig-zagging’. It increases efficiency as team members are better able to gauge their actions and stay on course. Leaders should recognize that feedback is a valuable and necessary part of managing performance.

How can you ensure that your feedback is effective? Well, first the goals or instructions need to be clearly understood, and often poor feedback is a result of unclear goals in the first place. Effective feedback has two key characteristics. First, to work, feedback needs to be precise enough to indicate how much correction is needed. Feedback can help team members to correct their course, but only if it is specific. When they know how to correct what is not working, they have the best chance of success.

Second, feedback also needs to be timely enough to minimize drift. Once an aircraft goes off course, the pilot needs to know as soon as possible! Feedback given too late is unlikely to be effective. When you offer feedback as soon as you notice problems, you can reduce delays and costs. And you also help to maintain good working relationships.

Sometimes, managers or leaders are reluctant to give feedback because they are afraid it will not be well received. However, a crunch point is usually reached when it can’t be put off any longer and feedback must be given. And then the team leader is asked the inevitable question: “Why didn’t you tell me before!”

You have delegated Instagram updates to one of your team members. However, you notice that the posts contain careless errors, leading to negative comments. You know that the team member is not very receptive to feedback, but you’re worried that the mistakes are completely undermining the campaign, so you have to take action. The longer you wait, the worse the problem will become.

After gathering comments about the mistakes, you decide to talk to the team member. First, you praise the team member for the creativity that’s evident in the posts. You then point out that careless mistakes are unfortunately distracting target audiences from the creativity.

At first, the team member gets defensive and rejects the criticism. Small mistakes don’t matter, he argues. So you show him some of the negative comments on the posts. The team member then points out that he feels under pressure to prepare all the posts each week and doesn’t have time to double-check everything. You then both work out a plan to reduce the number of posts he prepares and ask another team member to check each post before it goes live. If you hadn’t given this feedback, you wouldn’t have known that the schedule was too aggressive for the team member, leading to an inevitable fall in quality.