The Difference Between Coaching and Mentoring 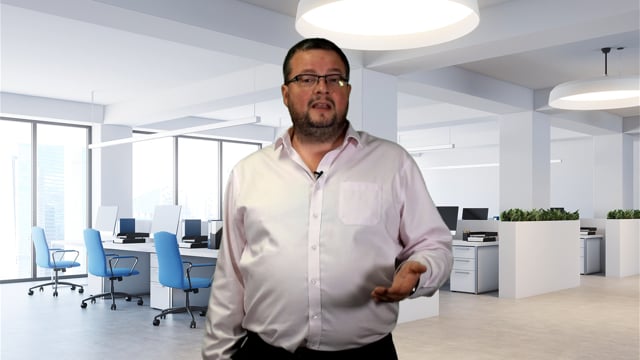 The Difference Between Coaching and Mentoring

Coaching and mentoring are powerful human interactions that are highly valued in the business world. Indeed, you might think that they are the same thing. Coaching and mentoring do use the same communication skill sets. However, they are undertaken by people with different qualifications who have different working relationships with their clients.

So to begin, what is coaching? It is generally viewed as being a short-term relationship with a set timeframe. It is structured and formal, and focuses on a specific set of agreed objectives.

Mentoring, on the other hand, is a longer-term process. It is based on mutual trust and respect. And unlike coaching, it is more focused on creating an informal supportive association between the mentor and mentee.

Let’s consider coaching in a bit more detail. First, the focus is on personal development, personal behavior, and issues that arise at work. The coaching objectives are focused on achieving specific and immediate goals. A coaching relationship generally has a set duration. And it is usually short-term, and focused on areas and issues for specific development. The coaching involves a structured program of scheduled, regular meetings. And often, the coach does not have direct experience of the client’s role or sector. The exception to this is when the coaching takes place in-house within an organization.

And what about mentoring? Well, with mentoring, the focus is on career, personal development, and networking. In fact, the mentee sets the agenda for the relationship. A mentoring relationship is ongoing and takes place over a long period of time. Rather than focusing on immediate goals, it concentrates on the person and their development. The setup is usually informal with meetings taking place on demand. The mentor is more experienced, and often older, and usually has better connections in their network.

The key focus for a coach is to enable the client to improve upon their performance and habits to form positive behaviors. They rarely give advice. The mentor, on the other hand, makes direct suggestions from their own personal knowledge and experience, and gives the mentee specific advice.

An effective coaching process relies on behavioral surveys, assessments, and 360 reviews. The results of these then inform the direction of the intervention as the coach uses them to focus on the areas of need. In contrast, mentoring does not rely on such systems and surveys. The focus in mentoring is on competencies and experiences gained over time.

A mentor is usually highly experienced and qualified in a specific area of business expertise. The main aim of mentoring is to transfer the experience gained to someone less experienced and help the mentee grow in their – sometimes shared – field of expertise.

Coaching, however, is role-specific and skills-focused. Except in the case of in-house coaching, the coach does not need to have direct experience of the client’s role or sector. They help their clients progress from objective A to B, even if they aren’t experts in the coachee’s sector.

Another way to think about the difference is to remember that coaching is performance-driven and mentoring is development-driven.

The aim of coaching in a business is to improve on the performance of an individual or team for the ultimate benefit of the organization. Usually it aims to address a skill or behavioral shortfall or a dip in performance or capability. The duration of the coaching is usually just to address this specific identified behavior.

The aim of mentoring, conversely, is to develop and support the mentee in their current job and equip them for the future. The mentor should not be the mentee’s line manager, in order to reduce the risk of conflict.

Mentors and especially coaches need to guard against blurring their roles. For example, over the duration of the coaching relationship, coaches may become directive instead of facilitative. Being facilitative is hard. It requires a constant focus on asking the right questions in the best way to allow the client to look inwards and improve their self-awareness. This then leads to identifying objectives and setting goals to improve upon their behavioral performance. As a leader, you must gain permission before you move between coaching and mentoring, to avoid confusing the coachee or mentee.

Coaching and mentoring in action

A social media marketer was at a watershed in his career. He was suffering from self-confidence and about to turn 40 years of age, so he sought the services of a coach. Initially, the agreed coaching objectives were to build self-esteem and replace the negative self-beliefs that had somehow become part of his everyday life.

Through the coaching process, the marketer developed a new outlook on his professional working relationships. He explored new pathways to self-belief. And he built up his confidence in many different ways, such as taking up new hobbies, including cycling and half-marathons, and volunteering for charities.

An early win occurred when the marketer joined Toastmasters, despite admitting an intense fear of public speaking.  With the support of the coach, he was within a year elected Treasurer and then Vice President Education of Toastmasters!

In time, the marketer’s initial coaching objectives had been reached – and exceeded. So he and the coach mutually agreed to change their relationship to that of mentor and mentee.

The marketer continued to develop. He began to explore more deeply some of the possibilities that had been unearthed during his coaching experience. In fact, he eventually decided to travel worldwide to grow personally and professionally. And his mentor set up internships for him in Saint-Petersburg, Delhi and New York.

In 18 months, his life had changed in almost every aspect. Of course, it hadn’t always been easy. But he found his existing friendships deepening and now found it easier to make new friends. On top of that, he was now doing things instead of just thinking about them.