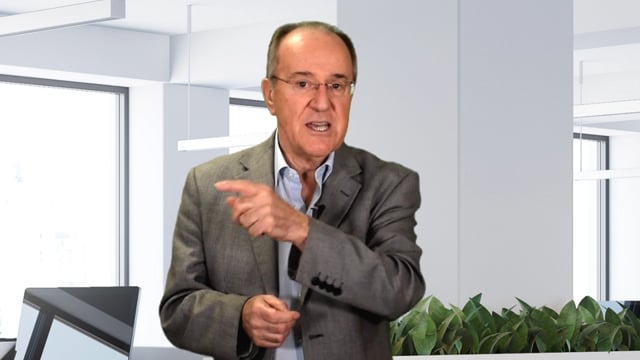 Feedback relating to restoring discipline, correcting mistakes, or preventing unacceptable behavior is commonly referred to as negative feedback. If skillfully delivered, it can be received positively and reinforce desired behavior and performance. To increase receptivity to your feedback, remove judgment, use clear descriptions, and where possible, start with questions.

There are best practices you can follow when delivering negative feedback.

Give feedback in the manner of a neutral outside observer

This can help avoid negative reactions by taking the emotion out of the situation. To do this, take up a position beside the receiver of the feedback. Then say you would like them to imagine re-living the incident or event that led to this feedback. Suggest they imagine you are both watching it on video, and ask them to refer to themselves in the scene as 'him or her over there'.

Ask them if what happened was what they intended. If they had a chance to be there again, what could he or she do differently? This way of talking avoids any sense of confrontation, because the conversation is about him or her over there. It’s a dissociated point of view. And inviting self-feedback and possible solutions from the receiver in this way can increase agreement and buy-in. It may also increase respect and remove any need for disciplinary action. If you avoid making judgments or offering your opinions, you leave the person free to create solutions that seem doable for them.

Frame any suggestions you make with the words "What if?". Gain their agreement first by saying, “I have some thoughts too about what I would like from you. Can I tell you what they are?” Then say, “What would it be like if you did this from now on? What if you did that, what do you think would happen then?” This way of talking invites the receiver to imagine possible outcomes and either accept, reject, or modify the suggestion. Whatever they propose in response is their idea, and their commitment to it will be greater than if it felt like your idea.

A computer programmer, named Gerry, was being interviewed by his team manager for verbally attacking and shouting at a team colleague and almost coming to blows with him. The fight in an open plan office in front of 20 other employees had been stopped by a third person, and the programmer had been named as the person who started the fight.

The manager started by saying this was a serious incident and really must not happen again. He had arranged their chairs at right angles, side by side. He said, “Gerry, how about if we could see Gerry there by the wall, as if someone had filmed that fight on their mobile phone.”

The manager asked the programmer to talk about “the Gerry over there”. As they ‘watched’ the scene again, the programmer admitted that ‘Gerry’ probably over-reacted. He can see that his colleague was just having a bit of fun teasing him, and things got out of hand.

Gerry promised that he’d keep his cool the next time. He could either ignore the teasing, or talk calmly to the colleague about it.

The manager then asked Gerry if he’d like to hear his suggestion. Once Gerry agreed, the manager asked, “What would it be like if Gerry were to give feedback to his colleague?” just like the manager was giving to Gerry.

Gerry agreed that this would indeed be a good idea!