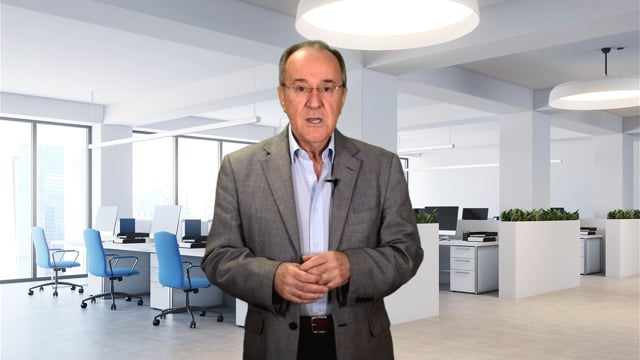 What is emotional intelligence?

Emotional intelligence refers to the ability to be aware of, and manage, your own emotions, as well as the emotions of others. To have emotional intelligence means being able to choose how to feel. This ability benefits not just you, but also the people around you, and enables you to maintain and enhance your working relationships.

A newly appointed Training Officer was stopped in the corridor just an hour after starting work on his first day. The person who stopped him asked him sternly, “Are you the new Training Officer?”

“Yes, how do you–” he said, as he extended his hand. The hand was refused and his greeting interrupted.

“I put in an expenses claim and your people haven’t paid me yet! Where’s my money?!!!”

Shocked by this rudeness, the Training Officer responded, “Well, I’ve no idea, I’m not here an hour yet. But I’ll certainly look into it for you. Would you be kind enough to introduce yourself?”

This was emotional intelligence in action. Although he was initially shocked, the Training Officer recovered quickly, realizing this was not a personal attack. This person knew nothing about him, and for all he knew, he might behave like this with everyone. So he chose not to rise to it.

The three key components of leading with emotional intelligence are:

Leaders should practice, and aim to master, each of these core components.

In order to improve your ability to choose your reactions, responses, and feelings, you first need to become aware of how thoughts and feelings are interconnected. We give our feelings names like fear, anger, happiness, tiredness, anticipation, and so on. Whenever you notice any feeling, there is always a thought or a set of thoughts that either create it or hold it in place.  If you have the presence of mind to notice your thoughts and let them go, the associated feeling will go too. If you are able to choose a different type of thought, the new one will bring with it a feeling to match.

Practical ways to learn this include a way of sitting quietly paying attention to thoughts entering the mind, letting each one go, and noticing what thought turns up next. Giving your attention and energy to more positive thoughts automatically gives rise to more positive feelings. Practice makes this possible.

Observing other people as they interact with one another will help you to understand how we interact at an unconscious level. Pay particular attention when you see people interacting in a way that makes them look or sound alike. They may mirror one another’s posture, tilt their heads to keep their eyes in line, rest their head or chin on one hand, or cross arms and legs in the same direction. Listen out for similarities in the pitch of their voices, voice tones, volume, or emphasis. Notice also how they seem to affect one another’s mood or state. It is not necessary to notice everything, just allow yourself to pick up on whatever stands out easily for you at first. Confine your study to a few minutes here and there and be subtle - otherwise people may wonder why you keep staring at them! What will become evident over time is how sensitively - and automatically - we respond to one another in mood or appearance and how readily people entrain (or synchronize) with one another.

Being able to influence people interpersonally, that is, not through reward or punishment, but through how you interact with them, means being capable of joining them in the state or mindset they are in, and then leading them to one that is preferable. The skills of connecting by building rapport are what makes the similarities I just mentioned work. Rapport, which is a connection with the unconscious attention of another person, is the foundation to this joining effect. Knowing that you can lead in this way is a key aspect of non-verbal influence and the application of emotional intelligence.

Because you will have observed people adjusting to one another automatically, you may be able to recognize that, if you just spend a second or two consciously aligning yourself with people you speak to, automatic pilot quickly takes over, and then you can stop thinking about alignment issues and simply focus on the discussion. To practice this type of rapport building, at any moment in a conversation, pay attention to the centerline of the other person’s upper body, the angle of their shoulders, and how their eyes line up with yours. Being subtle, roughly align your body into an approximate mirror image of theirs, and straight away forget about it. That way, you can keep your attention on the conversation and just subtly notice from time to time how well you stay aligned. This is a key element in improving your ability to connect with other people, manage your relationship with them, and ultimately to influence them.

Let’s look at an example of these skills being applied to solve an ongoing issue at a food manufacturing unit:

A buyer from the national chain stores was always rude and bad tempered when she did an inspection visit to the factory. She would often reject pallet-loads of product saying they were not good enough, and then walk off. The team would spend days afterwards trying to perfect the presentation of the product, and out of fear of losing the contract, no-one had the courage to challenge her.

On one occasion, she had just rejected three pallet-loads of a brand new product about to be delivered into the shops, and the panic was palpable. In that moment, the engineering team leader spoke up. “Before you go, could I ask you a question?” The fury in the buyer’s gaze could have melted ice cubes.  He remained calm and respectful.

“I know you’re incredibly busy and I don’t want to hold you up, but if we could make it easier for you would that be helpful?”

“Only if it saves me time!” she retorted looking at her watch.

“Could I ask you what specifically makes you say these are unsuitable?”

She jerked out a finger pointing to wrinkles on the end wrapping of packs of biscuits.

“Ah, it would take us just three minutes to run a sample to correct it,” said the team leader. “If that works, would you accept it?”  It worked, and she did.

A precedent had been set and it saved a considerable amount of time and money for the company from then on.