Getting the Best Results 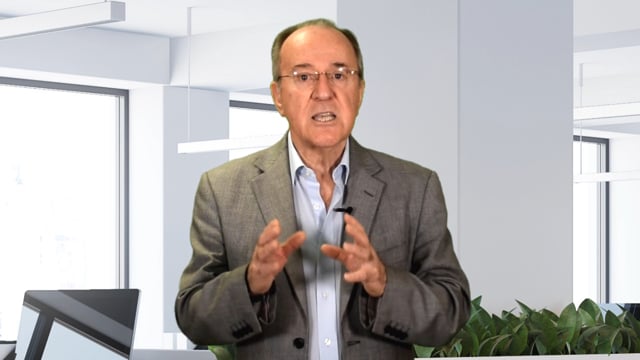 Getting the Best Results

How can you ensure you get the best results when you delegate a task? As a team leader, you can follow a number of key principles.

First, clarify your intention for delegating work, a task, or a project. And second, describe the scope of the work. In other words, specify what is expected and when, and how exactly it will be delivered. However, take care not to specify how to do the work itself. It is the job of the person receiving the instruction to figure that out!

The third principle is to agree timescales. You also need to define how you will monitor the work and track progress. And, above all, agree what support and resources will be needed.

Let's look at an example of these principles in action. A team leader in an international United Nations-related organization spent two years developing a high-level financial controls policy, with accompanying Information Technology to drive it. A new Executive Director joined the company and decided he wanted the policy to be radically changed to meet certain criteria that he had in mind.

This was a huge task for this team of one leader and two assistants. Needless to say, the team leader was unsure about whether or how he might delegate the project to the more experienced of his two team mates. His thoughts were, “I know this project inside out – I built it and did all the research. This change will require fresh research, and a major re-working of the software. The only trouble is, it increases my workload so much that I’m feeling overwhelmed by it.”

He was concerned that his assistant might not have the skills and experience to do it well enough. He then realized that, for that exact reason, this could be a perfect development opportunity if he delegated it well. It would also avoid his prejudice about changing something he had worked so hard to produce. His assistant could come to it with fresh eyes and re-create it without struggling emotionally to save existing elements that might slow things down. If he delegated all of it, he would have the space to support and coach his assistant when it might help him.

So, this is what he did. First, he checked through the scope of the project to ensure he could explain it to his colleague. He realized much of the way it was presented to him reflected his knowledge and experience and would need spelling out for his assistant, so he noted those parts.

Second, he ‘framed’ the project for his assistant by telling him his purpose was to offer him a great chance to upgrade his skills and knowledge, pointing out a couple of examples of new things he would learn. He also said he would explain specifically what needed to be delivered at each stage. The project would likely take one year to complete.

The third step was that he asked his colleague directly how he felt about taking on this task and was pleased at the excited response. The project had specific demands that his assistant had been wanting to train in for some time, and it would provide the opportunity.

Fourth, as he discussed what was to be delivered and when, he was determined to be precise. At each step, he asked his assistant to repeat back what he said to check understanding and correct anything mis-heard.

Next, he specified how and in what form he wanted to receive the deliverables. However, he also explained that he was not going to specify how to do the work. He trusted his assistant to use his skill and creativity in how he would go about it. They agreed a system of regular check-ins to track progress. They also agreed that if at any time his assistant discovered any block that might prevent him from meeting a deadline, that he would tell him straight away so they could work together to clear the block and reduce delays.

The sixth, and final, step was that he took care to ask his colleague, “What do you most need from me to help you do this well?” The response was access for advice or information any time he felt stuck. He also asked for complete freedom to explore good ideas without having to ask permission first. The only condition the leader attached to that was a spending limit above which he would need to ask for authorization.

The leader's key challenge was now staying out of the way and letting his team member get on with the task. He made a commitment to himself that if he found himself tempted to get involved because of his emotional ties to his original project, he would remind himself that the reason the Executive Director wanted it changed was because it was no longer fit for purpose.