So now let’s walk through each of Twitter’s ad formats.

A Promoted Tweet is existing or newly created tweet, promoted to a large targeted group of people.

First View is exclusive ownership of Twitter’s most valuable advertising real estate for a 24-hour period. When users first visit the Twitter app, or login to twitter.com, the top slot in the ad on a timeline will be a promoted video from a brand who bought the first view of the day.

Promoted Accounts are suggested accounts that people don’t currently follow, which will appear in the home timeline or as a tweet, or as a recommendation of the who-to follow section in the search results.

A Website Card is a promoted ad format used to drive website visits, conversions, and showcase an image giving a website preview with a short description.

An Image or Video App Card is a promoted tweet format used to drive app installs or app re-engagement. It showcases an image or video, your app description, and a CTA button linking to your app, in the App Store or Play Store in a specific deep link within your app.

A Lead Gen Card is a promoted tweet format that allows users to quickly and securely share their email address with you.

A Conversational Card is another promoted app format that is used to create engagement, showcasing compelling images and video, and up to four CTA buttons with customizable hashtags, prompting users to spread your message to their followers choosing one hashtag.

A Direct Message Card is a promoted tweet with a video or image and up to four customizable call-to-action buttons, each of which directs users to a different part of your chat bot via different welcome messages.

Amplify is a promoted tweet using sponsorship deals between a publisher and an advertiser, showcasing the publisher’s original content, a tweet with video proceeded by the advertiser’s ad.

Promoted Moments is a promoted tweet format including moment cards, leading to a brand’s moment.

In just two clicks, you can promote a specific tweet without having to use a full Twitter ads campaign workflow. This is a great option to use for events and when you’re on the go. Maybe you have a special promotion going on and you want to spread the word quickly, click on activity icon for any tweet in our timeline on your mobile phone or from your computer or select a tweet in your tweet activity dashboard, or one of your top performing tweets in account home.

Set a budget and Twitter takes it from there. 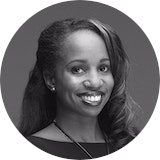