And, it’s important that you need to identify, now within your budget, what actually can you achieve? So, really interesting one is how many people are in your target audience? That’s going to tell you roughly how much ad spend you need. Like, if you need to reach two million people, that’s not going to happen organically. You know, you need to identify how much budget you’re going to need to start to allocate to ad spend. And, how many people could you realistically service as customers in a given year?

How many customers have you targeted for the year? What percentage of them would be a healthy amount to get from social media? 10%, 15%, 20%? Try not and push yourself to try and do too much too quickly. How much money are you willing to invest in social media? So, how much in total are you willing to invest? Because, if the first question said that, “Oh, I need to spend $20,000 a year to service an ads account,” and straightaway you realize now, “Oh, I thought I was only going to spend $20,000 this year,” then you know that your expectations are out of whack, and you need to go back to the drawing board and figure out where you should be in terms of your spend. Are you under-investing and limiting your impact? This is what a lot of businesses do, is they’ll throw €100 a month on ads, and they’ll spend €2,000 to €5,000 a month on actual creative. Why are you spending €100 on something that cost you €5,000 to make? It doesn’t make any sense.

You need to find balance within what you’re doing, and we’ll talk about this in a lot more detail. But straight away, you start to identify these problems not because you’re going to fix them straight away, just because you’re going to put them into your head to make sure that you understand them, to make sure that, as you go along, that you’re making sure these aren’t mistakes that are made. Are you allocating enough ad spend? We said this already: How many people are in your target audience? How much are you going to spend on your ads? And, are you really getting there? Are you reaching the right amount of people? Have you allocated enough budget to cover busy months or campaigns?

Something that a lot of brands do, which is a huge mistake, is taking their budget and dividing it by 12. If your products and you have a Christmas period, you can’t divide it by 12. You need to understand the ratio of the importance in the months. Take your 12 months and start to write in, out of 100, what percentage of dedicated time, and resource, and money needs to go into each specific month.

What you need to look at is really detailing line-by-line within the sections that are important to you, such as team costs. So, you know, you have your salaries, you have training dedication, you have recruitment, if you know that in a specific time you want to hire more. You’re starting to plan this out.

How much will be spent on Facebook on ads, on Twitter, and on Instagram? Are we allowing for space in our budget? If we know that Snapchat, at some stage before the end of this year, will launch an ads platform, are we prepared for that? Do we know that we have the ability to implement those ads straight away? Because being the first mover, for some brands, is very important.

This is something that we’ll discuss in more detail, but do you have an agency? If you use an agency for production, for media buying, for management of your profiles, are you allocating enough spend to allow that agency to fulfill their work? And, working for an agency, sometimes a client has, all of a sudden, not got any budget, yet they want you to deliver the world to them. So, you need to understand, how much money are you allocating that agency versus your expectations of what they’re going to give you.

As you grow, and as you become more developed, tools become something that make your team and make your work more efficient, and it’s important not to overlook the benefits they can offer. So, I’ve put in here tools that we use in terms of like, social listening. We use a brand watch, and in terms of management tools, we actually use a really simple tool called Spread Social. Some brands use more expensive tools like Sprinklr, but it’s to understand what is the size of your job, and what actual tools are going to benefit you.

But making sure that you’re allocating all of this budget together, because then, very quickly, you have a blueprint with costs allocated to it, and you can go to your superiors and you can put on their table and on their desk. You’re not going to them with the number and saying, “This year I need 95 grand.” This year you’re coming to them and saying, “I’m going to need 95 grand, and here’s absolutely every single thing I’m going to need it for.”

There’s always that struggle between creative and media trying to get budgets. Now, what can happen here and can become dangerous is your ratio being imbalanced. It can be imbalanced in both ways.

The first is being imbalanced towards creative. If you’re allocating in excess of 60% of your budget to creative, then you’re actually not servicing the creative that you have spent so much money on to actually deliver it through ads.

Now, the reason that that’s important is because creativity alone will not deliver anymore. And, back in the day when Facebook decided things were viral, and showed it to a lot more people, you could go viral a lot easier. However, now with the organic reach decline, these platforms are commercialized now, and they want you to buy ads, and that is how you reach people. But it’s important that you don’t put them out of balance.

Same goes for spending too much on media and not enough on creative. Why spend so much money just shoving something in front of someone’s face, that has no creativity and is not designed to create engagement or actually encourage them to respond to you? So, again, the challenge is to find the balance. That isn’t always necessarily 50/50, sometimes it’s 60/40 in favor of media, sometimes a 60/40 in favor of creative. Sometimes there are examples where you can go beyond 60 for creative. You just need to know that it is the right idea, and that you’re using other ways and means to actually reach people, whether it’s using influencers in the idea, whether it’s using celebrities. It’s to make sure that if you’re not going to be spending the money on ads, that you’ve got something else that’s going to fill that gap.

And an important thing, and this comes from me working in an agency, is the ability to understand requirements and costs. Everybody wants to do the huge, amazing, first-time-it’s-ever-been-done campaign on social media. The challenge that I have is that if you look at the graph, is that, as we get more complex, our costs go up. And, what you need to understand more importantly is that if you’re using an agency, is that sometimes ideas that you have in your head that seem simple, actually aren’t that simple, and actually involve quite a lot of work.

So, a simple post that is being written for a Facebook page, that requires a copywriter. It also requires an art director and a creative director to come up with the asset that’s being used. So, remember that the things that you put out on social media can be done simply. And, if you want it done simply, you should do it yourself.

But, if you’re using your agency to use a third-party for more creativity, and the access to using technology or better design, then you need to be prepared to actually pay for it. Now, that comes with its own warning in that you shouldn’t just throw your money at an agency; where possible, do as much as you can in-house, because in-house is where your people will learn the most, and it’s where actually you will get the most success because they’re the most attentive. Your agency is going to be dipping in and out, hour by hour, and that comes from someone who works in an agency. We can’t spend eight hours of the day working on your business, we have multiple clients. What you can have is your employee work eight hours a day on your business, or you yourself, which brings us to the next section which is talking about ownership models. 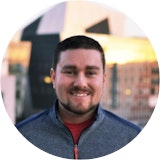