The old mindset used to be, “How can we trick Google?”

It might be, “I’ll pay a webmaster to link to my site, and I’ll get a really good reputation”. Or it might be, “I know what, I will get another website to link to me with the keyword that I want to rank for, and that means that Google will think I’m relevant for that keyword”.

So many people were breaking Google’s guidelines going back a few years ago, or even longer, that it got to the point where if you were in a competitive industry, maybe 70% of the first page of Google was doing black hat activity to some level. And that was kind of old mindset. It was “Let’s try and fake it”.

Penguin is a sub-algorithm, and it’s to do with analyzing the quality of a backlink, and it was first released in 2012. And prior to that, the risk of being caught for creating fake and unnatural backlinks was very, very low, and the reward was very, very high. You’d get good rankings and your business would do well, so, a lot of people used to go down that black hat route.

And then when Penguin got introduced, the first version, it was good at working out fake backlinks, but it wasn’t perfect. And as it got more sophisticated and it developed, Google developed Penguin further. It got much, much better at detecting when a backlink is artificial, to the point now where it’s very high risk if you’re going to go for the black hat link building approach.

When we’ve got really good content, we definitely want to promote it within our industry. And, because we’ve connected with those key influencers, we’re going to promote it to them as well. It’s about getting a little bit smarter with our outreach. It’s about getting smarter with the content that our industry wants to read, not just our customer wants to read, but getting a good balance between the two.

Google says that you shouldn’t pay a webmaster to link to your site. Now, we’ll look at an exception to that, but as a general rule that isn’t something that you should do and it’s considered black hat SEO.

You shouldn’t ask a webmaster to link to you in a certain way. So, within a hypertext of a link, those words are what we call anchor text, and if you wanted to rank for “Australia Holidays” and you’ve asked five bloggers to link to you with that phrase, that isn’t the type of thing that Google wants you to do. That’s breaking their guidelines.

Also, avoid outdated link building techniques, so maybe in 2010 or 2012, people were building links through directories and article submissions, and these were done on a very mass scale. And whilst they were never considered that high quality, they were effective. But, as Penguin’s got smarter, these are kind of outdated techniques that you shouldn’t be doing.

When it comes to building backlinks, we want to understand the concept of no-follow links and PageRank.

Let’s imagine that, for advertising reasons, you want to pay a blogger to link to your site. Now, Google can’t stop you doing that, because it’s an open web. But what would happen is if you paid that blogger some money and they link to your website in a normal way, then the HTML of that link wouldn’t include a no-follow attribute. It would be just a regular link.

Google says that, when it comes to that link, if you are paying some money or they’re getting some financial gains, you need to change that link and to add in what’s called the no-follow attribute to the link. So, you can pay people to link to your site, but it needs to have that no-follow attribute.

There are links on the internet that have these no-follow attributes. It doesn’t mean that they’ve always been accepting payments. So all Wikipedia pages are no-followed. And if you comment on a blog and you link to your website through the comment, the chances are it’s also no-followed. So, no-follow is kind of impartial. It doesn’t pass PageRank and reputation, but it doesn’t say the website’s bad either.

Checking whether a link is no-followed

Here, we’re looking at the references on a Wikipedia page. And if you right-click on the link in Google Chrome or another modern browser, there’ll be an option to inspect the link, and then the HTML will pop up at the bottom of the browser. And in this case, we can see that there is a no-follow attribute, and Wikipedia has just decided to no-follow all their links, so that’s how you would check that out. 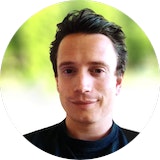