The Kardashian’s Guide to Smashing Social Media: What’s The Secret?

Kylie Jenner was recently named as the world’s youngest self-made billionaire. Aged just 21, her cosmetics empire– bolstered by a formidable social media presence and a reality TV career since childhood – has taken the youngest member of the Kardashian-Jenner tribe to the upper echelons of entrepreneurship.

Her equally social-savvy sisters; Kourtney, Kim, and Khloe Kardashian, and Kendall Jenner, have between them amassed a total of 550 million devoted followers on Instagram. Their popular TV show, Keeping Up With The Kardashians, has run for 16 seasons and attracts more than a million viewers per episode.

And the train shows no sign of slowing down. Kylie Cosmetics made $360 million in 2018, and an exclusive distribution deal was signed with beauty retail giant Ulta last November. Kim’s KKW Beauty line has contributed to her net worth of $350 million. Kendall became the world’s highest-paid model in 2017, and the next generation aren’t far behind their famous parents!

What is it about the Kardashian-Jenners that makes them such a successful force in social media, and how do they transform that success into cold hard cash? In this article, we’ll reveal the secrets of how it’s done. 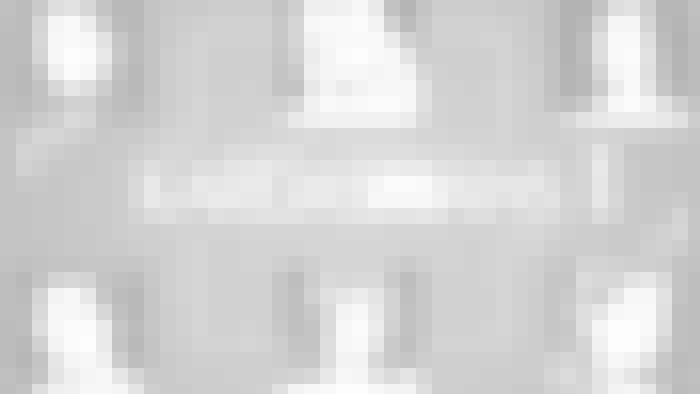 As the matriarch of the Kardashian-Jenner clan, Kris Jenner has developed a reputation for shrewd and clever business decisions; creating a family brand that’s built on the strong personalities, memeable storylines, and the all-out drama shown on Keeping Up With the Kardashians.

In fact, bolstered by daughter Kim’s rising fame in the mid-2000s, it was Kris who originally pitched the idea of a new reality TV show to Ryan Seacrest. Seeing an opportunity to develop the next big celebrity reality sensation – and so, emulating the earlier success of The Osbournes – Seacrest’s newly-formed production company took it on. The rest, they say, is history.

In a masterstroke of negotiation, Kris ensured that she was listed as an executive producer from the start of KUWTK’s run in 2007. This has not only allowed her to be at the top of the decision-making tree with regard to production but to reinforce her position as the head of the family.

And it’s not only the show that has put Kris Jenner on the map. She has managed Kim’s career since the early days of her fame, born of Kim’s friendship with mid-2000s mega-celebrity du jour, Paris Hilton.

It’s that level of experience and determination that has extended to the rest of her children. Kris manages – or has managed – all of them at some stage, using her nous and connections to secure countless lucrative business opportunities.

Most importantly, the Kardashians simply wouldn’t be where they are now without their momager. Kim had early success as a relatively minor celebrity, but it was Kris who transformed fleeting stardom into an empire for the benefit of all her kids.

Not many of us will have parents so involved in our careers, but the principles of taking every good opportunity, switching negative situations into positive outcomes, looking from every perspective, and being tactfully audacious, are those that all of us can implement. 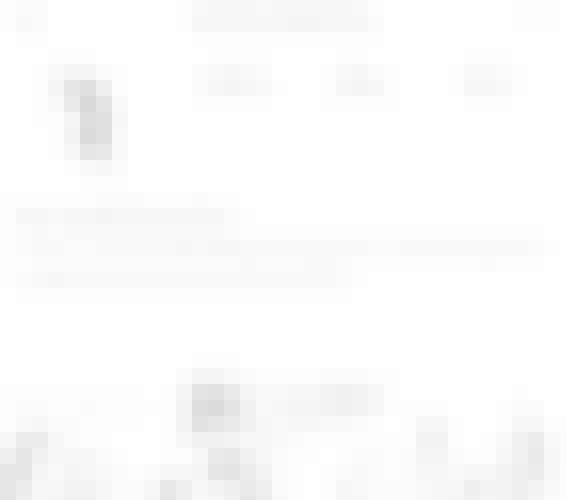 You don’t need to be a devoted superfan to know pretty much everything about the Kardashian-Jenners. It’s all out there – for better or worse! The extent to which the family shares – or overshares, depending on your opinion – has been a constant source of admiration, consternation, and, most importantly, attention, for almost a decade.

All of the sisters are active on social media, with Instagram proving the most popular for updates large and small. Certainly, all of the Kardashian-Jenners post their best pictures, but they’re also willing to be candid, spontaneous, and – crucially – vulnerable with their millions of followers. They understand what their audience enjoys, and tailor their posts in such a way to maintain that connection.

Kim talks about the reality of life as a mom, Kylie gives her fans sneak previews of new lip shades, Khloe and Kourtney constantly check in with Instagram stories and Kendall posts from her latest modeling gig. Through Instagram, followers are effectively given a ‘behind-the-scenes’ look at life in the spotlight. It’s like Keeping Up With the Kardashians but in an unscripted, unedited, and intimate format.

Through their social media channels, the sisters are able to build and direct their own constant narrative. They are are businesswomen, mothers, models, spouses, superstars, and regular women, all at once.

Personal connections are powerful. In business, this principle nurtures customer-brand relationships, encourages loyalty, and drives sales. In short; it’s a clear route to success. By making themselves ‘accessible’, the Kardashians have built a prospective customer base that’s hundreds of millions strong. 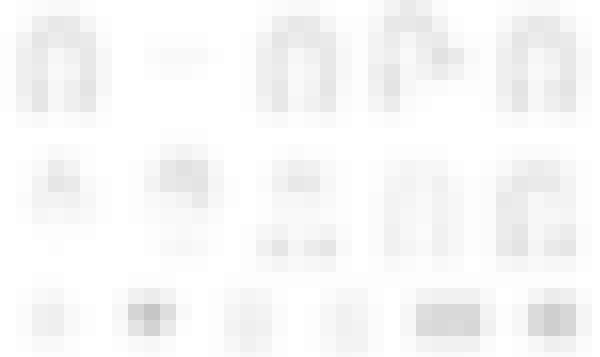 Having millions of adoring fans is all well and good, but for mega social media influencers, there is a huge opportunity to transform popularity into paper. The Kardashians have excelled at this.

It began with collaborations and sponsorships. Kim, Kylie, and Khloe have been criticized for their endorsement of Sugar Bear Hair, a vitamin gummy company, on Instagram. But brands aren’t concerned; exposure is everything, particularly when such a huge audience is watching. Kim and Kylie can now command $1 million per Instagram post.

Their sisters make six figures for single product endorsements. As well as producing KUWTK, Kourtney earns big bucks from sponsored posts. And when she’s not walking the runway, Kendall Jenner makes millions from endorsements; with brands like Calvin Klein, Marc Jacobs, and Adidas choosing her to front social media campaigns.

The extent to which the Kardashian-Jenner family have been able to leverage their notoriety into revenue is impressive. But it doesn’t stop with other brand’s products.

Kylie Jenner has a net worth of a billion dollars; not in spite of her social media success, but because of it. The first drop of Kylie Cosmetics lip kits sold out in one minute. No other inaugural product launch has come close to that level of success. And where did the promotion happen? Not on KUWTK, not on TV, not even on other websites; everything centered on Kylie’s own social media presence.

Spurred on by her sister’s success, Khloe launched her own collection under the Kylie Cosmetics umbrella. Kim also had a line of lip products, before branching out with her own brand in 2017. And don’t forget the infamous Kimojis. With Kourtney now developing her cosmetic company, it’s clear that there’s still a lot of money to be made from the Kardashian name.

Nobody generates hype with greater finesse than the Kardashian-Jenners. Whether it’s a dramatic trailer for KUWTK, sisterly spats on Twitter, or teasing new projects on Instagram, the girls have got it down to a tee. In fact, Kim was expected to ‘break the internet’ in 2014 with a suggestive photo shoot for Paper magazine. It doesn’t even need to be to promote a specific product – the Paper spread didn’t promote anything – because the exposure is enough to draw interest and channel it into a series of actions that will make money.

The same can be said of the Kardashian & Co clan’s newest generation. Rumors of Kylie Jenner’s pregnancy began to swirl during the fall of 2017, but were met by an unusual wall of silence from the family, and most notably, by Jenner herself. In fact, she only acknowledged her pregnancy publicly after she had given birth to Stormi in early 2018, with a heartwarming video and, gradually, a flurry of Instagram posts.

This was a startling change for the family. Although Kylie’s pregnancy was clearly a personal matter, public interest in any snippet of confirmation dominated celebrity news in the winter of 2017-18. Fans flocked to Kim’s Instagram to check the Christmas countdown of family pictures, hoping to spot Kylie with a bump. Although that didn’t materialize, the exercise did maintain a hype around the Kardashians and Jenners during the lucrative holiday season. Kylie Cosmetics’ annual earnings for 2017 came in around$386 million, and KKW Beauty made sales of $100 million in its first year. The boost in publicity certainly didn’t harm the sisters at the checkout.

The Enduring Power of Aspiration 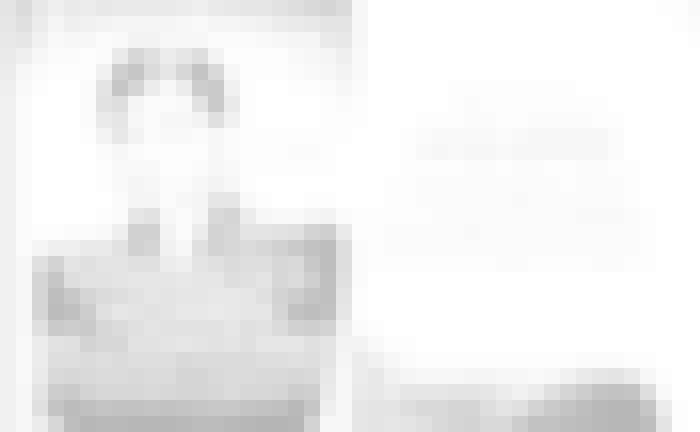 The Kardashian-Jenner story is hardly one of the rags-to-riches. Robert Kardashian Sr was a successful lawyer, Caitlyn Jenner was an Olympic champion, and the girls grew up with relative privilege. Their story might better be filed in the ‘riches to bigger riches’ category!

But their meteoric success has really grown from an unstoppable work ethic instilled in them by momager Kris Jenner. Like them or not, the sisters are constantly busy; and although they’re smashing social media, that’s only one part of it.

It is an important part, however. Aspirational content can be a significant driver of business success; and while not all young women will dream of being billionaires at 21, they will likely identify at least in part with the wider themes that run through the feeds of the Kardashian-Jenner sisterhood; namely, family, friendship, entrepreneurship, and ultimately, success. What better way to develop social media loyalty?

Create a successful social media presence for your brand with a Professional Diploma in Social Media Marketing. Download a brochure today!