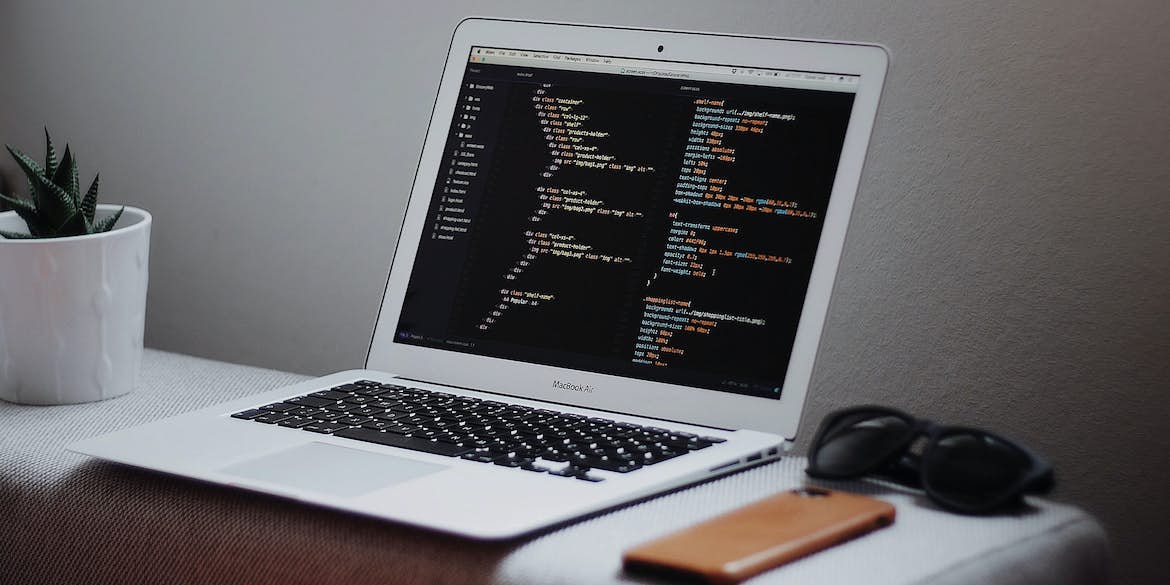 “Programmatic buying will be a subset of the automated movement – everything that can be traded programmatically will be.” Oli Whitten, The Rubicon Project

If you or your business uses online advertising, you will probably have heard people raving about how programmatic ads have changed the landscape.

And if up until now, you have nodded sagely while people have made that proclamation but not really understood it, you’re in luck.

Here, we will break down just what programmatic advertising is, explain targeting best practices and look at who is doing it right.

What is programmatic advertising?

However, it is not the complete automation of the ad buying process. Traditionally, you would have manually prepared insertion orders or ad tags, which can be menial but labor-intensive. With programmatic ads, humans have more time for the optimization and improvement of ads.

Humans will always be needed to plan and optimize advertising to meet consumers’ needs on a deep human level, but programmatic advertising will mean there will be fewer ad buyers.

That said, programmatic-centric software will empower those who are doing the job to better plan, better optimize and target their advertising more effectively.

But, while programmatic advertising is a powerful tool, it is still in its infancy and by no means perfect. In fact, during 2017, major advertisers pulled spending from YouTube over concerns that the video platform could not guarantee ads wouldn’t be seen on extremist content.­

Cellular behemoth Verizon, for example, ended up on videos of extremist clerics which, naturally, prompted them to pull their ad initiatives—and spend—from Google and YouTube, fast.

But is programmatic advertising successful? And why?

Quite simply: yes, it is. Because it’s efficient.

Back in 2015, 62% of marketers were utilizing programmatic ads to meet core brand objectives, with an expectation of boosting this budget by an average of 37% within a two-year period. And at present, a sizable 65% of digital media will be programmatic with a projected market spend of $45.94 billion by the end of 2019 - a testament to the medium’s exponential growth:

eMarketer’s principal analyst Lauren Fisher says that this growth is largely down to the private exchanges offering buyers more control over their spend.

"Private setups give buyers and sellers greater control over their automated buy."

They may have initially served to bring in reticent buyers and sellers, but now private setups drive much of the change and momentum in the marketplace, as both parties seek greater control from their programmatic efforts.

The system works, and is used, because it is an efficient use of both time and resources.

"Programmatic advertising is designed to do away with old-fashioned, hit-or-miss campaign design. That system was notorious for costing marketers way too much money."

Now, you can rely on an algorithm that will determine where your ad money is best spent. All you have to do is feed your programmatic solution some information about your campaign as well as key performance indicators and you're all set.

“The system will not only launch your campaign, but it will also monitor your ad spend to look for areas of improvement.”

Tim Webster, co-founder of The Exchange Lab, concurs. Writing on AdExchanger, he said:

“The effectiveness of programmatic advertising cannot be disputed. Programmatic allows us to understand the media journey better than ever before and have one-to-one conversations with individuals.”

Concerning ad spend optimizing, ROI, and the potential to resonate with your target audience, it’s clear that programmatic advertising holds enormous potential to modern brands looking to thrive in the digital age.

How can I do programmatic advertising?

Now that we’ve established the virtues of programmatic advertising, let’s explore how you can use it to your marketing advantage.

The first initiative is pretty simple: get to terms with what you’re doing. As a person venturing into a new area of advertising, you will be faced with a number of new ideas and terms, take the time to get to know them.

Unruly has a comprehensive list of programmatic ad terminology that will empower you to tell your SSP from your DSP—a reference that you can use at any stage of your journey.

As with pursuit in digital marketing, it’s important to have your goals set from the get-go. To do so, you should use existing data to determine what type of advertising awareness you need and set a fitting strategy. This will allow you determine short- and long-term goals.

Don’t feel the need to jump to programmatic advertising unless you know why you are doing it.

Just because programmatic advertising relies on algorithms and machines, that doesn’t mean that it doesn’t need human investment. There are different types of platforms, some of which offer fully or half-managed services. Others simply provide technical platforms, allowing you to run your programmatic buying activities on your own.

From there, you will need to allocate skilled people to plan, control, and optimize your buying. The point here is that, to enjoy optimum success, you will need to find the perfect coupling between technological automation and intelligent human intervention; so, don’t rely on the algorithm alone to yield the best results for your campaign.

As discussed, one challenge of programmatic is that its reliance on algorithms can lead to ads appearing in the wrong place.

To avoid this, you must ensure that your demand-side blacklist is constantly updated and monitored for inappropriate sites. Some platforms allow for the exclusion of entire categories from ad spends, which can be particularly helpful.

Another option, which is important if your product is sensitive, is to use a whitelist. This will give a list of approved (rather than denied) sites. It will narrow your ability to reach your audience and possibly make it more expensive but will ensure no unsavory material is associated with your ad.

If using an agency, ensure that they are doing all they can to exclude low quality and sensitive sites from having your ads served on them.

Typically, programmatic ads are viewable between 44% and 55%, but Mediative estimates bot fraud will could cost digital advertisers $6.5 billion each year.

However, programmatic ads have an industry-wide standard of 16% fraud, which is lower than other display ads. While the inherent threat of fraud is lower in programmatic advertising, it’s still something that you should monitor during all of your campaigns and initiatives.

These real-world examples of programmatic advertising demonstrate the power of this cutting-edge promotional medium in action.

The charity Child Rescue Alert moved to programmatic ads in 2016 as a reaction to a lack of resources.

The move to programmatic allowed the charity to move from issuing one appeal ad a week to targeting people by targeting users by areas in which children have gone missing.

Speaking on the subject, director of funding Ross Miller explained that this smart initiative has even enabled the charity to save lives.

“When we first started using out-of-home, 50% of children we appealed for were found alive, when we switched to a more programmatic use of out-of-home our response rate went to 70%. People respond to a message that is relevant to either where they live or a location.”

The Economist’s award-winning campaign saw a huge return on investment in 2015/16.

Using the magazine’s content along with provoking, witty or humorous headlines, the ads were able to target intellectually-curious readers whose cookies showed they hadn’t spent much time on the magazine’s website.

The results were impressive, to say the least. According to eConsultancy they included 650,000 new prospects, 3.6m people taking action and a campaign ROI of 10:1, on a £1.2m media budget.

This was allied with a jump in “awareness” in the US of 64% - an incredible achievement in anyone’s book.

Hotel group IHG, the parent company that owns the Holiday Inn and Intercontinental chains, began running programmatic ads to encourage users to book directly with them, rather than with third-party sites like Expedia or Booking.com.

In the travel industry, third-party sites can take commissions of between 15% and 24%, so direct spend can make a huge difference to hotel chains.

IHG’s ads targeted consumers who were thinking of making a reservation with an ad including a `book direct price’ option.

As COO Matt Luscombe told Marketing Week, the campaign was a major success.

"By using advanced targeting capabilities through programmatic, we are able to find a broader range of people looking for accommodation and target them with our book-direct message."

“Buying lots of banners online just didn’t have any effect except for surge marketing, which has been tremendously effective."

Luscombe says that IHG’s plan was a shot in the arm for hotel brands.

“The hotel industry has now woken up,” said Luscombe, who claimed other hotel brands including Hilton and Marriott are now following his company’s lead.

“They say imitation is some serious form of flattery and we have been getting lots of flattery in recent weeks.”

To prepare for the launch of its new customizable vehicle, world-renowned automotive brand Audi set itself the aim of further personalizing its marketing efforts and crafting campaign that truly lived up to its iconic slogan, ‘Vorsprung durch Technik’ (‘Advancement through Technology’).

In addition to capturing behavioral data for improved marketing segmentation, the automotive brand offered its users the chance to customize their potential car online from over 6,000 possible combinations, before using these individual designs to create personalized dynamic ads that boasted double the efficiency of its former, more traditional ad campaigns.

By buying ads programmatically it is possible to enjoy an average conversion rate of four times higher than those purchased using traditional methods: and Audi is a testament to that very notion.

Moving towards the next decade, the evolution of artificial intelligence (AI) and machine learning (ML) technologies are making the pursuit of programmatic all the more sophisticated, offering modern brands more opportunity to streamline their promotional efforts, with the potential to grow their audience while boosting their bottom line exponentially.

The age of programmatic advertising is here and if you choose to embrace it today, you could reap great rewards tomorrow and long into the future.

Google Ads: Learn how to show your ads on search results

What Does a PPC Specialist Do?

How And Why You Should Use Google Ads For Your Business