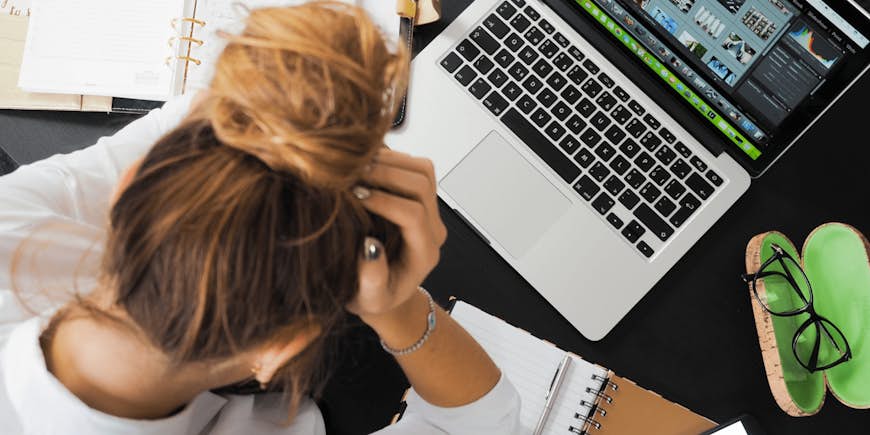 When we think of ‘bloopers’, images of actors fluffing their lines or falling over on set usually come to mind. But, the marketing world sees its fair share of bloopers—errors of judgment that can have a devastating impact on brand reputation.

A marketing blooper not only results in reputational setbacks but it can also seriously drain your promotional budgets. Misplaced messaging, poor campaign strategies, ill-advised imagery, and investments in the wrong channels are among the most common marketing bloopers brands make.

Some bloopers are small, others are big, but they all have one thing in common—bouncing back from them takes time, effort, and resources.

To help you avoid making mistakes of your own, here we look at two of the year’s most cringe-making marketing bloopers—and an older classic—and consider what we can learn from them.

As you can see, the above apology Tweet from fast food colossus Burger King earned droves of engagement—for all the wrong reasons.

This Tweet was an attempt at back pedaling from a marketing communication blooper that was swiftly deleted after it sparked outrage across the Web. The initial marketing hook was along the lines of “women belong in the kitchen”, but with little context around it, the controversial slogan became a tagline for sexism. The timing was particularly unfortunate as the tweet went out on International Women’s Day, a day that exists to mark female empowerment and gender equality.

This misguided feat of social media marketing served up a hot slice of reputational battering , earning a regrettable 527% higher engagement than the announcement of the brand’s scholarship program:

The culinary industry is indeed male dominated and while the sentiment of changing things for the greater good was at the heart of the campaign, it was buried deeper than a slice of pickle in a giant burger stack.

When you’re developing your marketing campaign messaging for a specific event or celebration:

Remember, not all publicity is good publicity.

Tip: Consider using a Social Media Style Guide to ensure everyone on your team and working with your brand knows the agreed tone of voice and adapts messaging to all relevant platforms.

Snickers Spain found itself in reputational hot water this year when it released a misguided video ad using one of the brand’s staple taglines ‘you’re not yourself when you’re hungry.’

There’s nothing wrong with the tagline itself (in fact, it’s a solid piece of copywriting), but the context in which it was used sparked droves of unwanted engagement.

The ad shows influencer Aless Gibaja transforming into what Snicker’s depicts as a ‘manly man’ after eating a Snickers bar. This homophobic narrative that suggests being efffeminate is bad earned top-level negative publicity almost immediately after the campaign’s launch.

Even Spain's equality minister, Irene Montero, publically panned the ad with a Tweet that read:

"Our society is diverse and tolerant. Hopefully those who have the power to make decisions about what we see and hear in commercials and TV shows will learn to be too."

When political parties and figures are seen to criticize your marketing campaign, you’re likely to lose large segments of your target audience as well as existing brand advocates, even if you do issue a full and frank apology.

Before working with influencers, make sure that they are relevant to your niche or industry and work in close collaboration with them to ensure they’re comfortable with your messaging. Building strong influencer relationships is advised, as is steering clear of controversial ad ideas without any wit or substance—as it almost never ends well.

Last but certainly not least in our selection of marketing blunders, we have an infamous example of an earlier fail, by Timothy's World Coffee, a well-established brand that is however still trying to redeem itself from this blooper.

To extend its social media reach, the brand offered its existing and prospective fans a coupon or free sample for following them on social media—a typical effective engagement and loyalty-boosting tactic..

Unfortunately, Timothy’s World Coffee offered more than it could deliver, and ran out of its supply of free K-cup packs in a mere three days. A full two weeks after its embarrassing blooper (that’s a fairly sizable silence), Timothy's published a public message stating that they issued the coupons and samples were issued on a ‘first-come, first-serve’ basis. While this statement may have proved palatable to its consumers immediately after the event, the communication’s delay sparked outrage, digging the brand further into a promotional hole.

Despite a seemingly genuine second apology message and its offer to send all disgruntled customers a free coupon in the post, the damage was already done.

If you’re going to offer an incentive, coupon, freebie—or fundamentally, make any kind of promise— through any consumer channel or touchpoint, you must make sure you deliver in full. No exceptions. No compromises.

Whether you offer free shipping for following your brand, you’re running a competition with multiple prizes or you’re promising exclusive practical content for signing up to your email newsletter—you should never deliver anything less. Always aim to offer value and prove that you’re trustworthy—if you don’t, almost every single one of your marketing efforts will fall flat.

Oh, and if you do make a blooper, deal with it publicly with haste rather than letting the issue linger for hours, days or (worst of all) weeks on end.

How to Deal with Marketing Fails

Whatever channel or platform you use to run a campaign, any negative effects or feedback will show themselves on social media, and this can happen extremely quickly, at any time. It’s essential that you and your team go through a process to prepare for a social media crisis.

It’s also helpful to learn how to manage online reviews, to tackle negative press or publicity with success.

A course in social media marketing will help you develop expertise and gain an in-depth understanding of social research, strategy and content along with the unique features of each social platform. Enroll in DMI’s certified Social Media Marketing course today to learn from the best to become the best.

Articles:
How to Succeed With a Customer-centric Marketing Strategy