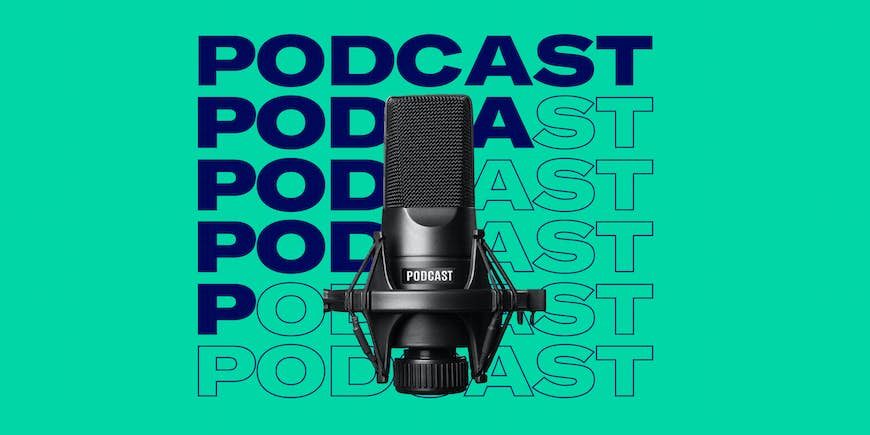 Will: What I'd love to know is, in really concrete, practical, explicit terms, if we've got a cost per acquisition, a certain amount, what are the kind of steps, practically, that you take to try and drive that down?

Cathal: Well, I mean, back to clusters, I focus in on the channels and the media splits, if I'm talking about media investment, that replicates my ideal scenario, or gets close to my ideal scenario, and then I just, I test, I repeat, I change maybe one variable for a week or two weeks or whatever it is. But like the idea of testing is absolutely important, from website to your Hotjar inputs, to forms, to using things, free tools like Google optimize, which is a free AB testing tool that naturally integrates with Google Analytics and Google tag manager and will allow you to AB test different versions of your website. And if you use something like Chrome, you can get a plugin that will allow you to just change elements of your site and Google optimize will serve that. So you don't need a big, expensive AB testing tool. You can just say, I've got the Chrome plugin and I'm going to change the color of this button to red and the color of this button to blue and Google optimize will manage everything for you.

So, to bring cost per acquisition down, I focus in on what does good and do more of that stuff. And I reduce my effort in trying to convert difficult customers, or difficult regions, or like use channels that are vanity channels or different things like that. It's all about prioritization and focus. There's no exact exact formula. But what I do use to kind of drive my strategies would be, obviously, you know, seasonality is one way of looking at it, but sometimes can be a bit of a card, is things like anomalies in the data. Where do things get different and what caused that note of difference?

Will: Yes. You're looking for the exceptions, anomalies, aren't you?

Cathal: What are the anomalies and what do you think caused them based on what you know happened around that time and what might, you know, have happened within the wider market, your experience, all that stuff. But ultimately, something changed. What changed it? And, you know, there's a good analogy, and this is like, anomalies aren't just things going bad. It's, why did my conversion rate go up? You know, and how can I make it go up even further?

Will: Yeah. Why was Sunday afternoon this big spike?

Will: Or, why do people on Android phones seem really predisposed to buy this certain product?

Cathal: And we do a terrible thing. We do a terrible thing that when things go well, we don't investigate why. And that's because we're just happy to take the good, you know. And an old friend of mine said to me, if you don't know why you're going up, you won't know why you're going down. So, it's important not only to know, so when things take an upswing, to understand why and what are the potential reasons that they took the upswing, can you get more out of those? Can you push more into those reasons? And if you start going down, have any of the reasons why you went up changed? So, that gives you an indicator for how you can save a situation or at least minimize the impact of a change in direction in a negative field. You know, so, that's important. You know, I think.

Will: So, to drive down something like that all important metric of cost per acquisition, it sounds to me like there's a few different levers that you can test different pages on your website, different versions of those pages, different creative messaging and ads, different products, different targets into different users, geographically and demographically. What are the main levers to you?

Cathal: Yeah, I mean, I think we have to figure out what channels work, what times work, days, different things like that. So, because it's a human experience, we have to operate in the world of time. And time means, when I'm in a position to take action, that's a valuable action on the site. Whether it's a time of the day, or a day of the week, or a part of the month where it's close to payday or something like that. So, time is a major lever to understand, when can I and when should I increase visibility? Or add a discount code, or change my messaging, or do something to get in front of potential customers at this key time to ensure that I enter what, you know, the old consideration set. And, you know, in that world of marketing where when they're ready to take action as a personal experience that I'm front of mind.

So, the first lever is time. You know, what is the time to do it? And then the next lever will be, well, what channel and channel mix to do? So, you know, what is your converting channel? How does that help? And what do you need to do from a supporting channel perspective? That's your social media, your email, your organic search, things like that. And influencers and maybe any offline, you know, that, you know, helps those converting channels do the job of getting the valuable action over the line. So, time first of all, then channel. And then different experiences on the site. Once we get them to the site. So, what's the layout? What's the journey? What are the friction points we can remove? And when you talk about testing, don't te...Like, if you're doing a 50/50 test, this is a guarantee, an absolute guarantee, that one will be better than the other, and that is a fact. And this is why testing is important. Again, it's a philosophical moment that if you put all of your faith in an assumption or a hypothesis, there is a 50% chance that you've chosen the wrong option, because, with an AB test, one of them is going to be better, it can be better by loads or better by just a small amount, but one of them is going to be better than the other. So if you put all of your faith in an assumption without testing, you are by default adding risk of 50% that you've chosen the wrong thing. You know, so, testing doesn't mean success, but it does reduce your risk by half, because, if you have a 50/50 test, at least half of your traffic is going to the better option. Whereas if it's just one option, like you put all your faith in one thing and you get it wrong, you have automatically reduced, you know, the amount that you could have done with that by 50% on top of the poor performance on this side. So, it's about managing risk as well. So, what I think about testing is, people say test that, but test that doesn't mean you're going to get everything right. Your test might be wrong. And the answer or the the learning from a wrong test is, dump it out.

Will: Well, that's, I mean, that's what I tell a lot of my clients and delegates, you know, testing is not just about finding success, it's about learning. It's about improving your marketing instinct, about improving your instinct for what works. Because, over time, I do think that has a positive effect on you as a marketer creatively and analytically. You know, when I run social ads for clients, I run massive multi-variant campaigns. You know, there was a campaign last year I did for a client. They spent about £120,000. I ran well over 4,000 different ad variants. Now, I didn't make them all myself, you use a tool to do that. But, the amount that I learned about that industry, about the way that people respond to messages about that kind of product, time, all those factors, those pivots that you talked about, those variables, time, location, demographics, creative, product, and you missed this massive opportunity I think to learn and to become a keener, better marketer.

Will: So, you know, I think, and that's part of being the analyst. I think that we all need to kind of become, as marketers, it's not just about digging into the data and being able to understand and interpret that. It's about being able to test and grow a bank of learnings within your own head and improve your instincts.

Cathal: Yeah. What can we do here that could be interesting in terms of other, an upswing in conversion or learning output. You know, that's generally the way I'd approach things. But, it's interesting that you said like, so much that you learned about gauging the response, how people reacted. You didn't say, I was really interested in the amount of clicks that this ad drove or, you know, you were talking about human responses to things and that's, for me, I mean, that's everything, and that's the starting point, and it's just, like, there's no metric in any of the tools called human, or person, but that's what we're dealing in here. So, it's always important to remember that that is your ultimate goal is to unlock that secret.

Will: It is. That's our job, is to get humans to respond to in a positive way.

Cathal: Yeah, humans to do stuff in a positive way, exactly.

Webinars:
Webinar: How to increase online revenue with a First-Party Data strategy

Articles:
Why First-Party Data is More Important Than Ever and How to Use It

Articles:
A Guide to GA4 vs Universal Analytics

Articles:
Why First-Party Data is More Important Than Ever and How to Use It

Articles:
A Guide to GA4 vs Universal Analytics