The Magic of Christmas: A Tale of Two Department Store Giants 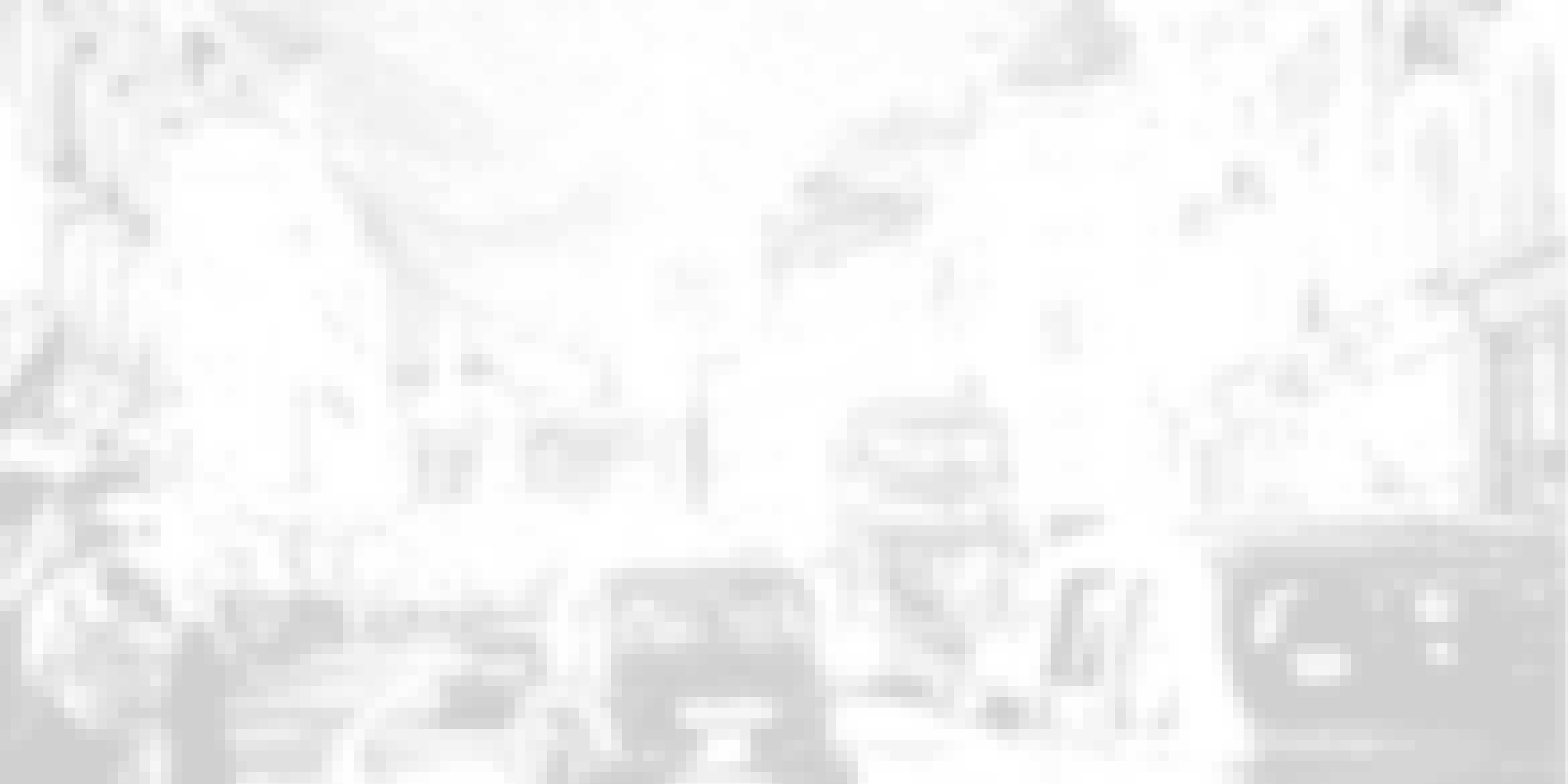 The festive season is here in all of its fairy-lit, tinsel-clad, mince-pie-munching glory. And the shoppers are out. On both sides of the pond.

Studies show that the UK spends more than any other European nation on seasonal gifts. And last year in the US, households spent an average of $1,536 during the festive period.

But how have these ‘grandes dames’ of the high street adapted to the ever-growing digital transformation that sees online spending increasing with each holiday season or ‘golden quarter’.

If you’re a traditional department store, it is possible to offer a seamless omnichannel experience to your consumers, pushing the envelope in terms of innovation while preserving the charm, feel, and magic of the brand.

From immersive in-store experiences to multi-channel service improvements, mobile loyalty programs, and beyond, there are a number of approaches brick-and-mortar retail brands can do to broaden their offerings without deviating from their original values and USPs. Indeed some might say that the original 19th-century shopping experiences of stores like Harrods, Selfridges and Macy’s – from hair salon and lunch to personal shopper and home delivery – can be seen to fit the digital age very well.

Here we’re going to visit both sides of the Atlantic to look at two iconic department retail brands that continue to dazzle consumers with a sprinkling of Santa dust, coupled with a healthy dollop of innovation.

The Big Apple and The Big Smoke: A Tale of Two Departmental Retail Icons

The original 1947 movie continues to cast its magic with each annual viewing, emphasizing many values of the Christmas season many have continued to hold dear since its appearance in the post-war era – family, fairness, kindness, and a touch of magic. The last-minute Santa Claus (or Kris Kringle) hired by Macy’s for its grotto turns out to be a bit more authentic and effective than they had expected, from sending shoppers to a rival department store to transforming the lives of those in need of a nudge toward happiness.

Indeed the story could even be seen to embody many elements of real customer service that continue to be important in digital retail and marketing. And also of interest today is the strong, independent working woman embodied by Maureen O’Hara.

While Macy’s only has stores in the US, it has propelled itself to the status of a global brand. Online efforts include the highly successful, and well-known, partnership with the Make-a-Wish foundation which has adapted well to the social media universe.

By placing a strong focus on festive nostalgia but delivering its campaign messaging and imagery in a way that resonates with a broad demographic of shoppers, this year’s seasonal advertising campaign is a testament to that notion.

The Macy’s 2019 Christmas commercial ‘Santa Girl’ marries old and new to conjure up the warmth of yesteryear while showcasing the brand’s commitment to growth and progression. In the story of a girl who wants to be Santa, the commercial uses some neat references to the 1947 movie, while also referencing another American Christmas myth: the girl is called Virginia, the name of the girl who famously wrote to her local newspaper about Santa being real.

Macy’s more recent Christmas commercials, with their focus on emotional strength rather than product-selling, can be said to be more in line with the British tradition of Christmas-ad storytelling at which John Lewis excels (more on that later).

Like many other older retail giants, Macy’s has struggled in recent years, but its commitment to shopping personalization, developments like in-store mobile payment functionality and Store Maps app, and its jaw-dropping seasonal interiors are set to get this iconic retailer back on track this season. Its use of VR in the furniture-buying experience may even be seeing a trend of decreased returns at its Herald Square store (a building that dates to 1902).

Instore Macy’s experiences continue to push boundaries each season, with a popular Light Show at the Philadelphia store and – with more than a nod to Victorian London – a Dickens Village in several stores.

Let’s hitch a ride on Santa’s sleigh and soar from the Big Apple to the Big Smoke, to pay a little visit to a similarly long-standing institution John Lewis.

While classic UK retailers have also seen their share of struggles in the past few years, John Lewis has remained a firm Christmas player. The windows in its ts flagship Oxford Street store might not always be as fabulously decorated as the classic shop fronts of Liberty, Hamleys or Harrods, but its central location (and famous cafe) is an intrinsic part of many a classic London Christmas shopping experience. The brand has had a presence on Oxford Street since 1864.

On the marketing side of things, John Lewis’s innovative Christmas adverts have become woven deep into the fabric of UK tradition, with people up and down the country biting their nails in anticipation of this year’s surprise each November. And, generally speaking, John Lewis delivers the goods.

One of the most amazing components of the John Lewis’ seasonal ad phenomenon is the fact that it has inspired so many other UK brands to get creative with their seasonal advertising campaigns, with each year producing a kaleidoscopic carousel of Christmas TV marketing campaigns from all sectors of the retail sector.

2019’s ad, featuring Excitable Edgar the Dragon, focuses on the importance of inclusivity and the power of friendship. It's heartwarming messaging is already a firm festive favorite, with the original YouTube video alone earning almost 10 million views in less than a month.

This year, #ExcitableEdgar merchandise is likely to whizz from John Lewis stock rooms, perhaps even faster than German supermarket Aldi’s Kevin the Carrot. While Kevin the Carrot has emerged as a perhaps-unlikely UK festive icon, John Lewis’s commitment to new characters, new narratives, and on-topic messaging could well trump the crunchy orange superhero this year.

As in the case of Macy’s, it is John Lewis’s digital adaptability and in-store experiences that have also helped it to bridge the gap between old and new.

The company’s mobile-centric loyalty scheme and shift towards online have helped the brand to remain relevant in recent years, capturing a steady mix of online and offline sales. But, it is also its commitment to in-store experiences that help it to stand out from the festive pack.

To entice more physical footfall each season, John Lewis started branched into ‘shoppertainment’, which sees staff members transformed into iconic Christmas characters, adding to an immersive in-store shopping experience that is turning heads and sparking curiosity. Theatrics could indeed be the future of in-store retail entertainment.

It’s clear that to evolve with the times while preserving a true sense of Christmas magic, creativity, and cohesive innovation is key—and in that sense, John Lewis seem to have hit the nail on the head.

And finally, to Haford Hardware, Wales

As we all know, a powerful story can often sell anything. And sometimes the most powerful stories are the simplest... and cheapest.

One extraordinary success story of this year’s crowded Christmas commercial landscape is the day-in-the-life tale of a young boy running his hardware store in a small town in Wales. As he bends to pick up his tree at the end of the day, he transforms into his father, the real owner of Haford’s Hardware. This ad, a simple reminder that we can all shop locally this season, garnered over 2.5 million views on YouTube cost an astonishing £100 to make; compare that to the 10 million views of the John Lewis ad, at a cost of £30 million.

“Christmas is a necessity. There has to be at least one day of the year to remind us that we’re here for something else besides ourselves” —Eric Sevareid

The seasonal successes of Macy’s and John Lewis prove to others that by tapping into a sense of festive nostalgia, sticking to your brand origins, and bridging the gap between the physical and digital realm—you can win on the festive battlefield, warming countless hearts in the process. They might, however, also think of taking a leaf out of Haford’s book, to tell your values story simply, and never stop appealing to the child in all of us.