Inside the Rainbow - 3 Pride Marketing Campaigns of Substance “I've been embraced by a new community. That's what happens when you're finally honest about who you are; you find others like you.” - Chaz Bono, US-based writer, musician and actor

June is officially Pride Month, and marches, events, and gatherings are in full swing across the world. This month marks the Stonewall riots of June 1969, an event that kickstarted what we know as the modern Pride movement.

The rainbow symbol is synonymous with the LGBT+ community - and on the lead up to Pride Month, you start to see it popping up everywhere you look, the different colors brightening up many countries still waiting for summer.

As pretty and welcome as the Pride rainbow colors are, they hold deep meaning and help spread a positive message of inclusivity. As such, businesses looking to show their support while appealing to members of the LGBT+ community must take their efforts seriously.

That said, when developing a Pride or LGBT+-centric marketing campaign, there’s ample room for fun and creativity - but plastering the rainbow across your website or adding the Pride colors to your existing branding alone isn’t enough.

If you’re targeting the LGBT+ demographic and expecting them to be interested in your products or services, creating something of real substance is essential. A failure to do will only translate as lazy or insulting.

Studies suggest that LGBT+ consumers pay particular attention to businesses that make an effort, with 70% stating that a brand’s reputation as LGBT+ friendly, or not, has had a direct impact on their purchases. Moreover, the global LGBT+ community, if it were a country, would have the fourth-largest GDP on the planet.

To inspire your efforts, here are three Pride marketing campaigns from the past few years that dug deeper than the rainbow to offer real substance.

In 2018, the online betting colossus became an LGBT+ advocate, launching an initiative to tackle homophobia in the world of professional football.

In response to Russia’s volatile football fans, Paddy Power created ‘From Russia With Equal Love’, publically pledging to donate £10,000 to LGBT+ charities across the globe every time the Russian team scored a goal in the 2018 Fifa World Cup.

This stroke of multi-channel marketing genius encouraged a widespread LGBT+ following for the Russian Team, making unexpected allies of the World Cup’s host nation - picking up a host of profile support from the likes of Caitlyn Jenner, Mark Foster and Louis Spence in the process. This meaningful marketing campaign saw the Russian team scoring around £170,000 for LGBT+, spreading a positive message while raising money for a host of notable charities - creativity and substance in equal measures.

A longterm LGBT+ advocate, Absolut vodka has been backing the community in numerous ways since 1981.

When it was a budding venture, Absolut ran adverts in various LGBT+ publications and since then, the Pernod Ricard vodka brand has offered its support with an eclectic mix of campaigns - including the launch of the world’s first-ever rainbow-colored spirits bottle.

Last year, Absolut continued its LGBT+ marketing legacy by wrapping two London buses in branded rainbow print to show its support and solidarity for the community while harnessing the power of digital technology to raise funds for LGBT+ charity, Stonewall.

By tapping their smartphones on the back of the seat in front of them through the installation of NFC chips, bus riders could donate to the cause with ease. The route 14 and 19 buses were also fitted with digital screens running positive geo-targeted messaging for riders to consume during their journeys to add an extra layer of substance to its marketing efforts. 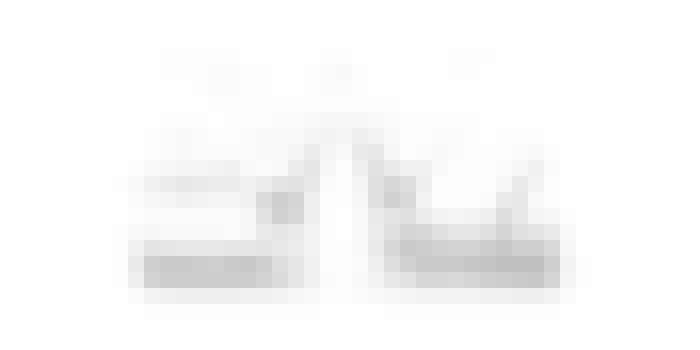 “Absolut believes in creating a better, more open world, where everyone has the freedom to express their true selves, without fear or recrimination. For 35 years, Absolut has stood with the LGBTQ community and we are proud to support the vital work Stonewall do to promote equality."

In addition to raising funds as well as awareness for a vital charity, Absolut once again showcased its enduring support to the LGBT+ community, using its limited edition bottles as a business-boosting collectable while delving deeper than the rainbow logo alone.

Undoubtedly, it’s initiatives like this that help to preserve Absolut’s reputation as the UK’s number one premium vodka brand - a classic case of marketers that really mean it.

This year, on the lead up to Pride Month, global fashion retailer Gap has been celebrating with its 'Love All Ways' campaign.

Working in close collaboration with revered activist Jodie Patterson, Gap has set out on a mission to honor the diversity of the LGBT+ community with a drive that includes a partnership with the United Nations Foundation and UN Free & Equal. Influencer marketing is a powerful tool and by working with Jodie, creating intimate content surrounding the activist's cherished family life, Gap is helping to spread a vital message of love, compassion, equal rights, and the celebration of diversity in all its glorious forms.

Through a mix of video, strategic social media content - utilizing the hashtag #ChosenFamily - and personal insights from Jodie, this poignant influencer-driven campaign has already gained a great deal of traction.

Until July 6th 2019, Gap will donate 15% of its sales from the PRIDE collection to the United Nations Foundation in support of UN Free & Equal - and as Pride Month rolls on, we’re excited to see how the remainder of the campaign unfolds.

Take Pride in your marketing...

These powerful campaigns are unique in their own way, but all share common attributes that make them as meaningful as they are successful.