How Do Social Media Algorithms Work? 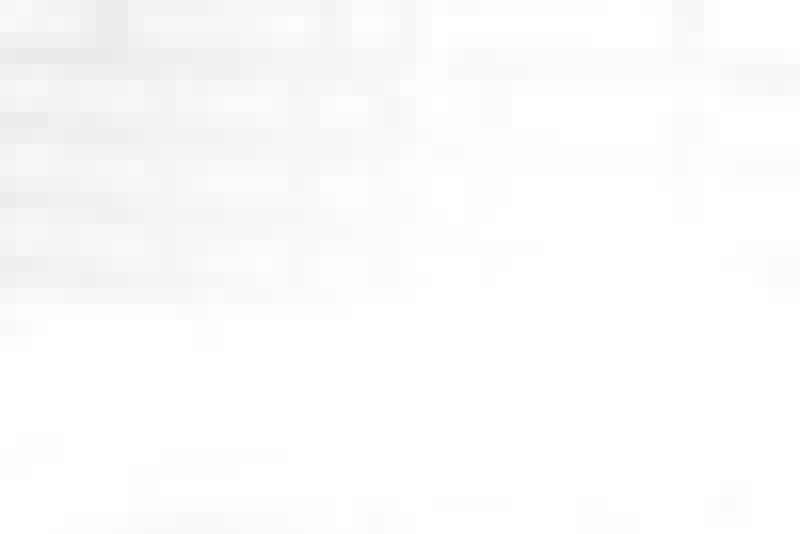 Social media plays a massive role in the life of the average North American. In fact, as of 2017 Facebook was the 3rd most viewed website on the globe, after Google and YouTube. With so many users on these platforms, there's a need to create order, and an algorithm does just that.

Social media algorithms are always changing, making it difficult to keep up with marketing codes of conduct. There’s no way to know every detail that goes into every change, but we have a good idea. Depending on the platform you use, your social media expectations will differ. The algorithm in play dictates where you rank in social media ads and content placement.

In this guide, you'll come to understand what an algorithm is, the different social media algorithms, and how to optimize your content for social media.

What Are Social Media Algorithms?

An algorithm is a mathematical set of rules specifying how a group of data behaves. In social media, algorithms help maintain order, and assists in ranking search results and advertisements. On Facebook, for example, there is an algorithm which directs pages and content to display in a certain order.

As of last year, there were approximately 4 billion internet users, and of these users, about 3 billion were on social media. That’s a massive undertaking to monitor and manage. This is why algorithms are so crucial in determining the validity and placement of social media accounts and content.

While there’s no handbook on the many algorithms and how to maintain them, we know enough to maneuver the social media landscape and succeed. One of the major shifts witnessed in the past few years is a user-friendly focus, much like the one Google ranks by. This encourages social media users to submit relevant, high-quality content, and engage with consumers. 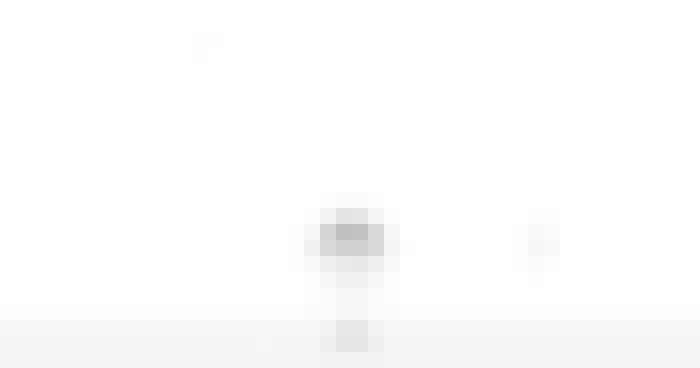 Meaningful customer engagement is the key to Facebook's algorithm layout. It's created to intensify the importance and viewership of local, familial and friendly posts, rather than business posts.

Paid content is ranked separately but still revolves around engagement, customer response, and relevance to the subject matter. While user-friendly content is key here, another strategy the Facebook algorithm took on recently is spam management. In the first three months of 2018, Facebook located and discarded more than 500 million false accounts.

While Pinterest has a very different layout and follower strategy, it counts as a social media platform, nonetheless. Its guided search method uses data collected from past content interactions to encourage new links. For example, if you've previously viewed wedding hairstyles, Pinterest is more likely to show you more hairstyles the next time you log in.

The benefit to this interest themed algorithm is that it’s always showing the user something Pinterest knows they like. This makes the content more likely to be consumed and enjoyed.

Recognized as a leader in B2B marketing, LinkedIn is a social platform dedicated to networking, rather than building followers. It’s currently the most common platform for Fortune 500 company use.

The site has developed an algorithm based on connection and engagement, so strong and relevant content is the key to LinkedIn success. Even if you don't have a lot of links in your networking chain, you can build this later if you have read-worthy content.

Twitter is unique in that it ranks its posts not only by relation to the user but to time and date posted. Fresh and updated material ranks higher than day-old news. The number of comments a Tweet has will also influence its rank.

Instagram is about showing as many people as much information in a day as possible. Therefore, its algorithm focuses on every aspect of social media, from relevancy and connection to engagement and content popularity.

The reasoning behind the Instagram algorithm is to encourage comments, shares, likes, adds, and further posting.

8 Tips to Optimize Your Content for Any Social Media Platform 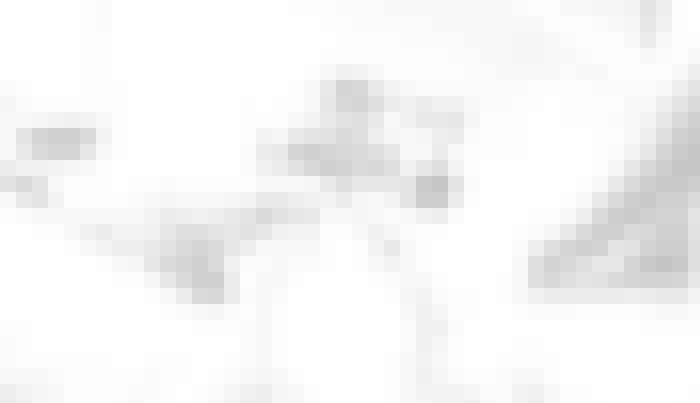 We know consumers love seeing mixed media in content, but video has proven itself a favorite. Marketers who use video in their ad campaigns receive 66% more qualified leads annually than those who don’t. A short video not only has a greater chance of being consumed in full during a quick social media scan, but it takes less time and resources to create and publish.

Facebook's live video option is an optimal way to engage followers, and monitor metrics related to your video. After the live portion of the video is over, it remains available for viewing, so users linked to your profile don't miss out.

User interaction looks like user favor to social media crawler bots. The more likes, shares, and comments your content sees, the more favorable it appears. Publishing content that invites users to engage and interact improves ranking and encourages brand loyalty. Some examples of interactive content include:

Whether it’s a funny meme or a touching video about a baby animal coming into its own, evoking emotion humanizes your brand.

Companies which connect with their followers on this deeper level, even just a silly GIF or meme, are more likely to see repeat comments, likes, and shares.

UGC, or User-Generated Content, count as memes, photos, videos, and even screencaps made by other users. Why is this helpful as a content optimization method? It captures the attention of the creator, or followers of the creator and engages them.

It also draws on the popularity of something already made and loved. This cuts back on time and efforts you could be putting into creating your own catchy content. Using UGC isn't copying somebody else's work, so long as it's shared appropriately, and respect is given where it's due.

It sounds like a strategy too simple to work but reaching out to customers in comments is known to be a successful strategy. In social media, many companies sit back and wait for consumers to come to them. This doesn’t need to be the case. Reach out, comment, like, even share interesting content which is relevant to your brand.

It looks good to other customers when they see you interacting, and it increases the chance that you’ll receive comments of your own.

Staying on top of your industry news is a sure way to impress social media followers. It brands you as an authority in your field and gives them a reason to look at your page from time to time. For example, if you represent a business in the fashion industry, their followers might just catch a glimpse of the new Spring line. They’ll follow your posts in the hopes of seeing more news they’re watching to read about. 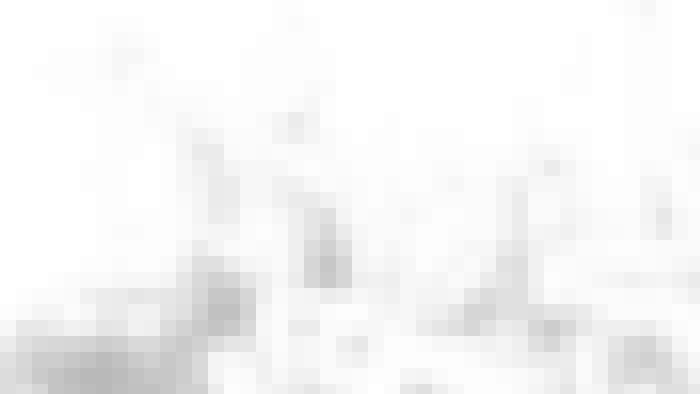 Businesses can appear stiff and stodgy to followers, which paints your client’s brand as a thing, not a person. When you post relatable humanized content, like pictures of management and staff, it opens the doors to real people and real faces. Give your audience a peek behind the curtain with:

8. Ask for What You Want

It sounds straightforward because it is. Marketers don't have to struggle to make connections – you can ask for them. Social media users are called that because they are social. They interact regularly and jump at the chance to help a brand they frequent. Ask for tags, likes, and shares when you post your regular content. Think of it as an atypical call to action.

Only, instead of asking your Twitter followers to call you for a free quote, you're asking them to tag friends in your post or share it if they liked what they saw. This is a great ending for any of the above content ideas.

If you take anything away from this article, hopefully, it's that algorithms can help, not hinder. Some social media users view algorithms as ropes which bind us to a specific rule set, but they also create a map for success. It's learning to read that map which will help you overcome competitors and rise to the top.

Whether you’re using social media for your own marketing needs, or you’re representing a client, these platforms are a major benefit to traffic and ROI. With a low overhead (they’re free, after all), and minimal time commitment, social media has the ability to produce increased revenue with little to no output.

Learn how to optimize your content for social media with a Professional Diploma in Social Media Marketing. Download a brochure today!