What’s the Cost of Not Going Digital For a Business? For some companies, digital transformation may be seen as a costly and unnecessary commitment. And, there’s no doubt that the process takes time, investment and patience.

However, ultimately, it’s the businesses that adapt and adopt that are reaping the rewards in today’s business landscape. In other words, going digital isn’t really an option. It’s a necessity.

Often businesses are quick to blame their lack of familiarity with technology or current IT systems as the barrier to moving forward with digital. But, what is costlier? Upgrading your current process and knowledge base, or potentially going out of business?

In this article, we explore the real costs of not moving into the digital word and look at companies that have fallen in the face of digital transformation.

Digital speed is as much as 5 times faster than traditional businesses. Without a digital presence, it’s easy to be lost in a sea of fast-moving strategy.

Today’s marketing is uber-successful when it’s agile and shows the ability to jump on viral and trending subjects, otherwise known as newsjacking the media.

When the iPhone 6 launched consumers realized the new model of phones were prone to bending. Seeing an opportunity, Kit Kat’s marketing department took to Twitter to play off the news cycle. 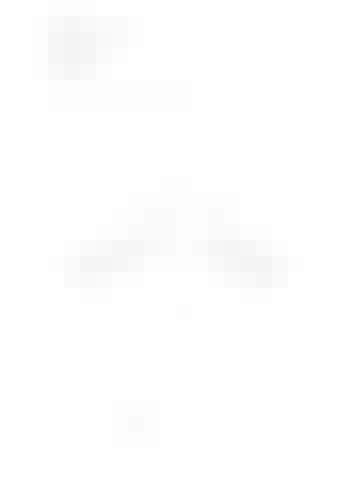 Kit Kat leveraged hashtags that were trending and news that was hyped across hundreds of news outlets to gain visibility.

Their quick wit and digital effort made the brand relevant at the right moment, and the company achieved over 25,000 retweets bringing them timely exposure.

Takeaway - Wise digital strategists look for these type of opportunities every day, and those who are successful continue to steal the spotlight. Without a digital presence, it is impossible to compete with the pace of modern marketers.

When new companies come in and disrupt an industry, keeping up is pertinent, and digital capabilities are the best way to stay agile. One widely-known example of this is the Blockbuster and Netflix story.

Gone are the days of walking into a Blockbuster to rent a film or video game. Blockbuster is one of the most glaring examples of a business unwilling to adapt to digital. The mistake cost them an entire empire. 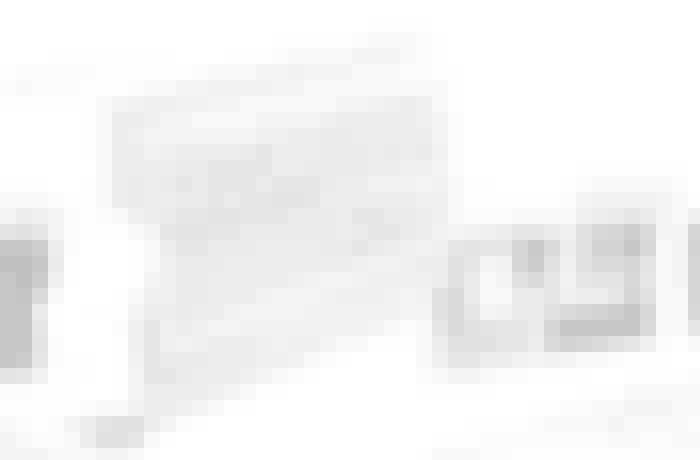 Reed Hastings approached former Blockbuster CEO John Antioco in 2000 and asked him to pay $50 million for the company he founded — Netflix.

At the time, Netflix was a DVD mailing service which customers could order online. Antioco mistakenly thought this service was too niche and wouldn’t evolve into a booming business. The true problem was that he couldn’t visualize a world without walking into a rental store whereas Netflix saw a world of digital transactions and convenience.

Antioco ultimately declined the offer, and Blockbuster eventually closed their doors. Netflix, on the other hand, is currently valued at $130 billion, putting them in the same ballpark as media giants like Disney ($155 billion) and Comcast ($169 billion).

Takeaway - A failure to think outside the box and innovate can keep companies moored to traditional tried and tested methods. In today's digital landscape, experimentation is required to find new paths to a customer and new ways to make revenue. 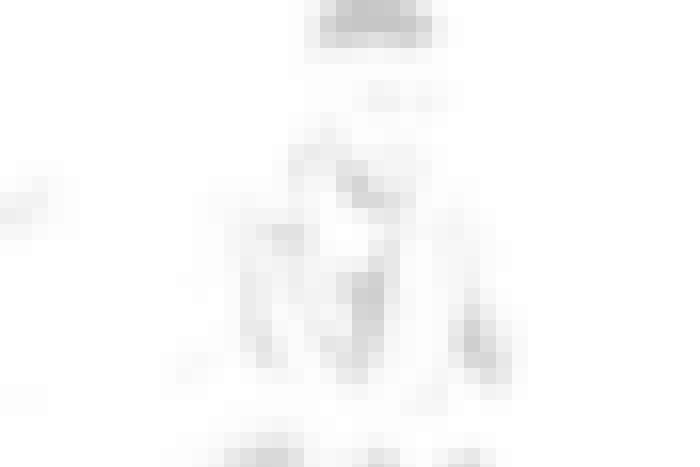 Consumers are far less brand loyal than they were 30 years ago. This means that companies need to work even harder to understand their consumers to promote loyalty.

Consumer data allows companies to tailor content, engage on the platforms that matter, and continuously learn what does and doesn’t work. Without this type of insight, companies can make detrimental strategy errors.

A few years ago, JCPenney recapped the strategic mistake the one-time giant retailer made that eventually lead to their demise. JCPenney tried replicating the ‘cool’ factor of Apple. They went through a makeover period that transformed pricing and store structure but unfortunately left out consumer research and analytics to back their drastic changes.

The company's vision was to transform the brand into a minimalist and “honest” brand, even going as far as to change JCPenney’s logo and tagline to “fair and square.” The problem is that the changes were based solely on idealism and gut feelings; they were not based on data, trends, or insight into the customer.

Takeaway - Data provided by digital platforms is invaluable in shaping the knowledge a brand has of a customer. By missing the opportunity to capitalize on consumer data and take a digital approach, companies can struggle to thrive and even survive.

Businesses that don’t evolve and expand will find it difficult to retain market share.

A prime example of this is Borders, the once-popular retailer for books, magazines, and music. Their inability to adapt to a digital marketplace cost them market share and eventually their operation. 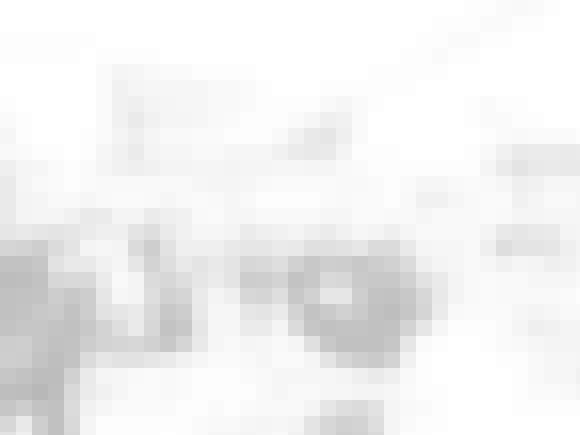 One of the first missteps of Borders was its move to split their existing business with Amazon. Before fully hopping on-board with e-commerce, Borders outsourced its online book-selling to Amazon.com. By the time they switched to an internal digital presence, they were already behind the competition.

The bookstore also failed to predict the rising popularity of e-books and never developed an e-reader to compete with the Amazon’s Kindle or Barnes and Noble’s Nook.

Lesser discussed is the emphasis Borders placed on their music department. In the 1990s, focusing on CDs was a wise strategy, but as online music options became more prevalent, Borders’ inability to pivot digitally isolated even more of their market share.

Eventually, Borders fell into debt, and the bookstore closed its doors.

Takeaway - It's key to look at what competitors are doing and figure out what innovations may work within your business. Once a key area for growth has been identified, concentrate on this area and capitalize on digital technologies to expand and scale.

The largest demographic in the current workforce is millennials, and soon Gen Z will infiltrate.

Both of these generations grew up in a digital world, where technological innovations are an expectation rather than a novel thought. As such, when given the choice, it’s likely that these cohorts will opt to work for companies that embrace digital workflows.

This is proving true with the rise of the gig economy, which now accounts for 34% of the US workforce.

More specifically, we can point to Uber vs taxi services, and the growth of each industry. As taxis fail to take a digital approach, they continue to lose staff numbers.

Currently, there are 13,587 yellow cabs on New York City streets. The total number of black cars associated with ride-hailing apps total 60,000, with more than 46,000 specifically connected with Uber.

The imbalance between drivers for Uber and taxi are accounting for a large productivity difference. As of December 2017, ride-hail apps performed 65% more rides per month than taxi drivers did in New York City.

Though yellow cabs are still in business, as more drivers shift to jobs at Uber, Lyft, and other app-driven taxi services, the fate of old-school taxi and cab services looks uncertain.

Takeaway - As more digital disrupters enter the marketplace across industries, it's key to have an agile workforce that can adapt to change and rise to challenges. Cultivate a culture of collaboration and learning that prepares employees for the pace of the digital world.

A lack of digital activity will make growth a challenge. Take Kodak as an example. The decades-long decline of film-based business ended in bankruptcy due to the resistance of change. For the company, digital change was realized as early as 1975.

And, in 1981 researchers at Kodak suggested the company still had the chance to stay relevant if they embraced a digital transformation. Researchers anticipated, that for a full business revamp, the change would take approximately 10 years— but it was still possible.

The problem is that, during the 10-year window, Kodak did little to change. Even as late as 2007, a Kodak marketing video continued to emphasize “Kodak is back” disregarding the new digital landscape.

These strategic errors stifled the company’s ability to grow and in January 2012, Kodak filed for Chapter 11 bankruptcy.

Takeaway - Acknowledging change is not enough, a company needs to embed that change into its practices, culture and processes in order to realize its full potential. When it comes to digital transformation, brands need to engage in the process and look at how it can be integrated to drive digital maturity.

7) Miss out on social selling opportunities

To understand social selling on their platform, LinkedIn has created the ‘Social Selling Index (SSI)’. The algorithm uses your LinkedIn activities to create a score, 0 – 100.

Those with a high SSI:

According to IDC, online social networks play a vital role in the purchase process for 84% senior B2B buyers. Additionally, 75% of B2B buyers and 84% of C-level/vice president (VP) executives surveyed use social media to make purchasing decisions.

Takeaway - Once seen as a buzzword, social selling is now an effective way for sales professionals to engage with and influence customers. Any brand wanting to grow and drive revenue today needs to have a sales team that are familiar with and competent in selling online.

8) Fail to gain a learning advantage 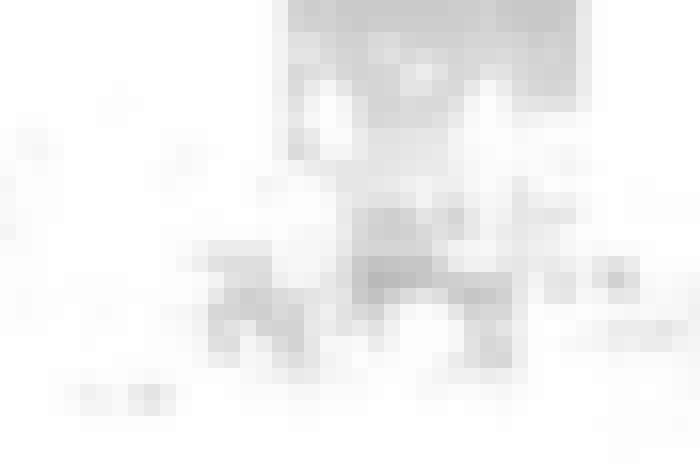 Early adopters of technology have a learning advantage on the competition. Through testing and learning, organizations can get better insights, and update products and policies faster than those who don’t embrace a digital approach.

Tracking customer interactions and movements throughout a store provide details about their shopping behavior that allows retailers to optimize and personalize their experience. For example, if a certain area of the store has heavy foot traffic, retailers can rearrange the store setup to display popular or high-dollar products and increase sales.

Using iBeacon the Brooklyn Museum, New York leveraged the tool to find out what artwork their visitors were most interested in and then interact with them accordingly. 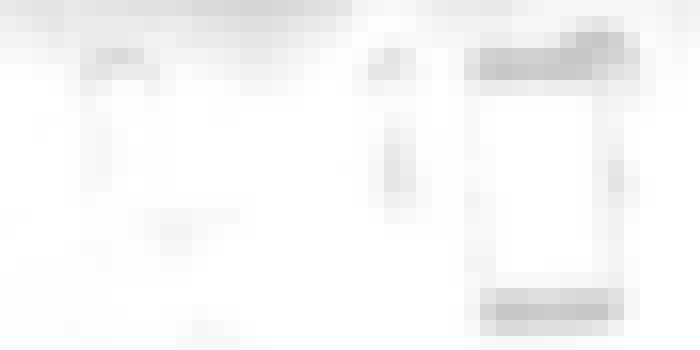 The museum would track how long a visitor dwelled on a particular object and send the visitor more information on it. The data can also be used to learn about the layout of the museum and help curate museums more strategically.

Additionally, the technology can be used to give tours and issue entry tickets to visitors so they don’t have to stand in line, both are ways to improve a customer’s experience.

Takeaway - Irrelevant of industry, brands should not be afraid to try new technologies to improve customer engagement and experience. Pilots and trials of technologies are an easy way to test how a technology could work for your business on a small scale and provide new opportunities that would have otherwise gone unexplored.

A huge upside to digital is it can be done at low cost and suit budgets of all sizes. Traditional marketers know that it's difficult to compete with the internet’s potential to reach thousands of consumers and be able to track the ROI easily.

For example, if your business spends $500 per month on a billboard, it’s difficult to assess how many people walked into your business as a direct result.

On the flip side, with a digital marketing campaign and proper analytics tools, it's easy to see the reach and impact of a social post, ad, video, or email.

Furthermore, you can track customers through their journey, like how many people visited your website from a social media ad and ended up making a purchase.

Takeaway - By digitizing processes and campaigns your company can harness the power of technology to automate and optimize, meaning that over time running costs will go down rather than up.

Two-thirds of the CEOs in Global 2000 companies plan to have digital transformation at the center of their corporate strategy. And, according to IDC, 55% of businesses believe they have less than a year before they start to suffer financially and lose market share.

Companies that don’t respond to market changes brought about by innovation, because of a fixed mindset or because they didn’t read the market right, tend to miss out on opportunities.