As digital presents new opportunities, it allows companies to enter a marketplace quickly, wielding a disruptive impact that some organizations are struggling to handle.

Its evolution has changed the way businesses interact with and influence their customers, position their brand against competitors and promote new products and services. So what’s the solution?

Make digital transformation a priority for your business as well as your workforce by putting the structures, systems and processes in place necessary to drive digital maturity and encourage growth.

For inspiration, here are 5 excellent examples of brands that are driving success through digital transformation.

The culture of an organization is critical to its digital maturity. By focusing on creating a fun, rewarding and engaging environment for staff, an organization stands to boost happiness and as a result, raise overall productivity by around 12%.

While it's possible to change processes, technologies and infrastructure, the human aspect of a business is a far more complicated beast and as such, it requires an approach that embraces a company’s greatest asset – its people.

Take SAP for example. After its current Chief Digital Officer, Jonathan Becher, joined the company, he quickly realized that company culture is as vital as business transformation and technology when it comes to digital transformation.

Internally, a number of cultural issues were identified at SAP, but two stood out in particular. The first was the need for the business to adopt a hands-on approach to its future rather than relying on the input experts from the outside of the organization. Instead of using consultants, SAP made internal tweaks, and while it proved time-consuming, this meant that people within the organization were given the tools necessary to change, learn, adapt and enhance their skillsets.

The second issue was the need to embrace failure rather than see it as a negative entity or taboo. To change the company's mindset, critical executives at SAP embarked on a journey to re-pivot the culture. By running a series of small experiments that focused on placing 50 small bets in place of one large one, SAP has been able to cultivate an environment that learns and evolves from its failures rather than blaming others for their shortcomings and stunting development 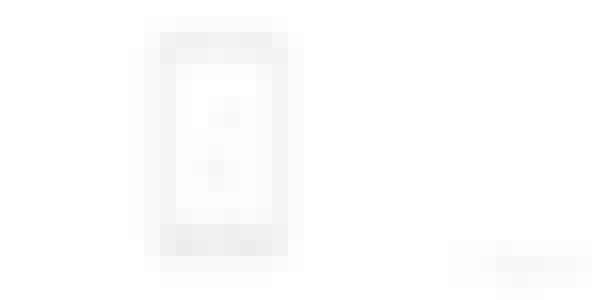 The financial sector is under increasing pressure from fintech disruptors. In fact, this disruption is to such an extent that over a third of full-service banks could lose out to their new digital competitors. These new fintech companies entering the arena are not only far more agile than traditional monetary services, but they know how to operate and successfully earn revenue online.

After the appointment of a new COO, Asian-based DBS Bank rose to the digital challenge, embracing the changes around them, giving the fintech businesses a run for their money in the process.

In his new position, Paul Cobban looked at the bank’s corporate strategy and swiftly came to the understanding that DBS needed to do more for its customers, which led to the creation of its RED mantra: Respectful, Easy to deal with, and Dependable.

Explaining his thought process behind the company's new mantra and tech-driven processes, Cobban explained: "People’s lives don’t revolve around banking, after all. If you’re making a major purchase like buying a refrigerator, the smaller and faster the banking piece, the better. To make banking joyful, make the banking part invisible.”

The world of digital is in constant flux, and as such, disrupters are inevitable. Learn from competitors and use technology, data and online channels to make offerings more efficient, streamlined and valuable.

As one of the world's most iconic toymakers, with Monopoly and Play-Doh as two of its leading brands, Hasbro realized that it had been focusing on children in its advertising rather than the people who actually buy the products – parents.

By leveraging segments of available data, Hasbro transformed and tailor its advertising efforts to meet the needs of its target consumers, using social media to run targeted ads while focused on multiple marketing channels to expand its reach. Using an ad tech platform, Hasbro now drives sales by advertising products— impulse buys in particular - at the end of the customer journey on retailer sites. This targets parents with relevant products when they are buying for their child, a strategy that is proving very fruitful for the company.

Speaking of the company's recent success, Ginny McCormick, VP of integrated media and promotions at Hasbro said: “We started really understanding where consumers were shopping. We’re now leveraging analytics to create a frictionless and relevant experience for the consumer.”

To ensure success in the realms of digital transformation, utilizing data is essential - and when you consider more data has been created in the past two years or so than in the entire previous history of the human race, there's no excuse not to.

According to Accenture, 40% of US healthcare consumers now use digital technologies in all aspects of their daily lives or strive to do so.

As an industry, the healthcare sector lags behind other sectors such as retail and tourism when it comes to digital innovation. Despite this, a new IDC report suggests that digital transformation initiatives in healthcare account for 30% of all innovations, including personalized medicine, telemedicine and M-Health developments.

Aware of the innovation that can be realized by the adoption of digital technologies, Pfizer collaborated with tech giant IBM to launch a cutting-edge research project that delved into Parkinson’s disease.

By embracing IBM’s machine learning capabilities, the pharmaceutical company plans to roll out a system of sensors and mobile devices to provide doctors and researchers with critical disease symptom information in real-time to find valuable connections between symports as well other clinical data.

Not only will this be likely to revolutionize the field, but it is also a testament to the fact that if embraced, digital technologies have the power to change the world in a positive way.

Digital transformation isn't a task that you can accomplish overnight, and with so many facets to consider, having people that specialize in particular areas of the business will help you on your path towards digital success.

While currently in its infancy, Subway’s CIO is leaving little to chance regarding the sandwich giant's digital strategy. Responsible for governing core capabilities such as the website, mobile apps, payment systems and loyalty programs, Carman Wenkoff has hired a bank of technology, marketing and operational professionals.

The plan for these new employees is to help overhaul the company’s mobile app and redesign the stores for the future, including self-service kiosks and other capabilities in the process.

Speaking when he was on the cusp of his fresh digital recruitment venture, Wenkoff said the company was going to take its time to meet its strategic goals:

"We'll be recruiting for all these positions now. We literally have 150 positions that are open and what we're doing is because we're also realistic about our timeline and relocating people, we're not going to rush it."

Not only does restructuring departments and acquiring specialist digital talent help to drive future success, but it will also help others in the business to thrive by learning valuable skills and gaining practical experience from new forward-thinking recruits.

The world in which we live is now digital and companies - much like those explored above - that embrace its impact on customer's everyday personal and professional lives will be the ones who thrive today, tomorrow and long into the future.

Articles:
What’s the Value of Accrediting a Marketing Program for Universities & Colleges?

Articles:
What is Digital Transformation? A Guide for Businesses

Articles:
How to Manage a Remote Team (and the tools to help you do it)