What Can 5 of the Most Impactful Campaigns Teach Us in 2018?

With the end of 2017 in sight, it's time to reflect on the most effective and impactful digital campaigns of the year, and what they can teach us going into 2018.

2017 has seen some of the most meaningful, dynamic, innovative and inventive digital marketing campaigns to date. In the summer, we gave you a rundown of the most impactful campaigns of the first half of 2017 - including Heineken, Gucci and The New York Times - and in this blog (part II) we look at five more.

While brands on average spend between 25% and 43% of their marketing budget on content, but only 23% of CMOs feel they are producing the right information for the right audience, and delivering it at the right time and in the correct format.

With content becoming more and more important, particularly content that packs a punch, we explore 5 (more) campaigns that made a major impact in 2017.

This social media driven campaign used the well-formulated hashtag #MeToo to encourage men and women to speak out against any sexual harassment they may have experienced during their lives. And it quickly went viral.

According to Twitter, more than 1.7 million women and men have used the hashtag in 85 countries, with many celebrities and popular figures backing the campaign. 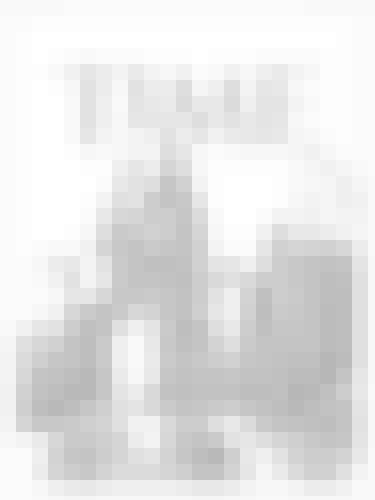 Not only did this powerful and perfectly-timed digital campaign highlight an incredibly rife but seldom talked about issue, bringing it to the forefront of the public consciousness, but it also sparked somewhat of a revolution, helping to spark major social change as a result.

It's clear that in this day and age, people care more about social change than ever, using social media as a medium to voice their opinions and spark debate. In 2018, taking a human approach to your digital campaigns, offering support or a solution to important issues is the way forward when it comes to building trust and communicating your brand's core values.

Consumer goods company Procter & Gamble stopped people in their tracks this year with their evocative real-life glimpse into the struggles faced by youngsters growing up black in the United States.

In the company's two-minute short titled, 'The Talk', P&G shows young African Americans talking with their parents based on real-life scenarios, showcasing a slice of hard-hitting reality rather than making a political statement. And the way it has been produced is breathtaking.

Striving for a world where every voice and opportunity is equal, P&G opened up the conversion about the bias towards the black community in America - and this video alone has earned over two million views on YouTube.

This impactful campaign shows that in 2018, to communicate the ethos of a business and make a genuine impact, you should always be honest and never be afraid to be bold.

Taking a morbid subject and injecting it with a little oddball humour, music streaming giant Spotify turned the heads of many of its current and prospective users with its 'Play This at My Funeral' campaign.

By leveraging general user data to craft the concept of its campaign, Spotify took fairly obscure songs and used them to launch a video series that showed people mourning at a funeral with a song incongruous to the nature of the event playing in the background while they danced along to it with tear-filled eyes.

The popularity of this savvy digital campaign - the original earned over 1,280,860 YouTube views alone - grabbed the attention of many celebrities as well as the creation of a number of spoof or spinoff videos that were shared across the web.

In 2018, brands can win big by showing their fun, playful side, using humor to spark the interest of their target audience and creating a series of assets to help expand the reach as well as the longevity of their campaigns. Again, this is a testament to the importance of meeting consumers on a more personal, holistic level, rather than flooding them with straplines and advertising slogans.

In recent years, we have become a far more environmentally conscious species, and as such, a third of consumers prefer sustainable brands.

Created to coincide with Earth Day, Apple created a digital campaign that focused less on what you can do with their products and more on the importance the preservation of our planet.

With its stunning visuals and alluring narration, this particular video became the centerpiece of the tech giant's Earth Day campaign. The most ingenious thing about the video is that it is was shot and produced using an iPhone, showcasing the capabilities of Apple products while conveying a vital message.

By strategically launching a series of other environmentally focused videos and images and using Earth Day as a campaign driver, Apple helped to raise more than $8 million for the WWF.

With consumers more environmentally, socially and culturally focused than ever before, to create a digital campaign in 2018 that holds any real weight, you must use them as a vessel for communicating your company values with your target audience an honest, transparent and grabbing way. To make an impact, you must add an additional layer of depth to your marketing communications.

On the back of winning the Cannes Grand Prix for “Google Home of the Whopper”, Burger King launched a hard-hitting campaign that explored bullying using a hidden camera experiment.

Over three minutes, the video shows people at one of the restaurants looking on as a boy is bullied with many doing very little to help. In contrast, when people see that their Whopper Jr. sandwich has also been 'bullied', they quickly take action.

At the end, the video unveils that while 95% of onlookers reported the 'bullied' burger, only 12% intervened and helped the boy being bullied. Only launched in October, 'Bullying Jr.' has already accrued 4.2 million views on YouTube.

For 2018, this campaign demonstrates that brands should not be afraid of tackling difficult issues. By using a clever twist on a real-life and difficult issue, brands can go some way to not only highlighting an important topic in our society, but also show their support to try and help drive awareness of something that affects a core member of their customer base - young people.

Each of these campaigns is meaningful and original in its own way but what's common among them all is the fact that each takes a very human approach to its campaign, striking a personal chord with its audience, earning trust, respect and loyalty in the process.

In 2018 using the learnings from the success of these campaigns will help a brand speak to their audience while showcasing company values and driving brand awareness.

Videos:
Team Talk: What is the Metaverse?

Articles:
The Future of Marketing After Covid-19

Articles:
Why Digital Marketing is Important for Small Business

Articles:
Why B2B Marketing Is Boring. And How To Fix It