7 of the Most Impactful Digital Campaigns of 2017… So Far

We’re only halfway through the year and, already, there have been a number of digital campaigns that have set the bar high. Using multiple platforms to tap into trends and tell engaging stories, these campaigns use a range of styles and themes to help organizations create a buzz around their message, product and brand.

With 65% of marketers citing their biggest challenge as generating traffic and leads according to HubSpot’s recent State of Inbound Report, a great digital campaign can both capture the imagination of an audience and drive engagement.

From politics to alcohol, non-profit to fashion, let’s examine what strategies lie behind the most impactful digital campaigns of 2017 so far.

This stark, copy-led campaign was multi-platform, appearing on TV, in print, outdoor, on social and in direct email marketing. A reaction to the fake news phenomenon, the Trump presidency and his administration’s adherence to “alternative facts”, the campaign tackles head-on the widespread sense of eroding faith in knowing the truth.

The commercial flashes through a series of statements that start with “The truth is …” including one that’s a direct reference to President Trump himself: “The truth is the media is dishonest.”

The New York Times aired their punchy TV ad in a 30-second advertising slot during the Academy Awards in February, targeting a liberal audience that would be receptive to their messaging. It was a huge success with over 15 million views since it first aired and was followed up with targeted advertising on social media in the same style, as well as direct email marketing to increase subscribers.

With subscribers now at a record level of 308,000 digital subscriptions in the first quarter of 2017, the campaign is an excellent example of using current events to create a sense of urgency and drive customer engagement.

Open Your World successfully achieved what the Kendall Jenner Pepsi adfailed to do. It took real political differences and brought out the humanity behind them, reinstating an empowering belief in human kindness and understanding.

A real-life social experiment, Heineken brought together people from opposite ends of the spectrum (feminist and anti-feminist, climate change activist and denier) and got them to take part in team-building activities, before unveiling their political viewpoints. They then had the option to share a Heineken and discuss their differences – which every pair chose to do.

Using Facebook as the campaign’s primary platform it celebrated political difference and human understanding. It was received enthusiastically, achieving 3 million views only eight days after its launch, with over 50,000 shares in its first month and a trending hashtag #OpenYourWorld.

Gucci’s March campaign is a perfect example of successfully jumping on a trend to tap into a particular demographic. In this case, Gucci was looking to raise awareness among a group typically younger than those who can afford their products to create an enthusiasm around the brand. 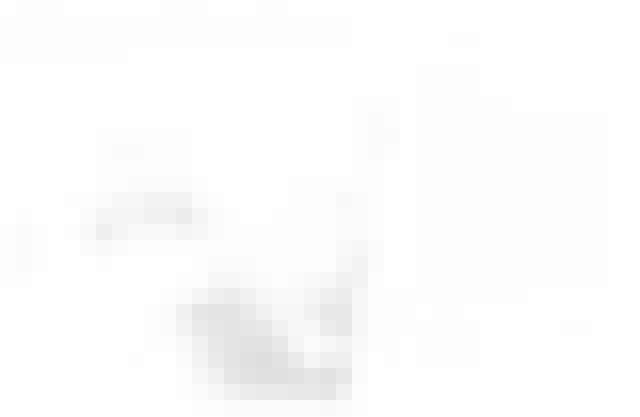 The campaign was based primarily on Instagram, with a supporting microsite that provided additional information, creating a fuller, richer digital world. It centered around the hashtag #TFWGucci (That Feeling When Gucci), based on the infamous internet-born catchphrase “that feeling when …” and accompanied by humorous image that related back to a Gucci product.

By imitating memes, Gucci tapped into a powerful internet trend that resonated with its target audience. The memes amassed almost 2 million likes and over 21,000 comments on Instagram. Each post accumulated an average of 67,000 likes and 768 comments creating a buzz around the brand.

4) Empowerment - Be The Guy 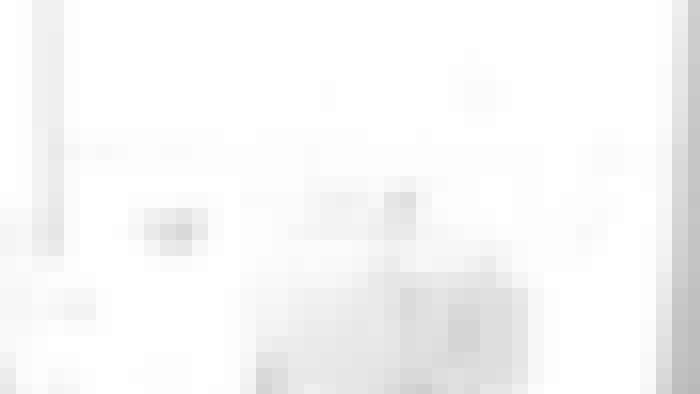 Be The Match, a nonprofit focused on saving lives through bone marrow donation, was facing a critical business problem: their registry lacked 18-24-year-old men, a hard-to-reach donor type.

While nonprofit marketing often focuses on the patient, this campaign flipped that approach on its head, showing instead that being young and male qualifies you to save a life. The campaign was launched on Reddit and Twitch, with banner ads and gifs celebrating the weird and wonderful uniqueness of this demographic.

With this campaign came the message of empowerment, rather than the typically seen emotional drivers of guilt or compassion. By going against the grain and tapping into the internet’s penchant for the ridiculous, the campaign was a success.

As a result, the charity saw a massive 280% increase in 18-24-year-old males with 17,974 new donors acquired. Online it generated 212 million total media impressions (on Facebook, Instagram, Reddit, and Twitch) and a 970% increase in total direct traffic.

Airbnb used video to show their full support for acceptance of people from different places and backgrounds. Without directly expressing the link, the timing of this campaign indicated that Airbnb was voicing their opinions on recent political policy. The ad was aired on TV during the Superbowl, just days after President Trump’s travel ban. In this way they cemented their position as a world-renowned brand with a focus on acceptance. 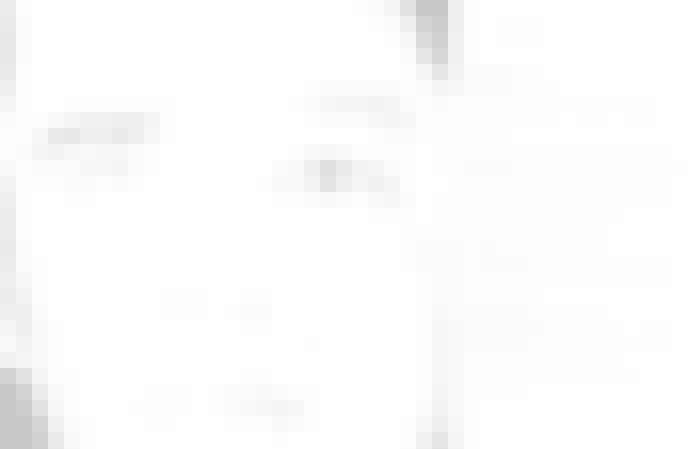 Although political statements in marketing can be hit-or-miss, Airbnb successfully capitalized on this trending topic to take a stance on an important issue while re-enforcing positive consumer perceptions about their brand. The advert racked up almost 5 million views within its first month on YouTube and 100,000 views on Instagram.

Labelled #KnowYourLemons, this campaign was designed to promote awareness of the various signs of breast cancer on Facebook. Using lemons bearing various breast cancer symptoms, the advert reminded women that lumps are not the only symptom. By using an everyday object to depict 12 different signs, the image cleverly gets around censoring rules and aims to help women overcome fears about checking their breasts, through friendly humor. 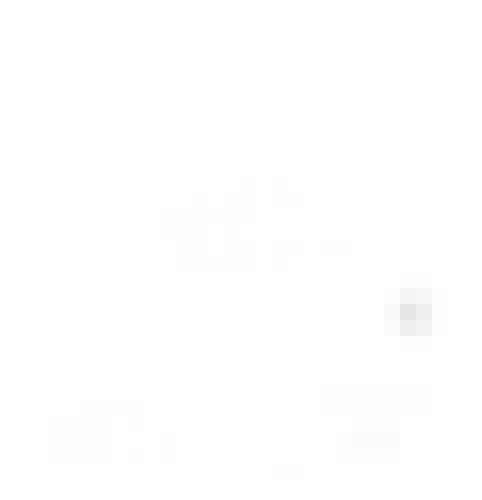 Leading back to a specialized microsite that gave more information, the image acted as a gateway to the full digital campaign, which included a quiz that viewers could take to see how much they were at risk.

Ted Baker used a highly original, multichannel approach to refresh the brand and create a new interest among its followers. It achieved this by developing a comedy sitcom named ‘Keeping up with the Bakers’, that played episodically on Instagram Stories over an eight-day period.

The Instagram campaign ultimately led to a 360-degree movie in which the items owned by the characters could be purchased. The sitcom tells the story of the Baker family who appear to be the picture of suburban utopia, yet beneath the airs and graces the family aren't quite what they seem. Hooking the audience with a narrative, the Bakers’ takeover on social also encouraged followers to get involved, invent their own endings and win prizes.

With 55% of 18 to 29 year-olds in the US using Instagram, and the next largest group at 30 to 49 years (28%), the brand used Instagram Stories to attract the younger audience to great success. The movie’s trailer was watched 1.9m times with 19,000 likes on its social campaign.

The shoppable film, complete with VR element allowed viewers to be completely immersed into the Bakers’ world. When done well, original and hi-tech marketing campaigns can really pay off, with Google Analytics showing that 360-degree video typically results in a higher click-through rate, as well as increased engagement through social shares.

What we can learn from these campaigns is that knowing your audience and keeping on top of trends can provide huge opportunities for brands as it can make campaigns relevant and shareable. In addition, more often than not, these campaigns leave customers with overwhelmingly positive emotions - humor, empowerment and human connection which touches the hearts and minds of their audience and encourages them to engage, share and take action.

eBooks:
The DMI Guide to Digital Marketing for Small Business

Articles:
How to Optimize Your Organization’s Digital Marketing Budget

Articles:
How To Choose The Most Qualified Digital Marketing Agency

Articles:
How to Create Your First Digital Marketing Campaign