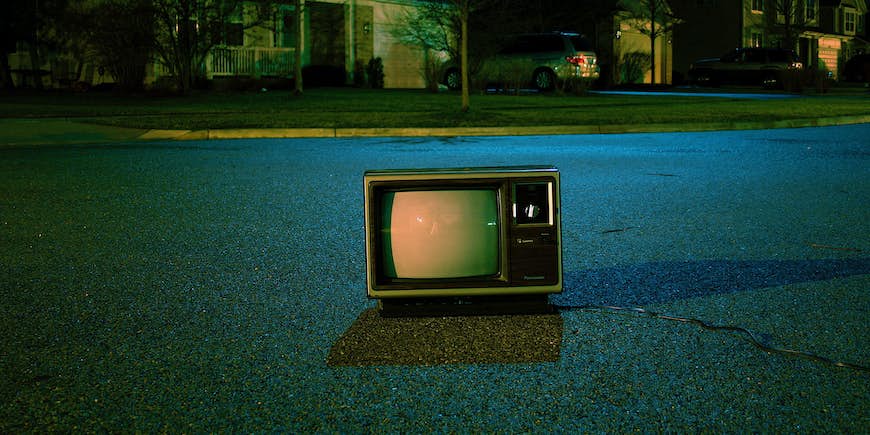 For many decades, the television has been an entertainment lynchpin in households the world over.

Friends and family sit around the TV set to enjoy their favorite primetime programs or sporting spectacles, consuming product advertising at regular intervals throughout the afternoon or evening. And while traditional television advertising, in addition to strategic product placement, once served to yield brands a solid level of return on investment (ROI) for their efforts, it seems that these tactics may be losing their power.

As you will no doubt be aware, the evolution of the digital age has changed the way in which we interact with the world around us, and as a result, we as consumers demand far more creativity, value and connectivity from today’s brands.

It seems that in recent years, the revenue from television advertising in the UK alone has begun to plateau rather than dwindle, but while income from television stagnates, the spend on digital advertising continues to increase as more brands are investing in its potential. In fact, mobile ads are expected to account for half of web advertising by the end of the year.

That said, are we approaching a tipping point where digital marketing and online promotional methods will almost completely replace television advertising? Do brands and businesses stand to gain any tangible rewards from their TV marketing spend in today’s hyperconnected world?

While television still accounts for a sizable portion of marketing expenditure, many experts believe that it's losing its value in an age where consumers are empowered by autonomy, flexibility and choice.

Subscription video on demand (SVoD) and over the top (OTT) content platforms including Amazon Prime, Hulu and Netflix, have changed the face of home or personal entertainment, offering a seemingly infinite choice of original content and classic programming. In addition to this, these services offer subscribers the freedom and flexibility to decide on their viewing schedules while enjoying their favorite content from a multitude of devices – all for a reasonable monthly fee.

As SVoD services have invested more in user experience and the acquisition or creation of entertaining, dynamic content, consumers in their droves have started shifting their attentions towards the likes of Netflix – which in the current climate, is thriving.

While many consumers enjoy SVoD services alongside traditional television services, cord cutting – consumers severing their ties with regular television programming in favor of web-based entertainment services – is on the rise.

To put this into perspective, a study from eMarketer discovered that 22.2 million American adults cut the cord on cable or satellite TV services in 2017. This figure has risen by 33% from 16.7 million in 2016.

As viewers migrate to online services, the role of traditional advertising is quickly losing its value; the more immersive the digital universe becomes, the more people are starting to skip over TV-style ads.

A Low Tolerance for Traditional Advertising

Speaking to ‘The New York Times’ about today’s entertainment market, the head of global forecasting at Magna Global, Vincent Letang, explained, “TV global growth is diminishing. In most major developed markets, TV growth is slowing and in some cases stagnating.”

One of the biggest drivers of this notable loss in TV advertising revenue power is the fact that today’s content-devouring consumer has a low tolerance for advertising.

We know that in the modern world, people already value the opinions of their peers over traditional banner-style advertising – and television is not excluded from this list. As people gain a greater level of freedom and flexibility, coupled with a desire to buy into a brand based on their story, ideals, values and customer experience, TV advertising, on the whole, offers little ROI to emerging businesses looking to make their mark. Expensive ad space coupled with disinterest doesn't amount to a great deal of profit, after all.

68% of online buyers will spend considerable time reading content published by a brand they are interested in – this insight alone is a testament to the power of inbound marketing in the modern age.

Digital marketing campaigns offer businesses considerable value as they reach out to prospects on a personal level, using methods that are not only far from intrusive, but are less costly than TV advertising and drive a significant level of engagement.

In a digital marketing-focused conversation with The New York Times, Jonathan Barnard, the head of forecasting for ZenithOptimedia, asserts that: “The prospect that online and mobile platforms would capture more ad dollars than TV became inevitable in the last several years. Until recently, advertisers were dipping into their print budgets to feed their digital ad purchases. But ad dollars are now flowing from TV to digital.”

We’ve established that we may be reaching a tipping point in which digital marketing could overtake or even replace television advertising regarding adoption and expenditure. Here we explore some of the possibilities emerging technologies, trends and promotional channels offer forward-thinking brands and marketers today.

By 2019, the voice recognition market is expected to be worth $601 million. Moreover, during the 2017 Christmas period, 40% of adults used voice search assistants on a daily basis to help them with their shopping and decision-making.

The rise of voice assistants like Amazon’s Alexa and Google Home present a fresh advertising opportunity for brands and businesses looking to market their products to an engaged audience.

As this becomes an increasingly valuable advertising channel for marketers, we expect the likes of Amazon and Google to launch voice-based AdWords-style initiatives, while platforms like the Alexa Skills Kit will provide brands more opportunities to communicate their value to prospects.

Take the Red Cross, for instance. The charity launched a first aid skill for Alexa that bestowed users with the ability to ask questions and treat common ailments or medical issues including heavy bleeding, severe burns, and seizures, and receive an instant verbal answer. This initiative earned the charity a boost in brand authority and serves to showcase the potential of voice assistant marketing.

Brands in all industries could adopt this strategy, helping them to answer questions related to their products and services, or to a particular topic or niche.

At present, chatbots are somewhat of a novelty, but by the end of 2019–2020, these machine learning entities will likely become a part of our everyday consumer lives. In fact, Gartner, a leading research and advisory company, projects chatbots to power 85% of all customer service interchanges by 2020.

By developing a chatbot strategy early on, marketers stand an excellent chance of boosting their brand's authority and reaching a wider target audience.

For instance, Spotify's Facebook Messenger bot makes it simple for its audience to search for, listen to, and share the music they love. Once you get started, a chatbot offers playlist recommendations based on your mood, what you're doing, or any genre of music you request – an innovation that demonstrates the conversational advertising potential of chatbot technology.

The growth of live video

As the consumption of video content continues to grow, so will the dominance of live TV. In fact, in 2016, over 80% of internet users watched more live video than in 2016 – and this is more than likely a direct result  in the rise of modern streaming services.

Today's audiences enjoy live video content, and 67% of live viewers state that they're more likely to purchase a concert ticket to see a band or attend an event if they’ve viewed a live stream of a similar event online.

Rather than focusing on purchasing ad space during video events, brands or businesses that create their own sponsored streams, showcasing their value through the medium of live entertainment, stand to attract new prospects while forging long-term relationships that will help cement sustained commercial success.

As opposed to spending large portions of their advertising budget on television promotions, those that utilize the ever-growing number of digital marketing mediums to their advantage will set themselves apart from the competition and enjoy increased ROI from their efforts.

That said, as more brands and businesses begin to invest in the virtues of digital advertising, the space is in danger of becoming increasingly saturated.

To cut through the noise and set yourself apart from the pack, keeping abreast of emerging trends and becoming an early adopter is essential. Moreover, there's no replacement for dynamic, creative, meaningful and value-driven marketing content.

For inspiration, here are some handpicked resources:

Could we really be reaching a tipping point? – it looks like this is a tangible possibility. The future is digital, and by remaining adaptable, relevant and creative, you stand to gain a great deal from the online marketing space.

Articles:
The 10 Creative Fundamentals of Video