Is Your Business Ready for the Rise of Generation Z? 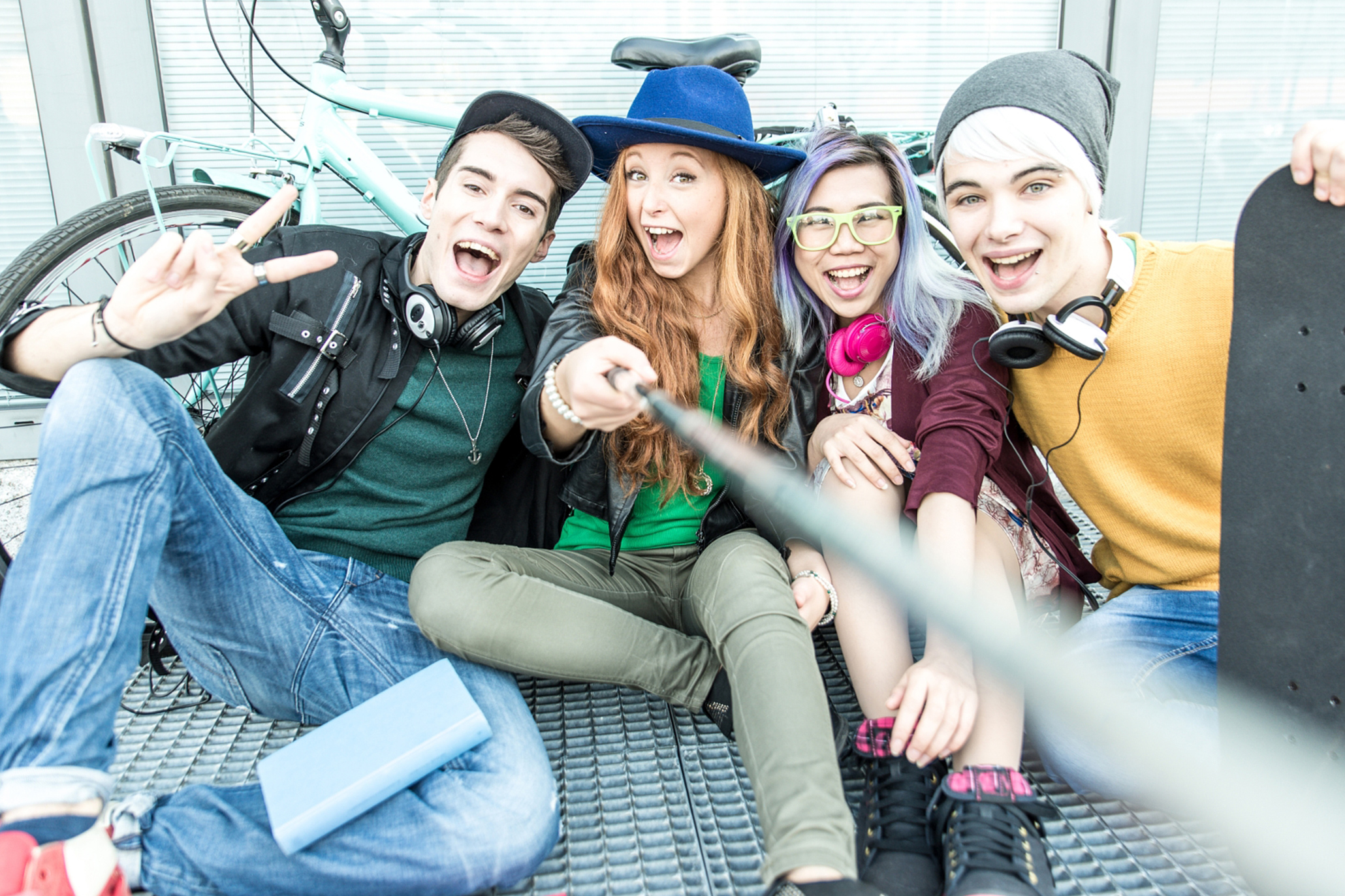 Hailed as the next big retail disrupter, Generation Z is the first collective of real smartphone natives with the vast majority not remembering a time when social media didn't exist.

Making up a quarter of the U.S. population and accounting for 40% of all consumers by 2020, Generation Z is a force to be reckoned with. For any business hoping to thrive - and indeed survive into the decade and beyond - understanding the needs, and behaviors of this new technologically adept group of consumers is critical.

It’s not about attention spans

Those in the generation Z demographic are typically 16 - 18 years of age. Due to the seemingly infinite range of options available to these youngsters in the digital world, the only limit is time. Thus, consumption behaviors among young people have evolved.

An often thrown around fact for millennials and indeed Generation Z is they suffer from short attention spans as a result of digital. Others debate this isn’t the case and rather than an eight-second attention span (interestingly enough less than the reported span of a goldfish) being an issue, they actually possess an eight-second filter that is very adept at casting aside irrelevant information.

Gen Z's primary goal is to get to content faster. For this generation, speed is achieved by the use of trending pages within apps that collect the most popular recent content. Functionality such as Moments for Twitter allows users to enjoy the latest news from around the world, curated according to their specific areas of interest. The Pulse app for LinkedIn also provides a quick and easy solution for finding relevant news and information based on a user's area of expertise and business connections, and it's these developments, among others, that are proving very popular among members of this new generation.

Another way Gen Z source information without wasting unnecessary time is by turning to influencers, such as Phil DeFranco and Bethany Mota, to locate the information and entertainment that's most relevant to them and their desires. By using these tools, members of Gen Z can shrink their potential options down to a more manageable size.

When it comes to interacting with brands, Gen Z has a highly tuned radar for being sold to, coupled with a limited amount of time and energy to spend assessing whether something’s worth their time. As a result, the major challenge for companies will be to break beyond these filters and engage with the individual in a genuine way that proves beneficial and valuable, to both sides.

Alongside personalization, interactivity and content collaboration are enticing to Generation Z. For internet radio company Pandora, they decided to promote their new Thumbprint Radio feature with user-generated content. An interactive campaign, Pandora wanted to capture people’s imagination and did so through a #nofilter reaction when someone’s favorite music came on. In response, collaborators showed their own personality with humor and amazing dance moves. In other words, Pandora promoted its brand by using regular people and asking them to join in on the fun.

A socially conscious group, brands need to target Gen Z’s using a good brand-advocacy strategy. Influenced both by key influencers and reviews Generation Z can be invaluable if they like your brand. As advocates they are vocal and active, so can prove to be important brand ambassadors that spread the word of a campaign or product. With more being expected from brands - both in terms of transparency and giving back to society - a good customer experience is vital. Therefore companies need to be prepared to foster and nurture online relationships with customers whether the feedback is good or bad.

The future of stellar customer service lies in striking the right balance between technology, like “bots,” and a personalized human touch; 64% of U.S. youth and 59% of UK youth like to shop in stores for the good customer service - Bot Or Not

Due to the fast-paced, hyper-connected digital world they've grown up in, those in Generation Z have an acute urgency and ability to cut through the noise and seek what they want, particularly when it comes to work and education.

All in all, Gen Z understands the value in going to college and believe that traditional education should be enhanced by innovations that offer hands-on experiences and practical skills. In fact, nearly eight in 10 favor integrating education programs with employer internships, while 72% say colleges should allow students to design their own course of study, or major. And when it comes to finding a job, these young go-getters are going in with their eyes wide open.

According to research conducted by EY Global Generations 3.0, less than half of full-time workers place a 'great deal of trust' in their employer (46%), boss (49%) and colleagues (49%). The research also included a focus on Generation Z, aged 16-18, and discovered that those surveyed stated that trust in their employer would stem from providing equal opportunity for pay and promotion, as well as opportunities to learn and advance in their careers.

When it come to digital skills, Generation Z need to trump their older counterparts. A recent global study found that Millennials were the least skilled digital marketers of all age groups when tested, scoring only 38% in the USA, 31% in the UK and 34% in Ireland. In addition, employees aged between 18 and 34 overall struggled most with analytics and reporting skills, compared to their older counterparts.

In comparison to the previous generation, Generation Z are keen to build aptitudes at a young age that help them stand out from the crowd. Instead of just ‘hanging out’ as they perceived the Millennial generation to do, 89% of Gen Z’s spend part of their free time in activities they consider productive and creative and show an interest in developing skills tied to how to start a business (58%), graphic design (51%) and how to build or create apps (50%).

How to Interact with Generation Z

As mentioned earlier, Generation Z will account for a huge consumer base by 2020, so it's vital for businesses and brands to be able to connect with this new breed of consumers.

The first thing to understand is that these people are tech-savvy and don't have time to tolerate marketing fluff or nonsense. To truly get through to Gen Z, you have to be able to understand how to communicate with them. Here are some strategies that could be fruitful:

Don't overdo it: This doesn't mean, don't put the hours or time into your strategy, it simply means don't try too hard to be trendy. By trying to use acronyms like WTF and OMG, you're likely to come off desperate and unauthentic.

Instead, pay attention to trending topics and try to tap into them in a funny or original way to forge real bonds with your target audience. An excellent example of this is Taco Bell's Twitter account: a unique voice that taps into the topics that matter most to its followers.

Be real: Developing on the notion of not trying too hard to fit in with the emerging youth, when it comes to interacting with Gen Z it pays to be personable. According to a survey conducted by Deep Focus, 63% of Gen Z prefers to see real people in ads, opposed to a mere 37% who favor celebrities. In addition to this, almost 70% of people said that they are more interested in content with a realistic ending rather than a polished but far-fetched narrative.

An effective way of ensuring you create campaigns and produce content that speaks to Gen Z is by branching out to social influencers in your sector to place a buffer between your marketing message and your brand.

Take advantage of visuals: The average Gen Z consumer consumes 200,000 marketing messages before they hit the age of 15. Naturally, these people know how to jettison what they consider to be dull or irrelevant to them in an instant, so to get noticed and ultimately deliver your brand message, you will need to grab their attention.

A great example of using a visual experience is VR, an effective way for global brands to engage with this new cohort as 79% of U.S. internet users 10 to 18 are interested in virtual reality — 6% more than millennials. Brands are already investing in VR to target Gen Z in a more emotive way with companies such as Gillette through its pressure chamber and McDonald’s, while PlayStation VR has just launched an affordable alternative to Oculus Rift and HTC Live .

With an eight-second filter, companies don't have much time to impress, which is why visuals often appeal far more to Gen Z. One brand that leverages visuals to their advantage is Grammarly. The advanced grammar checking and proofreading tool often use a series of witty memes to grab their reader's attention while providing education messages which offer the perfect mix of value, humour and inspiration. Grammarly's Pinterest page currently has 12,000 followers and the number is increasing all the time.

In conclusion, we live in an ever-evolving digital world and before long, Generation Z will be at the forefront of these changes. Don't get left behind.

Is your business digitally ready?

Make sure your organization has the digital skills and expertise to engage Generation Z and ensure long-term success by downloading our global corporate brochure today.