6 Ways to Use Video in Your Social Media Marketing

In 2017, the world will watch almost five billion YouTube videos every day. On Facebook, users will get through an astonishing 100 million hours of video footage daily - a figure that has made Facebook video a major priority for 30% of marketers in 2017.

As a social media marketer, adding video to your campaigns and engagement efforts is one of the most powerful and effective ways to generate more attention and reach your audience.

Just like copy, video needs to be engaging, interesting and unique to be effective. Make your video without a clear focus and viewers are likely to tune out. Make it with a clear goal and you’re far more likely to achieve your objectives.

Below, we’ve shared six ways that you can use video in your social media marketing, from short videos that build anticipation to longer, more informative videos that let you dig into the details of your product and attract a more discerning, quality-focused target audience.

One great way to promote your brand using social video is to create short, instructional videos that demonstrate how your product can be used to solve a problem for the viewer. Ice cream brand Ben and Jerry’s has mastered this strategy on their Instagram account over the past year by posting short, simple recipe videos that incorporate their products.

Each video is reduced to the most basic steps of the process and sped up in post production so it only lasts for 30 seconds. The beauty of these little social video snippets is that they quickly solve a pain point for users. Vegan but want to enjoy a smoothie? Check out how to create vegan cherry garcia acai smoothies or what about some non-dairy caramel almond brittle tarts for the lactose intolerant in the audience?

The end result is a short, simple and tightly produced instructional video to keep viewers engaged, while naturally placing Ben and Jerry’s ice cream in front of the company’s social media following. Having experienced a 6-point lift in brand awareness using Instagram Stories, it’s likely that this encouraged Ben and Jerry’s to delve further into shorter social video content.

There is a noticeable difference in viewership between their instructional content and other post formats, with these recipe based videos garnering between 100,000 and 200,000 Instagram views each, statistics that highlight the importance of content that provides real value in a quick, accessible format.

Got a complex product? Go for long-format!

At a 2013 YouTube partner event, reps from the video giant shared that upwards of a third of all YouTube viewing time can be attributed to videos greater than 20 minutes in length.

Despite the commonly held belief that short video content is best for attracting attention, a huge percentage of YouTube audiences watch online video like they do TV - in long, in-depth viewing sessions.

If you have a complicated, interesting product that you can talk about in detail, long-form video is a great way to attract attention and engage your audience on a deeper level.

Marketers and content creators, it seems, are taking notice. A Q2 2016 report from FreeWheel shows that long-form video content grew in popularity by 37% over the previous year, outpacing live ad views for the first time in the report’s history.

Examples of long-form content done right include Wine Library TV, which amassed such a huge audience over its 10-year lifespan that it earned 60,000 views on a 22-minute video posted after a five-year hiatus of new content.

Or Nintendo’s Direct series, which attracts millions of viewers for long, detailed product videos that occasionally run for hours.

As Mad Marketer notes, long-form video is a great tool for attracting audiences that will reject short-form, traditional video marketing: “Where many millennials will do everything in their power to avoid a 30 second ad, most of them will allow themselves to be drawn in by a longer movie if it is compelling enough to grab their attention.”

In 2006, before most major brands had started to take social media seriously, Utah-based home and commercial blender company Blendtec launched their first video in a YouTube series called Will It Blend?

The videos involved Blendtec founder Tom Dickson blending popular consumer goods and well-known household objects ranging from iPhones and iPads in the company’s blenders. At one to two minutes in length, the videos are short, easy to watch and packed with fun inside jokes.

Central to each video are Blendtec blenders -- in fact, the entire series exists as a quirky online ad campaign for the company’s products. But because the focus was more on the zaniness of the concept than the product itself, viewers weren’t put off by the overt product demonstration.

Will It Blend? is widely regarded as one of the most successful social media video campaigns in marketing history, earning well over 280 million brand impressions for Blendtec and generating an immediate increase in sales for Blendtec.

The success of Will It Blend? shows that video content doesn’t need to be refined or expensive in order to be successful. Blendtec’s videos are nicely shot and polished, but all take place in a bland “test lab” and don’t contain much in the way of visual appeal.

Instead, they’re packed with fun, making them a hit with audiences and a huge driver of media coverage for a company that, prior to the campaign, was barely known outside of a small niche market for high-end home and commercial blenders.

If you want to attract attention with your video, try being quirky and unusual. Very few people will tune in for a two-minute product demo, but you could win over hundreds of millions by taking an interesting and unique approach to showing off your product’s functionality.

Create low-cost, rough and ready content to stand out

Effective social media video doesn’t need to be costly. In fact, sometimes “rough” content is more effective than polished studio footage for standing out and attracting viewers on Twitter, Facebook and other social networks.

Financial services company PwC proved this with its #BallotBriefcase campaign, which involved a series of short, on-the-street videos of a leather briefcase housing the Academy Award results as it made its way across the USA to promote PwC’s 82-year involvement in the awards.

The campaign increased PwC’s impressions 136x compared to content that didn’t feature the briefcase, all while generating 12.3 million impressions on Twitter. It went on to win the Shorty Award for best use of social media in a B2B marketing strategy and campaign.

When done right, inexpensive and simple content works. In some cases, the fact that it’s raw and simple isn’t a weakness for viewers -- instead, it sets the content apart from slickly filmed, overproduced commercial video, humanizing a brand and making it more accessible to the user.

Need help creating great content on a modest budget? Our Beginner’s Guide to Snapchat for Business is a great resource for mastering the basics of Snapchat and reaching your audience with short, simple videos.

Use pre-roll ads to reach your target audience on Twitter

Most marketers are familiar with YouTube’s pre-roll advertising options, but far fewer are aware that pre-roll ads are also available on Twitter. Twitter rolled out pre-roll ads in late 2015, and has since expanded them to cover live Periscope video content. 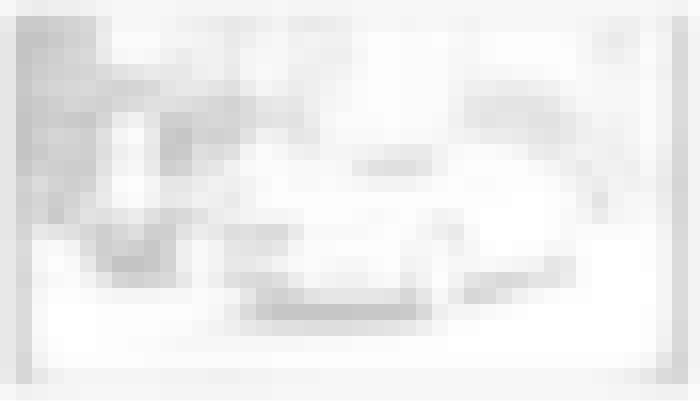 One huge benefit of Twitter’s pre-roll video advertising is its targeting options. As an advertiser, you can select your audience using IAB content categories, then narrow it down by filtering via Twitter’s location, gender, language, device, platform and carrier options.

Twitter also includes the option to exclude specific publishers, letting you avoid advertising on content that’s are a bad match for your brand.

Since Twitter pre-roll ads are relatively new, they’re also comparatively cheap. Volvo achieved an impressive $0.03 average cost per view and a 36% view rate (33% higher than average for the automotive industry) for its pre-roll video campaign advertising a Summer Sales Event.

Use social media video as a customer service channel

Finally, one of the most effective ways to use social media video to connect with your existing and prospective customers is to create video content that’s equal parts advertising and customer service.

Warby Parker does this brilliantly through its WarbyParkerHelp YouTube channel, which has a mix of promotional videos showcasing the company’s eyeglasses and useful customer service content that’s aimed both at Warby Parker customers and people searching for glasses.

Because the videos directly answer common eyeglass-related questions, they feature in the YouTube search results for keywords related to eyeglass maintenance and care, producing a steady stream of organic traffic while answering customers’ questions.

And since the videos aren’t directly commercial (Warby Parker sunglasses are, for the most part, only mentioned in passing) they can capitalise on the traffic that comes from users searching for unbiased, helpful information about different eyewear to win new customers.

Master the art of video marketing

Our post on How to Create Outstanding Video Content on a Budget is an excellent resource for creating your first videos, while our 5 Steps to Develop a Video Marketing Strategy on a Startup Budget contains addition tips to get the most from your first videos.

Before you launch your campaign, make sure you use our 5 Secrets of Super-Successful Video Marketing to master your story, video introduction and tone to get the best possible response from your target audience.

Articles:
YouTube SEO: Strategies to Rank Your Videos on Top

Articles:
How Much Do YouTubers Make?

Articles:
How Much Do YouTubers Make?