Google Algorithm Updates: What Do They Mean for Brands and Marketers? 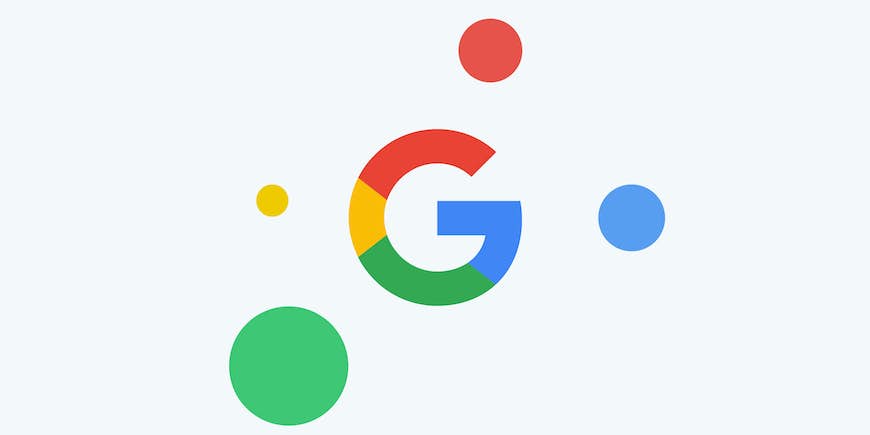 Google tweaks its search algorithms at least once a day, with the aim of providing increasingly accurate results for every search query.

Such a rapid pace of change can cause concern among marketers and it is easy to see why. Organic search drives over 50% of all website traffic – so if Google changes the rules, it can fundamentally affect the quantity and quality of online visits any business receives.

Equally, there are those in the search engine optimization (SEO) industry who pay close attention to these updates in the hope they can “crack the algorithm”. After all, knowing how Google evaluates websites could provide a very profitable competitive advantage.

Among the tiny tweaks that are indecipherable to the naked eye, the search giant has launched a small number of what it terms “broad core algorithm updates” in 2018. These are announced via Google’s SearchLiaison Twitter account (as shown in the screenshot below), a role held by renowned SEO expert Danny Sullivan.

The creation of this role at Google is a welcome step towards providing transparency into a medium that is the lifeblood of so many online businesses.

In general, Google developments nowadays aim to reward sites that provide a good user experience (UX), rather than punishing those that take shortcuts to get to the top of page one.

And yet, the mystery persists about how exactly Google “works”. To understand how we got here, it is worth quickly recapping the most important historical Google updates to set the scene.

After that, we will assess the new, markedly different age of algorithm updates we live in today, with a focus on those announced on August 1st and September 27th 2018, respectively.

Panda was a major algorithm update (with many iterations since its inception) that clamped down on content farms and sites with low-quality content.

The initial Panda update affected about 12% of all queries and saw sites with thin content or high ad-to-text ratios drop in the rankings. Panda has been updated consistently since 2011 to include new data signals. Its data is processed outside of the main Google index, much like that of the Penguin algorithm.

Known as the ‘Webspam Update’ at first, Penguin targeted spam techniques that had helped sites climb the rankings, such as keyword stuffing and buying backlinks.

3.1% of English queries at launch, but this soon expanded to a larger data set. Penguin has sent ripples through the industry to rival any other set of updates, and it now works in real-time to fine-tune the search results, rather than at intervals.

Perhaps one of the biggest core algorithm updates of all time, Hummingbird ushered in a new era of “semantic search”, powered by a deeper understanding of user intent and Google’s vast Knowledge Graph.

Hummingbird has affected how all queries are interpreted, but it has particularly benefited companies that work to create conversational search experiences. Google labeled this update ‘Hummingbird’ because it is “precise and fast”.

Google announced in October 2015 that it had started using machine learning as a core part of its algorithm, through a technology it coined ‘RankBrain’.

Pretty much everyone. RankBrain was said to be the 3rd most important aspect of the core algorithm and its importance has been cemented over time. This means Google’s algorithms can adjust their assumptions based on user feedback in real-time to provide increasingly accurate results.

Many businesses that sit just outside of a city’s geographical limits saw an increase in their visibility, as Google relaxed the fixed rules it previously had in place. Users also saw more variety in the search results, based on specific modifiers or the order of words in their search query.

Google started using the mobile version of content for its search index, rather than the desktop version – a seismic shift that marks the move to a mobile-first world.

The rollout has been very gradual, but all websites will be affected worldwide. Although it is taking time to get right, Google is completely committed to making this change. Webmasters should be monitoring Google crawl activity to see the impact of their shift to mobile-first indexing.

The above are just some of the headline acts in terms of updates, but they’re the ones that have done the most to shape the current landscape. For further information on this, there is an exhaustive list of all updates up to the present day at Moz.

With all that in mind, let’s get back to this year’s updates.

MozCast, which measures the level of volatility in search results, recorded very high levels of activity on August 1-2 (as seen in the screenshot below). This strongly suggests Google is making some big changes, and the industry pays attention when these numbers rise.

At first glance, this appears to give very little away. The update is described as a “broad core” change and the advice to webmasters in a later Tweet is to “create great content”.

Looking at those tweets from March 2018, some further light is shed on the changes, however:

As noted in the introduction to this article, Google’s aim is now to reward sites that provide useful, relevant content, rather than punishing sites that do not do so. Google never wanted to spend valuable engineering resources creating punitive updates, but some elements of the SEO industry necessitated the action.

The net result may be the same in some instances (if some sites are rewarded, others need to drop in the rankings), but the objective is significantly different.

Furthermore, the announcement is vague because the objective is to promote “content quality”, which is a very difficult term to define.

We can put this update into sharper focus by looking at the sites that were affected most.

What Has the Impact Been?

MozCast reports that the health, automotive, beauty, hobbies and entertainment verticals saw the highest levels of fluctuation on August 1 (as per the screenshot below). Some well-known sites – particularly in the health and wellness industry – have seen visibility drops, along with a number of food blogs.

Some general trends arise from this. There has been a significant amount of chatter about Google’s E-A-T signals (Expertise, Authoritativeness and Trust), as it tries to define through data what exactly these concepts mean for search.

If a site’s content does not demonstrate evidence of these three factors, it may struggle to rank for key queries. Google’s focus here is on results that, if false or misleading, could have a negative impact on a user’s health or wellbeing.

The initial fluctuations from the August 1 core update will settle into a more familiar pattern and early results are always quite sensationalistic, but the importance of creating useful, reliable content has never been clearer.

How Should Marketers Respond to this Update?

The most important thing any marketer can do if they want to understand what Google means by “quality content” is to read the Search Quality Raters Guidelines: https://static.googleusercontent.com/media/www.google.com/en//insidesearch/howsearchworks/assets/searchqualityevaluatorguidelines.pdf

It must be noted that this is not a direct insight into how Google’s algorithm works and the guidelines do not really shape the results we see. That said, they do tell us what Google wants its algorithms to deliver. As such, they are an essential reference point for marketers looking to prepare their content for the future of search.

Apart from this, it is always worth benchmarking performance before and after the update to see whether your site is providing the content Google wants to see.

Barry Schwartz of Search Engine Roundtable labeled this the ‘Google Birthday Update’, as it launched around Google’s 20th birthday on September 27.

Danny Sullivan referred to this as a “smaller” update (see the screenshot below) than the one seen in early August, but some businesses were affected quite significantly.

The changes took a heavy toll on traffic for some sites, while some other sites saw dramatic traffic improvements.

While these look like the results of a big update, what Google really means is that they did not change the fundamental workings of – or philosophy behind – their core algorithm this time. The September 27th update was more targeted, most likely expanding on (or in some cases, correcting) the impact of the August 1 update. Many of the affected sites operate in the health industry, but the overall impact on search volatility was minimal:

How Should Marketers Respond to this Update?

As with all Google updates, any fluctuations in impressions, click-through rate or rankings can be instructive. If a site has been affected by the changes, that can shed light on how Google views your content.

While it is impossible for SEO specialists to fully understand the Google algorithm in depth, it is important to keep an eye on the important updates and their possible impact as they are introduced. This will keep you up-to-date with the latest developments and on top of any website and content changes that should be made to maintain or boost your Google search ranking.

This is an area in flux, and those who pay close attention will reap the rewards in terms of search rankings. There may be elements you can expand on or improve to ensure you get a positive boost from the next algorithmic development.

Articles:
What Is SEO & Why Is It Important?

Clark Boyd is a digital strategy consultant, author, and trainer. Over the last 12 years, he has devised and implemented international marketing strategies for brands including American Express, Adidas, and General Motors.

Today, Clark works with business schools at the University of Cambridge, Imperial College London, and Columbia University to design and deliver their executive-education courses on data analytics and digital marketing.

Clark is a certified Google trainer and runs Google workshops across Europe and the Middle East. This year, he has delivered keynote speeches at leadership events in Latin America, Europe, and the US. You can find him on Twitter, LinkedIn, and Slideshare. He writes regularly on Medium and you can subscribe to his email newsletter, hi,tech.

eBooks:
A Guide to SEO for Small Business

Articles:
What Is SEO & Why Is It Important?

Articles:
How to Check for Duplicate Content: Tools and Tips