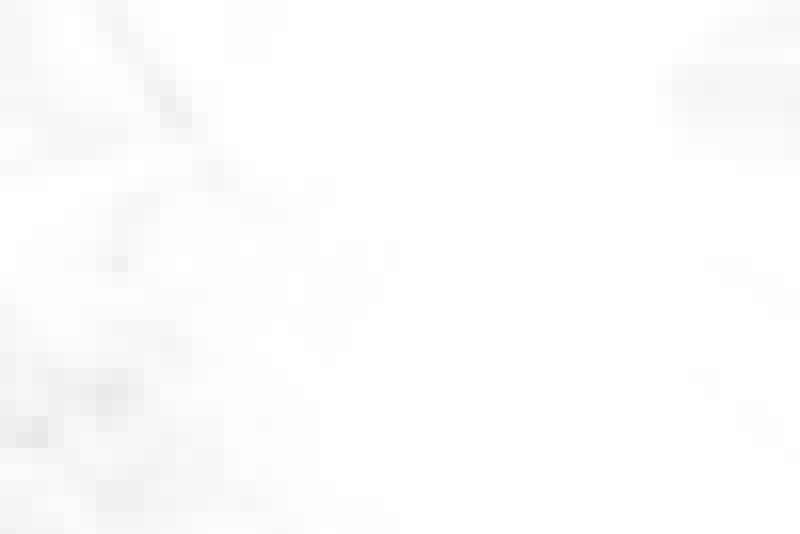 Corporate Social Responsibility (CSR) allows businesses large and small to enact positive change. When companies choose to do what is right not only for their bottom line but also benefit financially while building trust with consumers.

Corporate social responsibility helps build trust, raise awareness, and encourage social change. Although there are tens of thousands of companies doing their part, large global corporations’ efforts have far-reaching results that can impact major world issues from hunger and health to global warming. Here are examples of how some major brands are doing CSR successfully.

Corporate social responsibility comes in many forms. Even the smallest company impacts social change by making a simple donation to a local food bank. Some of the most common examples of CSR include:

For millennials and Generation Z, socially responsible companies are even more important. They believe companies should be invested in improving society and look for solutions that will assist in those improvements. Companies should share how they are trying to make a positive impact on the world, so the public can see the pro-social initiatives they are making. Showcasing efforts is important to target millennials because these efforts will sway the choices millennials make as consumers.

Millennials would also like to take part in initiatives such as being able to participate in volunteer work or making donations towards a company’s charitable efforts. As more and more companies begin to see the impact their socially and environmentally conscious efforts have on a consumer’s perception, the more chance there is that they will begin initiatives of their own.

Activism by millennials and all generations will also influence changing trends in CSR. You can expect to see companies taking a public stand against on-the-job harassment and discrimination thanks to the #metoo movement. Diversity in the workplace will continue to expand embracing people of all races, genders, cultures, disabilities, and sexual orientations.

Companies will also find their own voices to speak out against social injustice and policy changes that will negatively impact the environment. Even policies to protect privacy can become part of the CSR trends we will see as more and more data breaches threaten personal information. An excellent example of CSR is global giant Johnson & Johnson. They have focused on reducing their impact on the planet for three decades. Their initiatives range from leveraging the power of the wind to providing safe water to communities around the world. Its purchase of a privately-owned energy supplier in the Texas Panhandle allowed the company to reduce pollution while providing a renewable, economical alternative to electricity. The company continues to seek out renewable energy options with the goal to procure 35% of their energy needs from renewable sources.

Google is trusted not only for its environmentally friendly initiatives but also due to their outspoken CEO Sundar Pichai. He stands up against social issues including President Donald Trump’s anti-Muslim comments. Google also earned RI’s highest CSR score much in part due to their data center using 50% less energy than others in the world. They also have committed over $1 billion to renewable energy projects and enable other businesses to reduce their environmental impact through services such as Gmail

Coca-Cola’s massive fleet of delivery trucks contributed 3.7 million metric tons of greenhouse gases to the world. They have made major changes to their supply chain practices including investing in new alternatively fueled trucks. Their initiatives are intended to create a 25% reduction in their carbon footprint by 2020 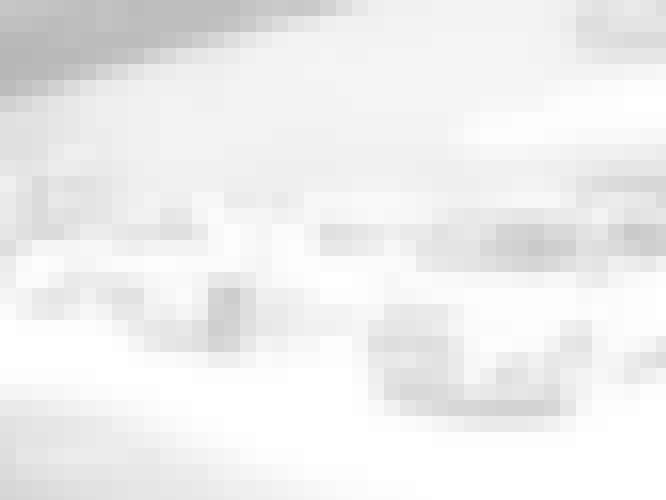 Ford plans to reduce their greenhouse gas emissions using their EcoBoost engine to increase fuel efficiency. It also plans to introduce 40 electrified vehicles (electric and hybrid) by 2022, in an investment of $11 billion. According to Ford: “We’re all in on this and we’re taking our mainstream vehicles, our most iconic vehicles, and we’re electrifying them. If we want to be successful with electrification, we have to do it with vehicles that are already popular.”

In addition, American Ford dealerships rely on wind sail and solar PV systems to power their locations greatly reducing their use of electricity.

From a social perspective, companies such as Netflix and Spotify offer benefits to support their employees and families. Netflix offers 52 weeks of paid parental leave, which can be taken at any time whether it is the first year of the child's life or another time that suits their needs. This compares to 18 weeks at other tech companies.

Spotify offers a similar program, although for a shorter duration of 24 weeks of paid leave.

Pfizer uses the term corporate citizenship to coin their CSR initiatives and believes it is a core part of their company and 'simply how they do business'. Across the globe, the company drives initiatives that raise awareness for non-infectious diseases as well as providing healthcare for women and children who otherwise would not have the care they need. One example of this is the reduction in the price of their Pevenar 13 vaccines (for pneumonia, ear and blood infections) for those in need and in situations such as refugees and emergency settings.

Wells Fargo donates up to 1.5% of its revenue to charitable causes each year. which has raised $286.5 million in 2017 alone to more than 14,500 nonprofits through philanthropy such as food banks and incubators to hasten the speed to market for start-ups. They also provide employees two paid days off per year to volunteer and give back to the charity of their choice. 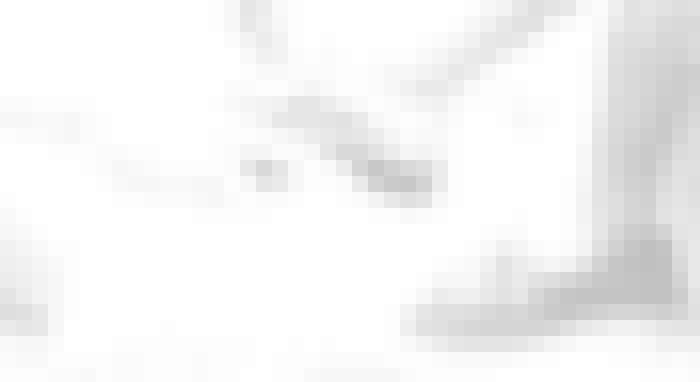 TOMS mission is to donate a pair of shoes for every pair they sell and has resulted in the donation of over 60 million pairs of shoes to children in need. Profits are used to assist the visually-impaired by providing prescription glasses and medical treatments, provide'safe' drinking water and build businesses in developing countries to create jobs. They are also strong anti-bullying advocates and work with several non-governmental organizations and nonprofits to set examples of ethical behavior.

Half of Bosch’s research and development budget is invested in creating environmental protection technology. By 2021 the company will have invested €50 million to support universities and research programs that are focused on the environment, energy and mobility in Germany, India, the U.S and China through Bosch Energy Research Network, otherwise known as BERN.

It's been more than a decade since General Electric launched Ecomagination, its renewable business strategy with a mission to double down on clean technology and generate $20 billion in revenue from green products. In those ten years, it has manufactured its Evolution Series Tier 4 Locomotive, which will reduce emissions by more than 70% and launched the Digital Wind Farm which can boost a wind farm’s energy production by 20%.

With an eye to hiring, Starbucks is looking to diversify their workforce and provide opportunities for certain cohorts. By 2025 it has pledged to hire 25,000 veterans by 2025 as part of their socially responsible efforts. This hiring initiative will also look to hire more younger people with the aim of "helping jump-start careers by giving them their first job'. While globally the company has joined with the UN Refugee Agency to scale up the company’s support and efforts to reach refugee candidates to hire 10,000 refugees by 2022. 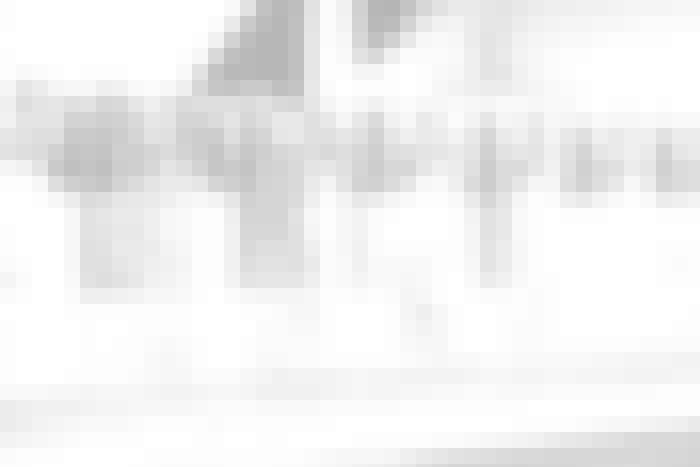 This brewing company owned entirely by its employees through a stock ownership plan is focused on sustainability. Its Fort Collins brewery produces 18% of its own electricity through solar panels and wastewater. It also contributes to bicycle and eco-focused organizations. According to their Director of CSR, Katie Wallace: “We consider social and environmental well-being to be intricately intertwined.”

Disney is committed to reducing their carbon footprint with goals for zero net greenhouse gas emissions, zero-waste, and a commitment to conserve water. They are actively ensuring that they set strict international labor policies to protect the safety and rights of their employees.

They are also active in the community and encourage employees to do the same. They also have healthy living initiatives to promote healthy eating habits amongst employees.

Lego will invest $150 million over the next 15 years with a focus on addressing climate change and reducing waste. It has reduced their packaging as well as investing in an alternative energy source and plans to source 100% renewable energy by 2020. To accomplish this the company will hire a team to support its commitment to using sustainable materials and plans to reach a 90% recycling rate.

This list is just a small illustration of how companies are using corporate social responsibility to protect the planet and make a commitment to improving the quality of life for the communities they impact every day.

For brands of all sizes it's key to pay attention to the issues that your customers are interested in and the impacts your company can make at a community and global level.