Digital marketing is an industry at the intersection of two rapidly changing landscapes. Online trends and terminology change as quickly as those in marketing, so it can be hard to keep up with each and every new concept.

One concept you may have heard of, but not be overly familiar with, is growth hacking. Far from being a meaningless catchphrase, the strategy can help your business without huge resource investment.

What is growth hacking?

Coined in 2010 by Sean Ellis, growth hacking is a mindset which does exactly what it sounds like – prioritises growth.

One of the men who popularised and optimised growth hacking is Ryan Holiday.

Here’s how he defines his methods:

A growth hacker is someone who has thrown out the playbook of traditional marketing and replaced it with only what is testable, trackable, and scalable.

“Their tools are e-mails, pay-per-click ads, blogs, and platform APIs instead of commercials, publicity , and money. While their marketing brethren chase vague notions like “branding” and “mind share,” growth hackers relentlessly pursue users and growth— and when they do it right, those users beget more users , who beget more users. They are the inventors, operators, and mechanics of their own self-sustaining and self-propagating growth machine that can take a start-up from nothing to something.”

While Holiday has worked with major brands such as American Apparel, the beauty of growth hacking is that smaller companies without massive resource investment can utilise its core principles.

This is because its “true North”, as Ellis put it, is growth.

Sometimes, this means playing on an uneven field, where the aforementioned startups and SMEs are up against companies who can take out Super Bowl ads or sponsor sports teams.

Growth hacking can differ from traditional marketing in that many of its users have fewer resources or are working with brands who have less cache.

Therefore, they have to be smarter, leaner and more agile than those focused purely on marketing.

Who does it replace in my company?

Nobody! Growth hacking is not a cure-all or some kind of digital panacea. Nor is sacking your digital marketing team to make way for a growth hacking guru an advisable idea.

Instead, your growth hackers should work hand in hand with your digital marketing team.

This is particularly true if your company is a small one. There, a culture of growth can be fostered alongside other aspects of your marketing strategy. In some companies, the growth function is tied to other, “more real” jobs on the digital side. For exampleat Hubspot, Matthew Barby is head of growth and SEO.

In other, larger companies, this growth aspect can be used as a complementary skill to those of your marketing team.

Where growth hackers and marketers differ is in how they consider a goal achieved. Marketers can look at a campaign and consider it successful if brand awareness is increased or the company is better thought of that beforehand.

A growth hacker will have a more measurable, funnel-focused measurement that may consider the campaign a failure.

This isn’t to say that either one is right. It is to highlight that differences may occur and what is right will come down to your own measures of success, be they stated and quantifiable or more nebulous.

Case studies – and what you can learn

Far from being a buzzword, growth hacking has brought results that you have probably seen or used. Here are some examples and takeaways.

Hubspot’s founders were focused on building content and tools that would generate inbound leads which would lead to sales.

To that end, they invested heavily in blog posts, eBooks, and educational tools for marketers. They also launched website and social media grading tools and invested in webinars and teaching manuals.

The company had $271 million in sales last year after starting with three staff in 2006.

Takeaway: Educate, engage and be useful

Team messaging app Slack has gone from 15,000 users to over 6 million as of last month.

To do so, they employed a number of strategies, none really that revolutionary. They defined themselves as a tool that was needed, but familiar, they convinced offices that they cannot be without it and they focused their offering to be exactly what was needed. But one move made the app a go-to for users: not charging. Using a free version showed off the uses and features of the platform before customers would be converted to premium accounts. The company saw a 30% takeup in the premium version.

This freemium model is used by the likes of Spotify, LinkedIn and GitHub.

Takeaway: Give it away (to a point)

Tinder is another company which used a number of strategies to grow at a rapid pace.

Now at 50 million users in 30 languages, it is easy to forget that Tinder was an app that started on a college campus. Tinder is an app that feels different in a crowded marketplace and constantly evolving new features, as well as introducing a premium version, which has around 290,000 subscribers. 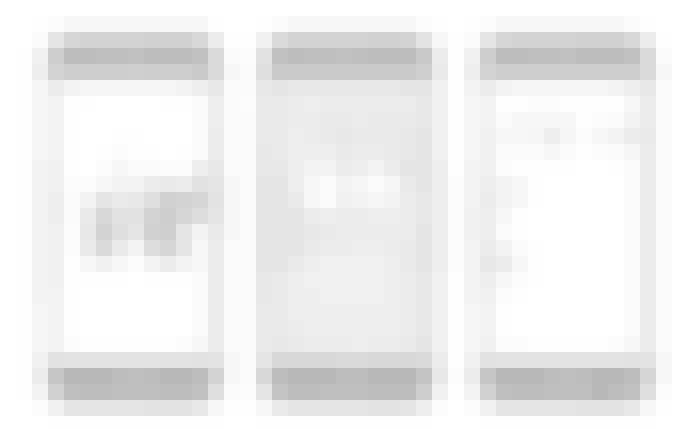 But one of Tinder’s biggest growth hacks was one that feels very analogue in a digital world: they did the work on the ground. With online dating sites living and dying by the number of women who join, Tinder’s founders went to sorority houses and encouraged women to join by offering cookies, balloons and underwear. It wasn’t a sophisticated strategy, but it solved a potentially app-killing problem by knowing what it was and putting the work in to solve it.

Takeaway: Put the work in, on the ground if necessary

The music industry is one which is built on hype and excitement. PR firms, music videos and millions in ad spend, that’s how you release an AAA album.

Unless you’re Beyoncé and you release an album recorded in secret with no notice as she did in 2013. The unusual decision saw the album become a major part of that week’s news cycle, rather than a footnote in it. After setting the internet on fire, the album shifted 828,000 copies in its first three days on sale and has sold eight million overall.

While nobody is expecting your company to be Queen B, it is worth remembering that you don’t have to rely on anyone else to make you go viral in this day and age, not if your splash is big enough.

Takeaway: Be big, be bold, make your own headlines

How can I use it?

No matter what your industry or your sales channels, there are simple things that you can do to implement a rapid growth strategy into action.

1. Work out your product

A key tactic of growth hacking is building a product for an already-established set of customers. In the words of Ryan Holiday:

Isolating who your customers are, figuring out their needs, designing a product that will blow their minds—these are marketing decisions, not just development and design choices.

Consider Instagram. The company started as a social check-in app named Burbn. While users weren’t taken with the check-in features, the founders used analytics to see just how their app was being used.

You can probably guess people loved it as a photo-sharing tool. A tweak and a rebrand later, the company sold for $1 billion to Facebook. All because the company paid attention to the product its users wanted.

2. Ensure you can scale

Can you actually scale your business? Let’s say you own the best sandwich shop in town and are on the end of a glowing newspaper review. You had been selling 45 sandwiches per lunch service, now demand is at 80. Can you actually meet that growth? If you want to start driving rapid growth, ensure that you have the infrastructure to handle success.

As we have already discussed, growth hackers should have clear, defined measures of success.Set a specific number of goals and stick to them, allowing you to test and optimise your approach.

As with any digital marketing approach, growth hacking is made or broken on effective testing. As creative and different as strategies can get, you will not know if they’re actually succeeding without a good set of simple, lean tests.

The last step in the process is to pay attention to your metrics – as Instagram found out, your audience will tell you something. From there, implement the best version of your strategy to help you grow.

Where can I read more?

Here is some suggested reading on the subject: