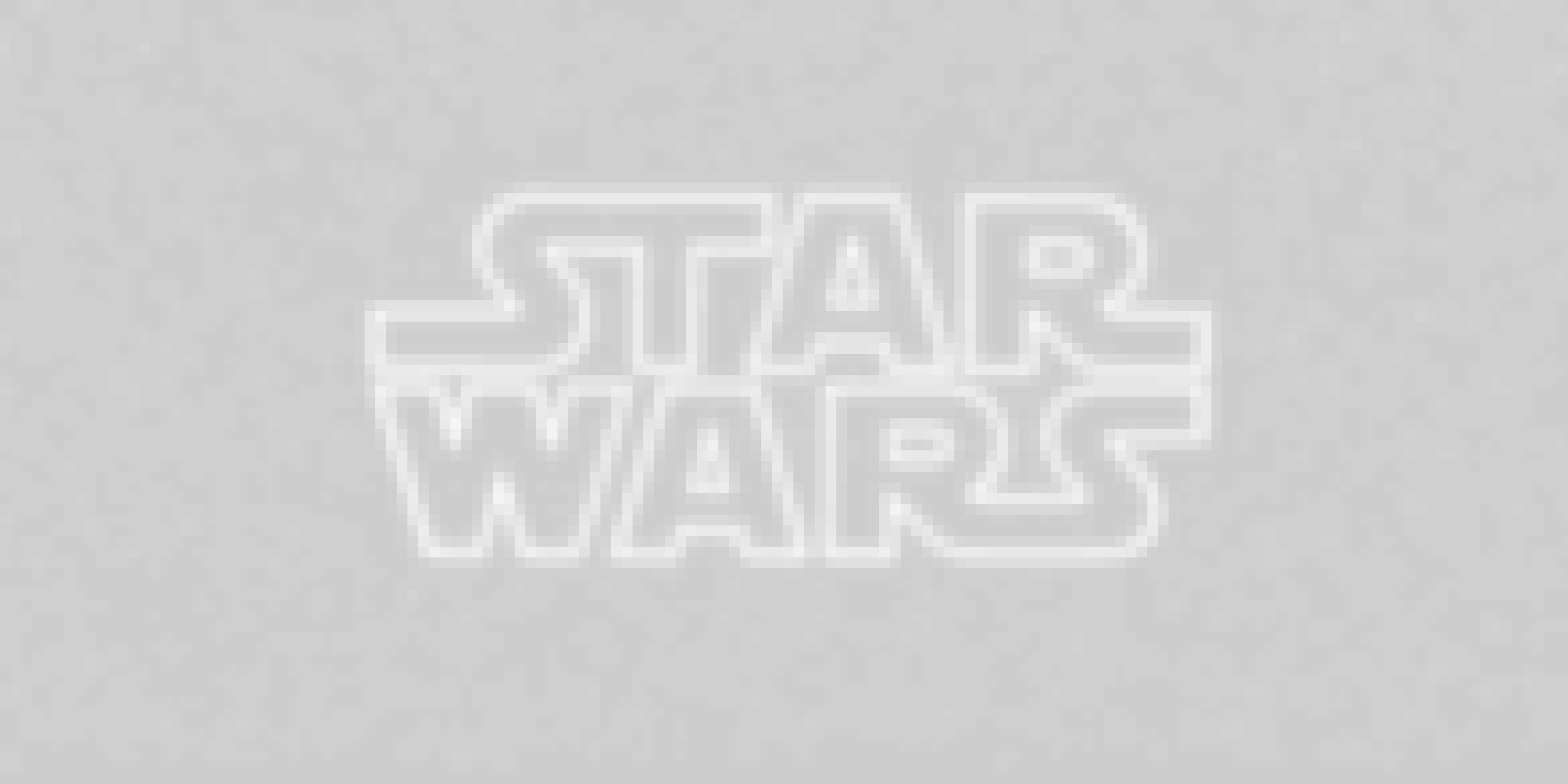 Whether you’re a George Lucas die-hard, a recent Star Wars dabbler, or a fan who eats up anything Star Wars-related, the final episode of the “Skywalker Saga” has likely been a highlight of your social media feed.

Since Disney purchased the Star Wars franchise from LucasFilm in 2012 for $4.05 billion (to the dismay of many George Lucas fans) Star Wars has become watchable for a wider audience, reaching an all-time high of $2 billion in box office sales in 2015.

However, this wasn’t just Disney’s doing.

Over the past 43 years, the brand has produced 9 films, developing an estimated franchise value of $63 billion as the fifth-highest-grossing media franchise in the known universe.

The truth is, Star Wars has been legendary for years.

In this article, we’ll outline how to reach a heightened place of influence with your brand, with Star Wars as our Jedi.

3 Steps to Brand Development that's Out of this World

A long time ago in a galaxy far, far away, Star Wars made major headlines.

...Actually, it was only 1977, in a time when the first film tapped into audiences’ subconscious and unquestionable thirst for escapism and adventure.

From The Toronto Star’s 1977 review which claimed that "Star Wars is magnificent you'll pant for more" to National Public Radio’s (NPR) "U.F.O. - Ultra Far Out" write-up, Star Wars was obsessed over from day one.

Here, we’ll demystify how the Star Wars brand elicited this response, and how you and your brand can follow suit.

1. The Value (and Force) of Stories

Star Wars teaches us the value of storytelling.

We’ve all heard this one before – the necessity of developing a brand story in a way that resonates with your audience.

This tactic is not new.

However, when we look at how Star Wars cultivated and shared its story, this suggestion can be viewed in a much more detailed light.

Star Wars is one of the best examples of how a culture or brand can rewrite folk tales with new characters and visuals while riding the success of age-old storylines. George Lucas summed it up by saying:

“The story being told in Star Wars is a classic one. Every few hundred years, the story is retold because we have a tendency to do the same things over and over again.” George Lucas

Some of the main story themes that feature in Stars Wars include:

Match these story themes with a dramatic score by John Williams, special effects, catchphrases like “may the force be with you”, and the mystique surrounding space exploration, and you have a brand that people are intrinsically drawn to.

While we’re not all in the film business, we can still learn from George Lucas’s strategy and incorporate a great story into our own digital strategies.

1. Figure out what your underlying message is. Focus on deep-seated messages that spur action like Star Wars’ Episode IV’s message of coming together against adversity (or evil villains) to reach a common goal for the greater good, or the Always’ “Like a Girl” campaign which built confidence in its customers while tackling perceptions of gender limitations.

2. Combine classic storylines with relevant elements that speak to your brand and underlying message. These storylines can be displayed through your blog, your site's About pages, video ads, or social media posts.

An excellent example of a great story forming part of a digital campaign comes from Globe Philippines, which operates one of the largest mobile, fixed line, and broadband networks. Their Star Wars-related video was released on 24th November 2019 and quickly went viral (receiving over 9 million YouTube views in just 10 days). In this powerful story, we get to watch a couple of kids join forces and use their initiative and any available home-made gadgets to deliver a unique surprise for their friend.

3. Craft your story so your audience becomes the hero, traveling through the 12 steps of the hero’s journey. Think of yourself as the mentor (or Jedi), leading your hero to the point of transformation. For some inspiration, look to Clif Bar. This brand used the hero’s journey through its 2015 interactive video, which opened with a call to adventure. The “hero” can either refuse or accept the call. Answering the call brings the hero into a special world of extreme sports.

While masterful storytelling gave the original Star Wars movies their power, it’s the underlying, relevant cultural references that made it refreshing.

As Obi-Wan Kenobi (Alec Guinness) remarks after sensing the destruction of a planet at a great distance, “I felt a great disturbance in the Force… as if millions of voices suddenly cried out in terror and were suddenly silenced”. George Lucas seems to have sensed the same.

Lucas drew on his passion for history and political issues of the time when developing the original movie scripts. Along with the film’s relatable hero, Luke Skywalker, and his courageous journey, this layer gave audiences a reason for hope – at a time when hope was needed in the post-1970s economic and societal slump in the US and abroad.

The latest trilogy - the Sequel Trilogy, released between 2015 and 2019 - has continued to leverage cultural relevance to grow Star Wars’ fan base.

However, they did so by involving more inclusive storylines.

As UN Secretary General, António Guterres said in 2018, “Achieving gender equality and empowering women and girls is the unfinished business of our time.”

In contrast to the original trilogy that featured only one main character of color and one major female character, the new movies practically showcase their diversity, including different genders and ethnicities as leading characters (Rey, Rose Tico, Finn, Rachel), carrying their global cultural power to the big screen.

There’s a character for everyone, fighting a relatable fight, despite their sci-fi surroundings and location.

So, what can we take away from this lesson?

How to Incorporate Cultural Relevance into Your Brand

A brand’s cultural involvement is nearly as important as having positive brand perceptions and makes up a full 25 percent of a consumer’s purchase decision.

You can begin implementing powerful cultural relevance into your brand, the way the new trilogy’s incorporation of female and minority characters raised the bar and added cultural impact, by asking yourself a few questions before building or revising your brand strategy:

Observe your world. What does your audience need right now? At this moment in history?

Bring that knowledge to your service or product. How can I creatively incorporate this need or desire through my services or products?

Continually tweak your product or service to fit with the cultural need or desire. Always be on the lookout for new cultural shifts. How is the culture of our time changing? How can I keep our brand/product/service relevant?

Have a look at Nordstrom’s Open Mind, an affective campaign that focuses on the continual cultural shift of our time, looking at how we live in the world as a connecting, intersecting collective with diverse backgrounds, styles and stories. The 'Nordstrom Way' coined by author Robert Spector, shows us how this luxury retail brand continually stays competitive and relevant by attracting people who share a list of core values, as depicted and updated through their campaigns.

Customers make decisions based on emotion.

In fact, according to a Harvard professor, 95% of purchasing decisions are subconscious, and therefore emotional.

While following the first two steps, creating a story and making sure the story is culturally relevant to this time and place in history, you must remind yourself of the emotions you’re aiming to generate. This emotional consistency creates a unique connection between your business and your audience.

It’s the key factor in what helps your audience choose you over your competitors.

The mind-blowing popularity of Star Wars was largely based on the emotional stir it has created in millions of people, resulting in a truly crazed following.

This emotional tie to the brand can be found by following Star Wars’ money trail:

Even if you don’t have a billion-dollar budget like Lucasfilms, you have a brand with the potential to develop a loyal base of customers.

The trick is to make them feel a specific way about your brand by crafting your content that resonates emotionally with your audience.

Let’s look at some ideas on how to do this.

How to Create a Brand Emotion, Star-Wars Style

Remember your story! Start off with your chosen emotion. If your brand story generates happiness, like Coca Cola’s, Choose Happiness campaign, think of other ways you can string the feeling of happiness through your marketing strategy. Think: video marketing, emotion-based storytelling through your email sequences, website content – the options are almost limitless.

Use your social media platforms strategically (and emotionally). According to a study in the Harvard Business Review, 60% of a condiments brand’s social-network-based customers, compared to 21% of all customers, were emotionally connected. This was done by focusing on social media platforms for months, building up an online customer community and leading customers to the brand’s website for recipes and promotions.

Offer a desired future image. The hero is always trying to work towards a future image – towards a place of inspiration that’s better than the world they’re leaving behind. Great emotional marketing leverages emotion to convince your customers that your service or product will get them to that place they need to go. Samsung masters this by pulling all the heartstrings with its 2019 “Connect Your Galaxy” commercial, a short story based on the outcomes of using creativity to bring together what you love.

Developing your story based on cultural relevance while stringing strong emotions along the way is the Star Wars recipe for legendary success.

While it seems simple enough, there are a lot of ways you can implement these steps into your brand’s marketing strategy – with your audience in a front-row position.

If there’s one thing we can take from Star Wars it’s this:

Anyone can be a hero.

The best way to strengthen your customer following is by making your audience feel like the heroes themselves. As their Jedi, they want you to lead them through their issues, towards a place of transformation, with an inspiring community of friends supporting them along the way –  no matter how many StormTroopers or Tusken Raiders block their path.

“Much to learn you still have…my old padawan…This is just the beginning!” Yoda