Whatever your opinion on the hit Netflix show, Stranger Things, there’s no denying that it's one of the most revered shows ever. If you haven't watched it, Stranger Things is a retro sci-fi-comedy-horror set in 1980s America. A group of young friends start to become privy to spine-chilling supernatural forces happening in their hometown of Hawkins, Indiana—and things quickly escalate.

First launched in July 2016, the show has become a cultural phenomenon in a few short years with a global army of fans spanning demographics.

Season three, the show’s most recent and arguably most action-packed installment, broke viewership records, reaching 26.4 million unique viewers in the US alone between July 4 and 7 this year. And, with Netflix giving the show’s fourth season a green-light, it’s doubtful that Stranger Things mania will die down anytime soon.

A magic mix of epic storytelling, quirky nostalgia, and perfectly-positioned 1980s-era product imagery have helped propel Stranger Things to being a gargantuan pop culture icon in a few short seasons—a feat rarely achieved by the average Netflix, or other, box set.

Here we explore the almost otherworldly success of Stranger Things and the forces that have made it the promotional powerhouse that it is today.

The binge-able format of Netflix box sets means that people typically watch a new season in about a week, and then quickly move onto another one.

However, savvy brand partnerships can keep the buzz going long after the release date by encouraging audiences to engage with the show in other ways. And, when it comes to 1980s nostalgia, Stranger Things spared no detail and pulled out all the stops.

With an immersive old-school set design, retro-clad characters, an eerie synth-driven musical score, and a flurry of catchy 1980s references, Stranger Things is a playground for brands looking to promote their products while engaging new audiences.

For season three, Stranger Things forged promotional partnerships with 75 different brands to make the show more authentic while adding extra fuel to the marketing fire—mutually-beneficial initiatives that are woven seamlessly into the set, the storyline, and even the script.

Not only did some of these partner brands feature in the show itself, but by creating digital campaigns and strategies in conjunction with Stranger Things, the buzz has broadened, exponentially.

The concept of strategic brand partnerships with Stranger Things is longstanding, with the likes of Eggo waffles (the favorite food of pivotal character, Eleven) and Kentucky Fried Chicken (KFC) working their way into the first season without a single penny changing hands.

Based on creative collaboration rather than plastic promotional tactics or paid advertising space alone, these partnerships boost brand awareness in a way that’s organic, engaging, and offers genuine value.

Revisiting the ‘New Coke’ marketing blunder of 1985—the time when a failed new product cost the company millions—Coca-Cola leveraged Stranger Things’ 80s backdrop to revisit its epic failure, placing the product at the heart of some of the show’s best scenes.

During the series, characters are seen enjoying ‘New Coke’ and there’s even a tongue-in-cheek reference to the 1985 consumer disdain for the new beverage when Lucas is swigging a can in the Starcourt shopping mall.

Speaking to The New York Times on the partnership, series creators, The Duffer Brothers, said:

“New Coke was always going to play a role this season. It was one of the first ideas in our Season three brainstorm. It was the summer of '85, and when you talk about pop culture moments, New Coke was a really big deal. It would have been more bizarre to not include it” - The Duffer Brothers

A wise move, indeed. In addition to creating a brand buzz within the show itself, Coca-Cola has released a limited edition batch of ‘New Coke’, earning the brand roughly $1.5 million in ad placement value from this single initiative alone.

Another key element of popular culture, besides food and drink, is fashion—and for better or worse, 1980s fashion is very 'en vogue' right now—appealing to droves of consumers from the millennial and Gen Z cohorts. That said, Stranger Things-related retro fashion collaborations seem only natural.

Based on this notion, Nike has teamed up with Stranger Things and Netflix to create its Hawkins High Collection. These eye-grabbing, old-school trainers ooze 1980s nostalgia and, of course, are worn by the cast throughout the season. 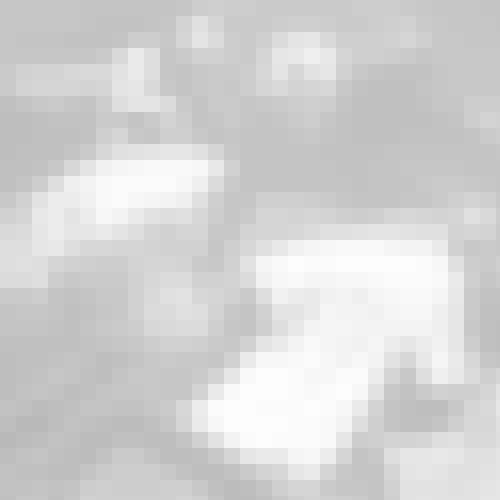 Further capitalizing on its premium product placement, Nike created a series of promotional assets, including videos and social media content to gain traction and encourage sales while heightening the hysteria surrounding the Stranger Things brand.

While official campaign results are yet to be released, the Nike-Stranger Things collaboration has gained plenty of momentum through social media—a level of buzz that has placed the brand at the forefront of fan consciousness while giving the show itself an additional layer of brand engagement.

One of the key drivers of Stranger Things' unrivaled success is its enduring commitment to epic storytelling. You don't come across many plotlines like this, every day, after all.

By bringing the 1980s to the masses and making sci-fi more widely accessible, Stranger Things has bridged the generational gap between those who experienced the 80s and young digital natives with a hunger for offbeat original streaming content.

Its magical mix of imagery, nostalgic quality, bewildering storylines, and offbeat characters has given Stranger Things a mass appeal—something that’s served as a catalyst for its epic success.

A show that prides itself on accessible storytelling—and succeeds—Stranger Things creates layers upon layers of opportunity to expand on the narrative and offer fans seemingly endless ways to engage with the show in a more tangible sense, as is clear through its brand partnerships.

While most of the gang have moved onto more adolescent pursuits like girlfriends, in season three, Will Byers still holds a great deal of value in the game due to having a part of his childhood taken from him at the hands of The Upside Down as well as The Mind Flayer—desperately wanting to play and rekindle his innocence, but feeling isolated as the others brush off his D&D advances.

A brand partnership that runs incredibly deep—tugging on nostalgia while enhancing the show’s narrative (multidimensional in every sense of the word)—a Stranger Things themed Dungeons & Dragons Starter Set now exists that explores the boys’ damaged psyches and how they might work through their fears due to the traumatic experiences they encountered during the show’s three seasons.

“We wanted to give you a chance to play through the adventure that they had played together. We had to make it feel like there was something that originated in the world of Stranger Things. Something the characters interacted with, an artifact from the world” - Mike Mearl

A testament to the deep-rooted, generation-combining complexity of Stranger Things’ brand storytelling style.

By leveraging the editorial publicity, merchandise, limited edition products, the game, and the social media content, Stranger Things has created a storytelling ecosystem built for success—an approach that saw 824,000 people binge-watch season three of the show on the day of its release, a number three times higher than its previous season.

Tapping into the ecosystem

Together with its host, Netflix, and a multitude of strategic brand partnerships, Stranger Things has indeed created a living, breathing ecosystem of promotional success.

In this promotional ecosystem, a host of brands (as we’ve seen with Coca-Cola, Nike, and Dungeons & Dragons) are written directly into the narrative to gravitate around the wider story, with digital channels and touchpoints serving as the connective tissue of a marketing monster that has proved to be even more formidable than the menacing (and stomach-churning) Mind Flayer that wreaked havoc throughout season three.

By working in close conjunction with Netflix as well as relevant brands, Stranger Things has produced multiple pillars of revenue including food, beverages, clothing, and mobile gaming. 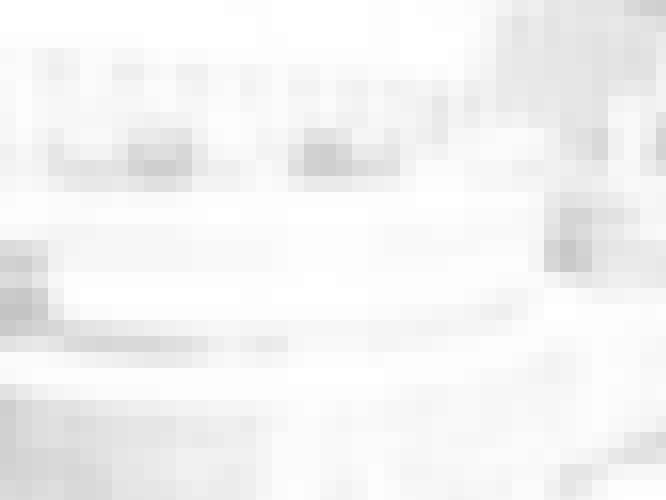 Moving into the experiential market, iconic ice cream parlor, ‘Scoops Ahoy’ became a living, breathing, tangible reality with a pop-up store experience in partnership with Baskin Robbins, where Stranger Things fans could literally smell, taste, and immerse themselves in the show’s ice cream-based action—and a classic 1985 ‘Scoops Ahoy’ ice cream truck even toured across the UK and Ireland, with Millie Bobby Brown promoting the event via video during a UK Netflix Twitter takeover: 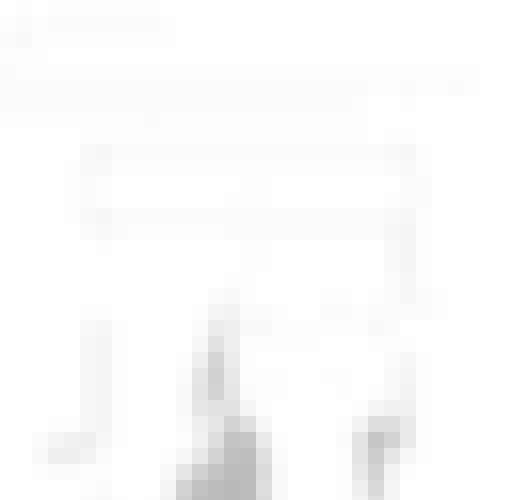 And, taking its experiential efforts to an entirely new level, Microsoft has tapped into the ecosystem by leaning on its 1985 STEM roots by offering young inquisitive minds the chance to take part in ‘Camp Know Where’ (named after the camp in the show, naturally) science classes in 80 stores across the US. A pioneering initiative that will immerse fans in the spirit of the show, teaching them tech-driven skills in the process.

There’s no denying it: the promotional power of Stranger Things is immense and much like the show’s supernatural forces, its marketing reach has seeped into the veins of the digital world, almost unknowingly. And brands have been able to draw on its power by knocking on its secret promotional door.

Stranger Things is unlike any other show of its kind and it’s a brand that is unlikely to remain dormant until the dawning of its fourth season—its rich ecosystem of brand partnerships and product placements are likely to keep its novelty running for some time yet—a tactic that will revolutionize the television-based marketing space in the not so distant future.