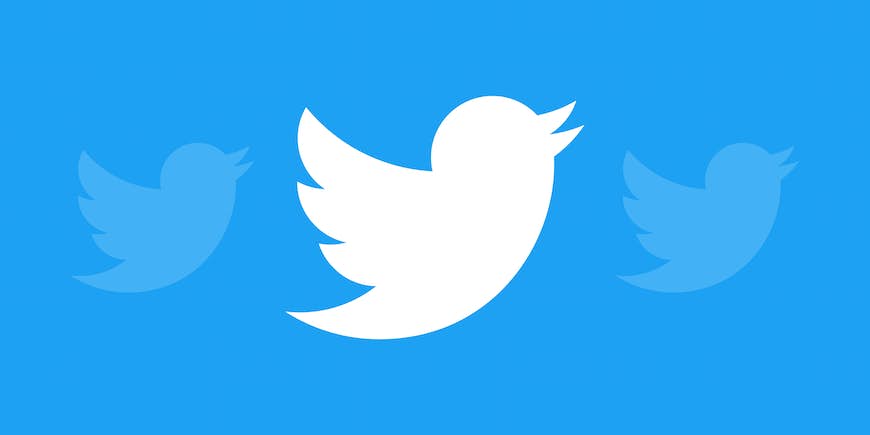 “When you've got 5 minutes to fill, Twitter is a great way to fill 35 minutes” Matt Cutts, SEO and social media guru

In fact, Twitter boasts around 326 million active users per month across the globe. Moreover, around 500 million Tweets are published every single day. That’s a lot of words.

You already know that Twitter is a powerful brand marketing tool - but in an ever-evolving digital world, what does the future hold for this most bite-sized of social media platforms? And as a marketer, is it worth your time and investment?

Here we look at the platform’s evolution, starting with an exploration of Twitter’s innate social capabilities, seeing what might be in store for its future.

Driven by the influence of smart autonomous technologies machine learning (ML) and artificial intelligence (AI) algorithms, today's social media platforms are more intuitive than ever before. Twitter is no exception.

A social platform that has evolved with the landscape around it, in recent times Twitter recently refined its hashtag functionality, meaning that Twitter trending topics are better at predicting future breakout trends.

Hashtags across social media platforms have always helped to spark off conversations and showcase trending topics. However, it seems that Twitter hashtags now have a stronger correlation with Google search terms and the information served up on its SERPs for various subjects. As a side note, when Twitter increased its character limit from 140 to 280, the average tweet word count did not really increase with it, although threads have become more popular.

Moreover, Twitter’s new analytics dashboard (launched in March 2019), which is dedicated to publishers focused on boosting the success of their videos, now provides in-built tools for exploring key engagement metrics that help to determine optimum times or days of the week to post content.

This intuitive visual dashboard will help brands and businesses across sectors to refine their Twitter content strategies while maximizing their platform-based advertising ROI -  a huge development for the platform in terms of promotional value.

While it is pretty much impossible to get under the skin of Twitter’s exact technical changes or initiatives, or know if this close relationship between Twitter search and Google search was entirely intended, the point here is that Twitter has broadened its arsenal of brand marketing tools, empowering marketers to craft increasingly diverse campaigns that are likely to trend in the near future, accelerating awareness, authority, and engagement even more as a direct result.

In addition to its newfound predictive qualities, Twitter released new changes on the platform in 2018 to its features, functionality, and general look-and-feel.

The new initiatives are largely based on making the platform a friendlier place that promotes ‘healthy conversation’.

At their core, these developments include:

In addition to making the platform more approachable and more intuitive, its new look-and-feel is geared towards making Twitter an even more accurate and ethical representation of ‘what’s happening now’, as explained by Keith Coleman, Twitter’s Head of Consumer product:

“We’re also actually working on changing the product and changing the policies to improve the health of the conversations, pointing to faster and more 'proactive' enforcement including the takedown of accounts spreading hoaxes and conspiracy theories.”

This is a testament to the platform’s commitment to consumer value and an exciting glimpse into Twitter’s potential future.

The platform confirmed this Spring a number of tweaks to enhance usability and encourage positive interaction through its new, improved mobile application - and its in-app camera functionality is one of its most striking yet.

Inspired by direct, fast-moving competitors such as Instagram and Snapchat (which has gone so far as calling itself a camera company), Twitter's new in-app camera feature demonstrates a migration towards a more visual platform, empowering its users to take and share a snap or record a video with a single click.

Given that we are now such visual creatures, this change was inevitable - but whichever way you look at it, Twitter is moving with the rapid pace of the digital world and thus, has a great deal to offer consumers and marketers alike.

Honing in on additional features that have proved popular for its competitors, Twitter has also toyed with the potential addition of dedicated messaging qualities, in addition to implementing ‘Twitter Timeline' – a functionality that empowers users to take more control over personal feeds. In turn, this will offer marketers a greater bounty of rich targeted content which would reach the right audience rather than get lost in a raft of irrelevant posts.

It seems as if these changes are part of an initiative to not only expand the platform’s capabilities but to position Twitter as more of an image-centric real-time messaging service - a bold move for a space with its roots firmly planted in bite-sized, largely textual interactions.

“The digital revolution is far more significant than the invention of writing or even of printing.” Douglas Engelbart, engineer and inventor

At this point in time, it's difficult to say whether Twitter's new features and functionality will land well with consumers, or propel the platform to dizzying new heights, but there's no denying that such changes offer fresh opportunities for brands and marketers looking to connect with a wider audience.

Twitter is clearly determined to retain its relevance in the future, and it has the tools to do so, but will its changes be so great that it loses its original charm or its commitment to quick-fire brevity? It’s doubtful but really, only time will tell. One thing is for sure: taking advantage of this new-look Twitter and following carefully what the platform has to offer is likely to be worth your time and investment.

Learn more indepth about Twitter and all the key social media platforms with our social media marketing course.

Webinars:
Webinar: How to Use SEO and Social Media

Articles:
What Skills Do I Need to Be a Social Media Manager?