Transparency in Marketing: Promises and Reality of the Brexit ‘Leave’ Campaign 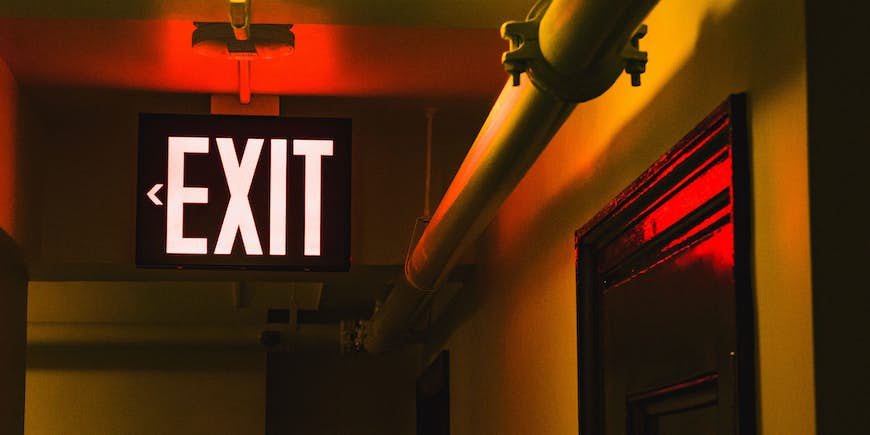 "I've been clear that Brexit means Brexit." - Theresa May

Unless you’ve been locked away in a cupboard under the stairs for the past two years, you will be aware of the term, ‘Brexit’ – the projected deadline for which is coming up very fast, on March 29th.

The official definition of this most loaded of words is as follows:

The withdrawal of the United Kingdom from the European Union.

But, as you might have seen, the UK’s actual strategy for making that exit has been convoluted, completely bewildering, and decidedly uncertain. This stems all the way back to the initial Leave campaign for the 2016 referendum, continuing through to the government’s current anything-but-straightforward path out of the EU.

Convoluted, bewildering, uncertain – these are surely all things that any a successful digital marketing campaign should aim to not be.

In today’s hyper-connected digital age, consumers crave transparency, authenticity and relatable values from brands. A study from Label Insight found that 56% of respondents feel additional product information inspires trust, while 81% believe they would be willing to sample a brand's entire range of products or services if they feel it presents an ample degree of transparency.

The point here is: if your digital marketing campaign is honest, inspiring, value-driven, and displays true transparency, you’re likely to win consumers (or voters) over. But - and here’s the important part - you must deliver on your promises.

A failure to deliver will result in disaster, and rightly so.

Here we look at the Brexit situation to explain what a lack of honesty, transparency, and delivery looks like in the real world, based on three key promises made by the ‘Leave’ camp during the 2016 referendum.

Note, the following analysis does not look at the UK government’s strategy, only at that of the Leave campaign.

1. A colossal donation of money to the NHS

Do you remember this infamous clip of UKIP leader Nigel Farage on Breakfast TV telling the country that the Vote Leave campaign had essentially lied about their promise to give the NHS the £350 million it gives to the EU weekly?

For many, this interview will be imprinted firmly in their minds forever, but for all the wrong reasons.

This claim had become an integral element of the Leave campaign leading up to the referendum, a bold promise that was first made by the Labour MP and co-chair of Vote Leave, Gisela Stuart who stated:

“Every week we send £350m to Brussels. I’d rather that we control how to spend that money, and if I had that control I would spend it on the NHS.”

Without delving too far into the semantics of this breathtaking marketing promise, without a shadow of a doubt, (and as punctuated by Nigel Farage in the clip above), the campaign failed to deliver on its promise.

Developing a central hook, promise or value on which to base your entire campaign is essential to shaping and developing your content strategy, but you must ensure, without a shadow of a doubt, that you can deliver on this promise once it has been communicated with your target audience.

If you fail to do so, not only will your ROI suffer greatly, but you'll also lose loyal customers while damaging your brand reputation - which is everything in the digital age.

2. The UK will owe no money when it leaves

From the outset right until recently, the Prime Minister and a host of her peers have been telling the public that the UK will not owe any money upon its exit from the European Union.

“Because we will no longer be members of the single market, we will not be required to pay huge sums into the EU budget."

In reality, as events have continued to unfold in the mire of the Brexit negotiations, it’s become quite clear that payments to the EU will continue until around 2064, and perhaps indefinitely if the UK chooses to be a part of EU agencies and programs.

The lesson here is simple. Before you create any content, communications or assets for your digital marketing campaign, you must check with any partners, third parties or collaborators to ensure that you can deliver on your promises. Moreover, prior to releasing any marketing communications into the public realm, you must always check your facts with official sources - a failure to do so could land you in hot water while stripping you of your credibility.

Today’s consumers respect the opinions of their peers over any advertising slogan. That said, a single failure or miscalculation could spread like wildfire with disastrous consequences, so tread wisely.

3. Brexit will be simple and have no downsides

A broad yet brash Brexit-based promise made by leaders of the original ‘Leave’ initiative who said that the UK’s exit from the EU would be smooth and simple, and there would barely be a negative issue to consider, if any.

Here’s a statement from Michael Gove from April 9th 2016 in the lead up to the referendum:

“The day after we vote to leave, we hold all the cards, and we can choose the path we want."

The reality? The likes of Conservative MP, David Davis, who told the public that there would be no downsides to Britain's exit, recently explained that he never told anyone that negotiations would be easy and in fact, would be complex as well as confrontational at times.

Right now, the picture of the UK’s future concerning Brexit is very nebulous. Referring back to Theresa May’s mantra, ‘Brexit means Brexit’ - never has an advertising slogan been more bewildering.

When implementing your marketing campaign, delivering digestible content to your target audience is critical to your success. If your marketing communications are confusing, contrasting, and offer little value, you will fail to connect with consumers and all of your efforts will go to waste. Moreover, if you do make a claim or produce a statement that proves to be false - don’t pedal backwards, admit your error in a sincere, creative way (you may salvage some trust). If you don’t, you will lose the respect of your customers immediately.

Regardless of your stance on Brexit, it’s clear that in this age, to win over the hearts, trust and loyalty of your audience, you must be clear, concise, authentic, and follow through with your promises.

When you’re next putting together a promotional initiative for your brand or business, consider these three bold Brexit promises and use them to steer your campaign away from issues and towards success.

Articles:
Preparing for the Cookie-Free Future

Articles:
Preparing for the Cookie-Free Future

Articles:
How to Create Your First Digital Marketing Campaign