The Evolution of Digital Marketing: 30 Years in the Past & Future

Over the past three decades, marketing has had to keep up and contend with leaps in technology and our relation to it ever since. While the Sales Era witnessed the invention of the telephone, swiftly followed by the rise of television and the Marketing Department Era. The industry evolution of the Marketing Company Era saw arguably the biggest change in the history of marketing: the first commercially available personal computers.

But what do these developments mean for the future of marketing? Our new Digital Skills report found that many marketing professionals are unsure of their future and believe that digital marketing will be critical to their organization over the next two years. Despite this when marketers were asked about their roles in 30 years’ time, 68% in the USA and 61% in the UK believe that their current digital role will definitely or probably still exist in its current form.

Without a crystal ball, it’s impossible to see what the future holds, but to look forward, we need to look back. Here, we look at the three major technological developments that have changed the way we look at marketing: the internet, big data and smartphones and predict how they can set the scene for the future.

The advent of the internet

The mass adoption of the internet into everyday life is the single biggest event that has affected marketing over the last three decades. Although early desktop publishing software in the first PCs caused a surge in print marketing in the 1980s, the computers were little more than a glorified typewriter. Launched by Tim Berners-Lee and his team in 1991, the World Wide Web project didn’t really take off until the first successful mass-market browser, Netscape, was released in 1994. In the following two years, the number of people using the web soared from 16 million to 70.

As users increased, the landscape evolved, from email to search engines like Yahoo! (1994) and Google (1997) and e-commerce sites like Amazon (1994) and eBay (1995). For marketing, this was a goldmine. Email became a new outbound marketing tool, joining the traditional arsenal of TV, radio and print advertisements and telephone sales. While search engines cataloged the new websites that were being created and allowed users to find the information, products and services they desired from the comfort of their own home.

Marketers used early SEO techniques like keyword stuffing, excessive tagging and backlinks to generate high rankings. One successful company at the time, renowned for its aggressive marketing tactics was Razorfish. Now one of the biggest interactive media agencies, Razorfish was a key player in early SEO, as well as a pioneer of the “server push” possibilities of the Netscape browser.

Why? Because there’s so much of it! In 2000 it was already replacing its physical counterparts: paper, film and optical (DVD and CD). New discoveries in data recording and storage technology made big data a new and irreplaceable resource for marketing departments.

After the early hype of the internet, the dot-com bubble burst in 2001 and marketing tactics shifted. A greater emphasis was then placed on inbound marketing through information sharing, user- centered design and collaboration. The introduction of social media sites LinkedIn (2002), Myspace (2003), Facebook (2004) and Twitter (2007) made this all the more possible as internet users started sharing more and more personal data online.

Big data has made it possible to track patterns and trends of human behavior, and its role in marketing is only set to increase. Data-driven marketing has gathered enough momentum that a number of companies have emerged that specialize in harnessing this technology, such as Domo, Oracle and Optimove.

For example, Optimove specializes in digital precision marketing using the power of predictive analytics. Its marketing cloud uses big data to acquire the emotional intelligence necessary to connect with customers more effectively and at all times. This has allowed marketers to come up with better strategies that strengthen customer relationships. 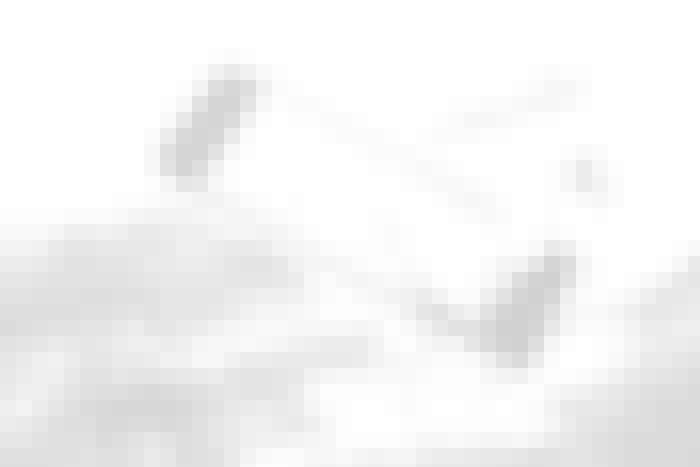 Where would we be without smartphones and tablets? These new devices have exploded in the last decade and marketing departments are still catching up. Today, smartphones have overtaken personal computers as the primary digital device for going online with the daily time U.S. adults spend with mobile media on the increase from 46 minutes in 2011 to 258 minutes in 2017.

To evolve into the smart devices that they are today, the early cellphones of the 1970s and 1980s were mainly meant for use in cars while attempts at hand-held computers throughout the late 1990s and early 2000s never really made it. The first true modern smartphone was produced by BlackBerry in 2003 and supported email, text messaging, phone calls and web browsing, but were mainly used by business professionals. It was not until 2007 that smartphones entered the mass market following the ground-breaking release of the iPhone. Look to today and smartphone ownership in the UK alone was 76%, with rapid increases in the proportion of 4G users and a quarter of smartphone owners making no traditional voice calls.

The world has moved online and into our pockets. So, where do we go from here? A future of transparency, personalization and agile marketing.

Information is everywhere. According to Unilever’s Senior Vice-President of Marketing, Marc Mathieu, marketing used to be about creating a myth and selling it and is now about finding a truth and sharing it.

Customers are now smarter and able to research products in seconds, easily comparing competitors and reviews and unearthing any myths along the way. For sales professionals, this shift is proving a challenge as 70% of the buyer’s journey is complete before a buyer even reaches out to sales. SEO improvements have made keyword stuffing and spammy backlinks a thing of the past, paving the way for real value and good content to become the new marketing style.

The need for transparency is obvious when you look into customer perception of brands. Across social media, 19% of consumers find it easy to tell the difference between marketing communications, advertising and branded content and non-commercial content on social media, while 30% have little or no trust in the content they see on Facebook.

In an era where customers are in the driving seat, marketers need to engage consumers in an ongoing conversation, creating real relationships and brand loyalty.

“When consumers get used to transparency, they’re also more interested in the quality of what you sell, and are more likely to willingly pay extra. And once people start moving in that direction, the cost of being an unethical provider gets so high that you either change your ways or fade away.” — Seth Godin

Sharing is everything. It is a huge part of the new internet landscape and the upcoming generation of digital natives is changing the way information is viewed and shared. As the first truly mobile-first generation, Gen Zers as they are known, place a big emphasis on personalization and relevance. Their habits have also evolved compared to Millenials who currently interact with three screens on average, compared to Gen Zers who use five: a smartphone, TV, laptop, desktop, and iPod/iPad.

A successful example of a user generated campaign is GoPro’s Photo of the Day social media campaign, where GoPro features a customer’s photo on their social media sites every day to prove to a wider audience the merits of the camera. The public can then vote for their favorite on the GoPro Award page, incentivising people to send in their photos and driving engagement. 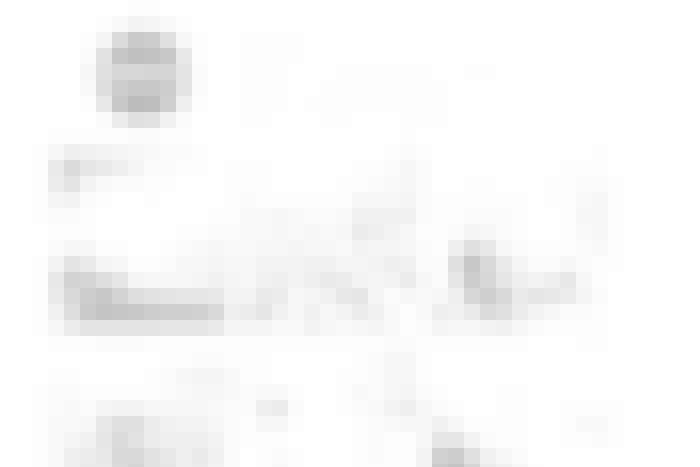 Agile marketing is a measure of how efficient an organization is at achieving its marketing goals. A marketing team that is agile provides a lot of strategy and theoretical results to their stakeholders with a view to executing it quickly. ROI is also a key factor, with agile marketers realizing that new business is more important than new material. In essence, it's about the speed in which new products can be developed or finessed to capitalize on an opportunity and drive a business forward.

One of the reasons for agile marketing being on the rise is social media, where brands have spent the last few years figuring out how to communicate on platforms such as Facebook and Twitter. These channels have provided insight into what can work and the type of content that resonates. In addition, many established brands have a personality on social media in terms of tone and voice along with fostering that all-important transparency for consumers. The speed of social media has also shown organizations that a quick response - if done correctly - can be very effective across a range of mediums.

An example of this type of marketing is at the Superbowl when the lights went out. Using this as an opportunity, a few brands took to Twitter to promote their products on the back of the SuperBowl's temporary misfortune. Enter Oreo and Tide. 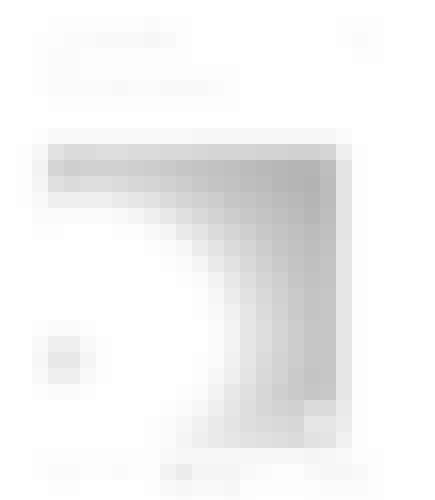 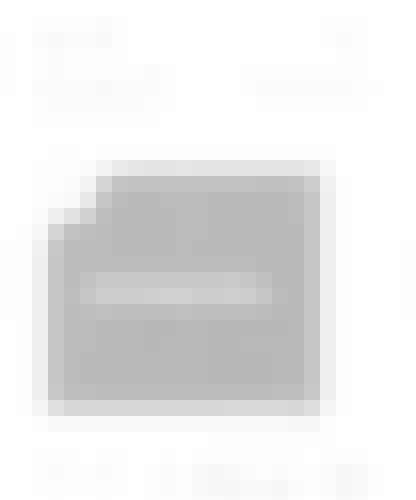 This type of marketing is on the up and with consumers having an expectation of immediacy, it could go a long way to cultivating conversations and creating a user-brand relationship. Marketers can run real-time dialogues with their customers and are able to listen and connect in ways that feel relevant to their audience.

While the internet has changed everything, it is worth remembering that the old forms of marketing still carry weight. Despite the growth in digital advertising, TV still takes a third of ad spend in the US and continues to grow, albeit at a slower rate. Embracing digital trends does not mean discarding traditional marketing methods. Keep up with the trends while integrating the old for solid marketing success.

Articles:
What are the Best Cities for Digital Nomads

Articles:
What Tools Should You Be Using for Your Digital Marketing?