Red Bull and Brand Affiliation: from Cans to Skydives 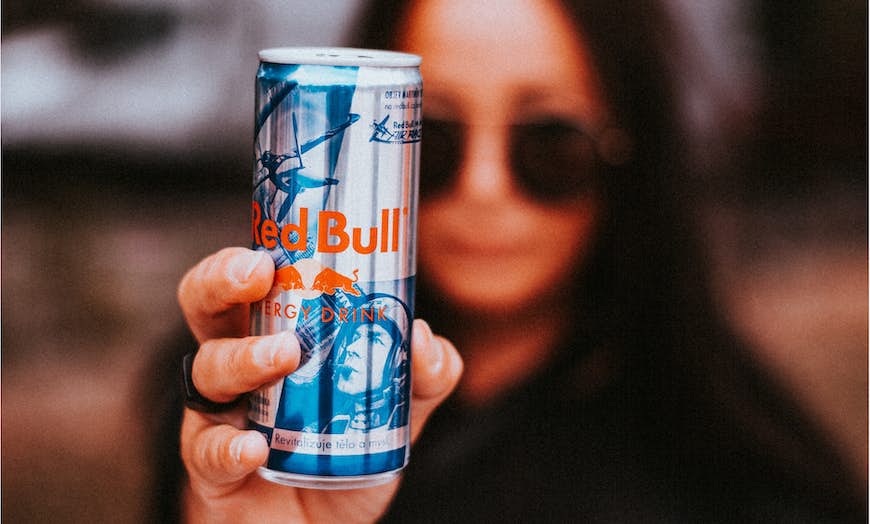 This Member Spotlight article was written by DMI member Dave Glazier.  It's yours to play for, so if you want to get in the digital marketing game and make an impact Submit your Own Piece for publication in our Community Insights!

We can say that Apple is product-led, Walmart is process- (or efficiency-) led, and Nike could fittingly be called innovation-led.

We do also have the likes of ‘design-led’ and ‘culture-led’, and even ‘community-led’ organizations so it’s not always easy to ascribe neat definitions. But there is one powerful force for industry leadership that we don’t often hear:

Without wishing to dampen our enthusiasm for the products and services we represent, or create, in the cold light of day we realize that almost everything is fairly easy to commoditize. Any marginal competitive advantage can be quickly eroded by new technologies (which are renewing themselves in ever-faster innovation cycles), or the widespread access to information that the internet enables.

Even in traditionally high-margin, hard-to-copy fields like strategy consulting, the easy access to new data crunching tools and best-practice methodologies mean that there is often very little to differentiate one firm from another.

Lower-margin product domains, like energy drinks, offer even less room for one player to distinguish itself. I refer to this domain specifically because, clearly, one player has – Red Bull.

Red Bull makes drinks that are essentially the same as all its peers (in fact, their can is often more expensive yet smaller than the adjoining competitor product), but they have achieved extraordinary market dominance.

Red Bull is the paragon of a brand-led organization, from propositions like just three of their various high-adrenalin activities. The one thing they have in common? They all have Red Bull along for the ride:

Not a sport for the faint-hearted, this event consisted of obstacle races for stunt pilots to navigate their planes, competing for the fastest completion time. The event ran from 2003 to 2019, with 90 races around the world

Since 2005 Red Bull has had its own branded Formula 1 team, the sixth-most-winning team in the event.

In October 2012 veteran skydiver Felix Baumgartner broke the world record for highest jump when he jumped from a space capsule at almost 130,000 feet above the earth. He also managed to break the sound barrier, the first human to do so in freefall.

It’s important to note the full names of each sponsorship property - Air Race, Red Bull Racing, and Stratos - because one of the keys to being brand-led is to truly own the entire brand expression.

Red Bull did not simply sponsor someone else’s air race, they started their own. They’re not a sponsor name painted on a car, but an owner of a Formula 1 team. They did not just play a bit-part in the Baumgartner spectacle, they pulled together the rest of the sponsors and specialists under their Stratos brand.

Red Bull also selected very carefully the platforms on which to make its bold marketing bets. The three properties mentioned above, and the dozens of others that it maintains, ensure Red Bull’s brand awakens the spirit of adventure, of daredevil heroism, of spectacular feats of power and agility.

That’s no mean feat for a producer of sugary caffeinated drinks in a can.

It’s time for marketers to realize the true potential of becoming a brand-led organization. Seeing whiskey producers or watchmakers sponsoring events like the recent Australian Open (tennis) makes for very one-dimensional brand awareness. It’s rare to see an effort taken in these cases to evolve the brand further or connect it with the event being sponsored. It’s similar to the car manufacturers and fast food chains that took massive sponsorship packages at the FIFA World Cup, but didn’t weave this association in any way into their brand narratives. Though, as we have noted in our case study, the Wimbledon tennis tournament has some interesting brand stories weaved into it.

Becoming a purely brand-led organization may not be possible at the flick of a switch; but you can start making efforts in your marketing strategies today, to ensure your sponsorships tell a cohesive, exciting, and engaging story.

Inside the Rainbow - 3 Pride Marketing Campaigns of Substance

eBooks:
What are the Most Digital Industries and Why?

Articles:
When a Brand fails its Community

Articles:
Why Digital Marketing is Important for Small Business

This Member Spotlight piece was authored by DMI member Dave Glazier. He has 16 years’ experience in designing and executing marketing/communication programmes – across Southern African and Western European markets – with a focus on enterprise tech, fintech, banking, healthtech and pharmaceuticals. With a background as an award-winning international journalist, he works with user-experience writing, management consulting, digital product management, and team leadership.

If you'd like to submit a piece of your own writing for consideration for the Community Insights area of the Library (and earn CPD credits), just follow this link!