How And Why You Should Use Google Ads For Your Business 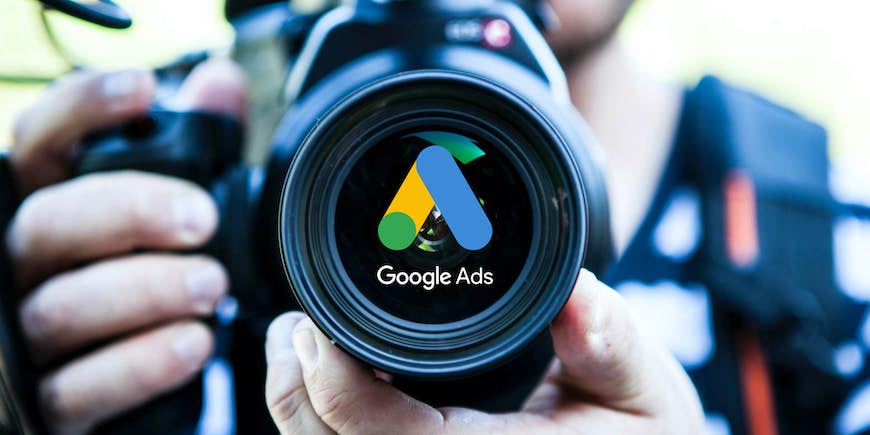 Google AdWords launched in 2000, just two years after the search engine. It functions as a pay-per-click marketing strategy targeting digital consumers. In 2018, the platform was rebranded as Google Ads.

While the Google market runs rife with potential leads, its popularity makes it a competitive atmosphere. At the end of 2019, ads on the platform were being viewed by 90% of the internet population. And, costs for keywords are rising, making these campaigns increasingly expensive. This change has led to questions like, "what can I do to avoid overspending and still meet the demands of an oversaturated market?"

Google Ads may be deluged with business owners making their mark, but there are avenues yet to be conquered. Video is a perfect example of an untapped resource with plenty of potential for growth.

Let’s take a closer look at the ways Google Ads feature in videos and how to make them work for you.

The most commonly used YouTube video ads are called TrueView ads, and they come in three formats.

A fourth option used to be available and it offered the viewer the choice of three ads to watch during a video of 10 or more minutes. That format has been retired in favor of the alternative TrueView styles.

Connecting Your Ads to Video

Before you begin with the intricacies of linking ads to streaming video, you need a Google and YouTube account. Once you’ve set those up, create your Google Ads account. Now, you’re ready to get connected and start your campaign with these easy steps:

From your Google Ads page, select the setup option, and proceed to link your accounts. YouTube should be one of the options listed in the account panel. If you have multiple YouTube channels, you can choose the ones relevant to your ad.

From the Ads panel select "campaigns," "add campaign," and then “video.” The tool will prompt you to specify whether you want to increase brand awareness or brand consideration with your video. After a campaign is selected, give it a title, and determine how much you’ll spend daily. Campaign conditions you’re required to specify are:

One advantage of this ad strategy is that it targets your audience by demographics and interests. This breakdown appears under the “people” tab, and lets you zero in on your target consumers through:

With your audience chosen, you can now select placement by clicking websites or YouTube channels you want your ad to run through. You may also select keywords and categories which relate to your target audience.

Run and Monitor Your Ad

With the ad creation processes complete, all that’s left to do is publish and maintain. Ad metrics reports will show you how your ad is succeeding and where it needs to be improved.

Now that you know how Google ads and YouTube work together, here are five tips for a successful campaign:

Rather than designing an ad your consumers don't mind pausing a video for, design an ad they want to watch from start to finish. Consider your target audience and the videos they’re attracted to. The key to a successful video ad is making your audience forget it’s an ad.

A unique way to showcase a brand and reduce its appearance as an ad is turning it into something interactive. For example, if you were a shoe company launching a new sneaker, you might be tempted to create a commercial-style ad. Instead, why not show viewers something they’ve seen, and design the ad as a how-to video for running?

Nine out of ten consumers read reviews before purchasing a product or service. It’s become second nature to see what others are saying before trying something for ourselves. As a marketer, you can profit from this fact by including real customer opinions in your video ad.

An example of this is the Hello Fresh video campaign from 2017, which shows a couple named Tre and Rich. The video opens with Tre explaining why she started using the service and how it benefits their home. This marketing style is relatable and evokes an emotional response – two things that equal success in an advertisement.

3. Keep It Short and Sweet

This is an especially helpful tip for ads running in the middle of another video. You’re taking the consumer’s attention off the original link they clicked on. Keeping your content short and sweet improves the chances that a viewer will let it run to completion. As a guide, you should try and keep your ads to between 12 and 20 seconds long.

4. Research Before You Write

Understanding what your target demographic wants to see is crucial to a successful video ad campaign. Research which ads on YouTube are doing well within your industry and what types of videos they feature in.

You can also ask your audience outright what kind of ads they’d like to see and where. Use a poll in your social media feed or send out an incentivized email survey to gather intel.

You’ve done your research; you know your audience. You probably have plenty of content already posted to blogs and social media feeds to prove it. Rather than trying to create brand-new ads from scratch, draw on the inspiration of past content. Repurposing your own content to form something new as a video is a brilliant way to give your audience something you already know was a hit.

They call it the information highway, so it’s no surprise that digital marketing feels like driving in rush hour. 63% of consumers say they would happily click on a PPC ad, so in addition to organic search, Google Ads is certainly a desirable route to take.

There may be no reprieve for cars stuck in a 5 p.m. traffic jam, but marketers are far luckier. Video marketing uses tried-and-true PPC ads in a less congested environment. Invest in PPC video marketing and you will give yourself a far greater chance of standing out in your industry or niche.

Articles:
How And Why You Should Use Google Ads For Your Business

Articles:
How And Why You Should Use Google Ads For Your Business