The Rise and Rise of Netflix 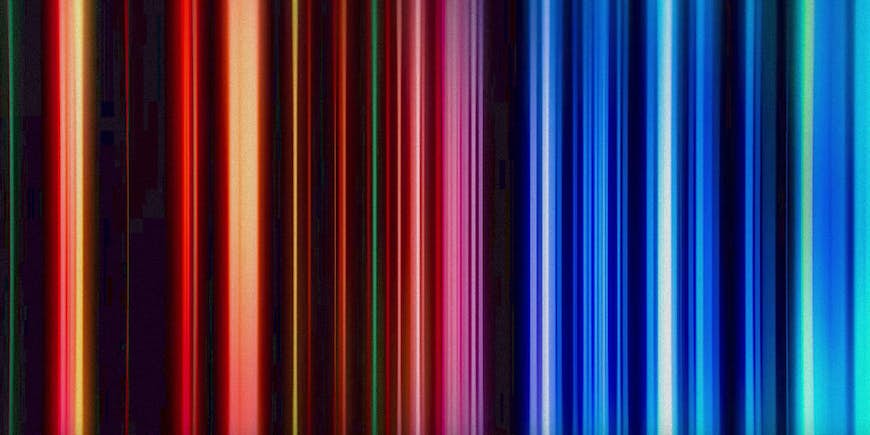 In this age of immersive digital entertainment there are few more dominating forces than Netflix.

In our detailed case study we studied the superior marketing and branding capabilities of this highly-subscribed subscription video on demand (SVoD) service. 2020 was a spectacularly successful year for Netflix, as it increased its subscriber to 180 million worldwide, and by the end of the year it had become more valuable than Disney.

Given its continued success (and unrivalled commercial domination), we thought it would be worth revisiting this most influential of entertainment brands as well as looking at the drivers of its ongoing growth and evolution.

The sweet smell of success

It’s no secret that Netflix’s ongoing commitment to creating a highly-personalized user experience is one of the primary catalysts of the brand’s exponential growth. And as a pioneer in its field, the platform’s functionality improves and evolves on a continual basis, offering its subscribers precisely tailored viewing recommendations based on their specific interests, preferences and viewing history.

This is Not a Game

Taking this notion to another level, Netflix has showcased its commitment to innovation in 2019 with the successful launch of Bandersnatch an interactive Netflix original film loosely based on its series Black Mirror.

The highly-original 'choose your own adventure' narrative was generally well-received by critics and subscribers and was said to be the start of a new wave of highly-personalized immersive content that is likely to further boost its subscribership in the not so distant future.

Not only does the Bandersnatch viewing model give viewers the autonomy to shape the narrative before them, but this intricate web of interactions offers the brand an extra layer of data-driven insight that will provide the fuel needed to continue evolving their content creation and personalization efforts.

Moreover, by developing an ever-growing range of high-quality original content, the brand provides itself with a seemingly infinite wealth of creative content marketing opportunities to develop and deliver across channels.

A good example was the marketing campaign for ‘A Futile and Stupid Gesture’, a Netflix original movie about the co-creator of American comedy powerhouse National Lampoon.

To build a buzz surrounding the biopic, Netflix took the movie to the Sundance Film Festival, creating excitement through their most engaged social media channels while earning influencer buy-in from the stars affiliated with the production, including Joel McHale (who played Chevy Chase), explaining National Lampoon’s tremendous influence on comedy over the past 40 years.

As a result of this highly-entertaining cross-channel marketing campaign, the film received a great deal of media coverage, boosting Netflix’s brand awareness and expanding its reach in the original comedy genre.

Taking things up a notch further in the ladder of success was Netflix’s first trip to the Oscars in March 2019. Its original production, the artful and critically-adored “Roma” was nominated in 10 categories and came away with 3 wins. Controversy swirled around the way it managed to be considered for inclusion – including the way they managed to bypass required theatrical release and financial reporting – which led to some strong (and widely tweeted) words from Netflix in support of the art of film.

In addition to its inherent ability to innovate, its content marketing prowess, and its highly-personalized level of user experience (UX), Netflix's desire to keep its branding fresh is another big driver of its continued commercial success.

In February 2019, Netflix gave its iconic logo animation a modern re-vamp for the first time in five years. This fresh, dynamic new graphic animation plays prior to all of its original content and in many ways, it marked a new chapter in the brand’s story.

According to Netflix, this novel exploding-N animation is 'inspired by the spectrum of stories, emotions, languages, fans and creators that collectively make up who we are as a brand.'

This creative design has also been developed to reflect the diversity of Netflix’s growing global audience, with the leading SVoD service now operating in more than 190 countries, and counting. A clear-cut visualization of its core brand values.

With innovation comes competition and the SVoD world is no exception.

In addition to the wealth of competitive new Original content from direct competitor, Amazon, the likes of Disney and Apple are also refining their marketing, branding, and UX strategies in their bids to give Netflix a run for its money.

Oprah Winfrey, Steven Spielberg and other big Hollywood names have given Apple TV+ their backing as the platform prepares to develop and promote its big budget Original content offerings.

Not only will these well-established storytelling celebrities play a pivotal role in planning and producing Apple’s fresh platform content but they will also be using their colossal influencer reach to appeal to a wide audience and compete with Netflix.

Another emerging entrant to the content streaming arena is entertainment colossus, Disney.

Another brand with an unwavering commitment to grow and evolve with the landscape around it, Disney recently sealed a $71 billion (63 billion Euros) with 21st Century Fox as it gets ready to battle Netflix and its streaming service is coming.

This new chapter in the Disney saga will see the brand absorbing Fox film and TV studios, the FX networks, National Geographic and Star India in a massive boost to its content offerings.

The brand promises to offer an eclectic range of fresh Original content alongside access to beloved classics including Cinderella, The Simpsons and Star Wars, X-Men and Deadpool to its forthcoming Disney Plus streaming service.

Speaking with The Guardian on the birth of its new initiative, Robert Iger, chairman and chief executive officer of the Walt Disney Company, said:

“This is an extraordinary and historic moment for us – one that will create significant long-term value for our company and our shareholders. “Combining Disney’s and 21st Century Fox’s wealth of creative content and proven talent creates the pre-eminent global entertainment company, well-positioned to lead in an incredibly dynamic and transformative era.” Roger Iger, Disney

In a time where digital technology is in a state on constant flux, today’s consumers crave a more immersive, personalized and value-driven experience than ever before - and the likes of Netflix offer all of the key ingredients for continued success in the modern age.

Innovation fosters curiosity and creates healthy competition - and as Amazon, Apple+ and Disney ramp up their marketing, branding, and content-centric efforts - we expect to see some sensational offerings from the world of SVoD this year, and beyond. Watch this space.

For further insight into what makes an iconic entertainment brand, explore our case study on the enduring innovation and magic of Disney.