Did you know that 41% of university officials believe they can directly attribute an increase in enrollments to their social media efforts? This figure demonstrates just how effective digital platforms are when it comes to engaging with students and shows the value of social media as a recruitment and brand awareness tool.

That said, students want to delve deeper than the programs on a portfolio. Today's student wants to know more about the college, university or training provider itself - and what they will gain by enrolling. As such, educators need to offer potential students insight into the benefits of choosing not only their program but what the qualification will give them personally, such as what their future career may look like or what it’s like to follow in the footsteps of esteemed alumni.

This blog looks at 6 shining examples of how educators are using different digital platforms to engage with students, stay ahead of the competition, and ultimately, increase enrollments.

67% of millennials currently use Pinterest, making a social platform that widely appeals to a young demographic. As one of the top universities in the state, Baylor University has recently enjoyed an increased level of engagement from its savvy use of the platform.

Baylor University's presence on Pinterest is packed with all sorts of items that prospective students, as well as current students and alumni, would find interesting. When checking out their profile, a user can get a genuine feel for what life as a Baylor Bear would be like.

Waco-Baylor’s Hometown is particularly effective. This board gives viewers an idea of things that they can do off campus, as well as the environment surrounding the university.

The board emphasizes the fact that Waco and Baylor are partners, and shows the incredible support the whole town of Waco provides the institution. Also, it displays a number of Waco's unique benefits including its proximity to all of the major cities in Texas. When viewing this board, the sense of pride that Baylor has in its hometown is undeniable - and it's emotionally gripping.

Baylor Traditions is another excellent example. This board does what is says on the tin: showcases Baylor’s most tried and true traditions. Light is shed on highly-anticipated annual events including homecoming, “Dr Pepper Hour”, All University Sing, and much more. This board shows what makes Baylor different from any other school and will prove handy to any students trying to differentiate Baylor from other potential choices.

With the perfect balance of emotive and informational content, displayed in a digestible, interactive way, Baylor's Pinterest board is a shining example of how an educator can use social media to showcase its wares.

YouTube has over 1 billion users - almost a third of people active on the internet, a clear indication of the power of visual content in today's world so it’s no surprise that Imperial College London decided to tap into its audience.

As one of the world’s most revered universities, Imperial College London’s mission is to benefit society through research and excellence in science, engineering, medicine and business.

Understanding the benefits of video, Imperial College used their Youtube channel to launch a visual campaign to target potential students and encourage them to enroll. The key to the success of this campaign boils down to the fact that Imperial College knows its audience - people who want to change the world through science.

The video is slick, visually breathtaking, inspiring and it's all condensed into just over two minutes of content. The video not only intrigues and excites those it's targeting, but the narration and innovative use of imagery show potential students that if they enrol in the institution, they will be able to make a change.

Another striking thing about this video is the fact that it showcases the internal campus in action and with panning aerial shots, creates an air of excitement about life in the big city; a stunning video campaign that sings to its target audience. 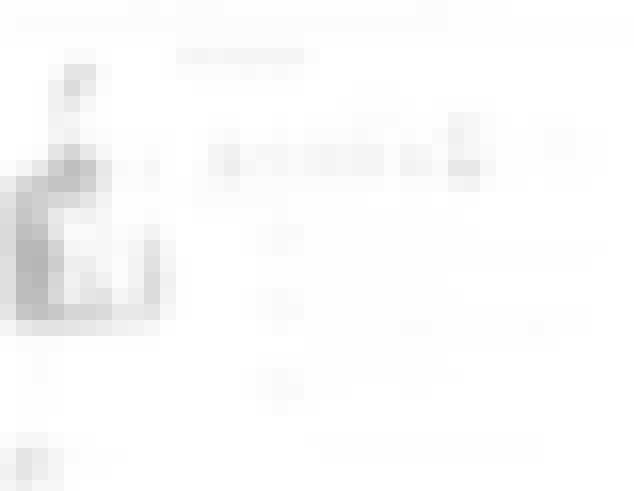 Founded in 1874, this institution is one of the state's most celebrated universities - and one of the reasons for its success is being able to evolve with the times.

An excellent example of this comes from one of Reno's recent Facebook campaigns, a hugely creative campaign that tapped into the history and legacy of the University of Nevada.

The Facebook profile of Joe McDonald - a student from 1916 - attempts to “bring history to life”, and it works. The campaign proved that a little creativity can achieve great things, garnering worldwide press coverage for the university. It also goes to show standard campaign ideas, such as photo contests will easily be outdone by universities who dig a little deeper and come up with something that stands out from the crowd.

Aside from its creativity and leftfield ideology, this campaign was so successful is because of the fact it makes a potential student stop and think about the institution as well as its story, creating a high level of engagement and as a result, increasing the chance for more enrollments. And when you consider the average human attention span is only eight seconds, holding people's attention these days is no easy feat.

With 10.8k followers based on a little over 504 posts, the University of Barcelona is doing something right on Instagram.

80% of Instagram users come from outside of the US, and the university has certainly taken advantage of that fact with its aesthetically wonderful account. 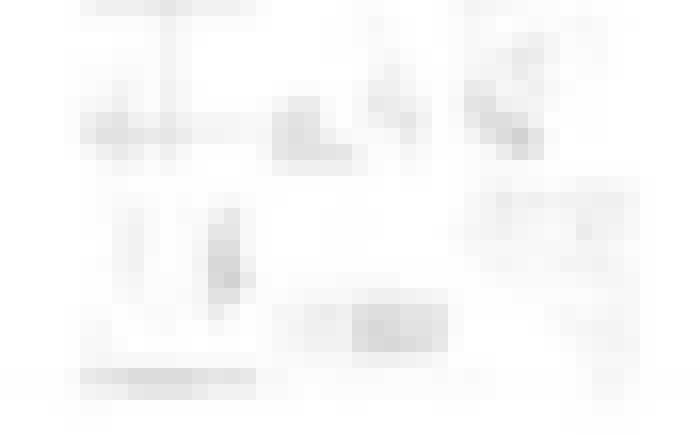 The root of the university's success comes from its well-rounded approach to the imagery it shares. Not only does it take stunning professional shots of the campus buildings, but it also uses eye-grabbing graphics to promote extra-curricular events regularly.

In addition, the institution uploads monthly images to welcome the months as they arrive - a repeated theme that helps to build engagement - and it leverages the beauty of the city to promote itself by sharing quirky shots of exhibits.

51% of B2B marketers prioritized creating visual content assets in 2016, and will continue to do so this year. By using photography as an artistic medium to connect with its existing and potential students, the University of Barcelona is likely to ensure success long into the future. 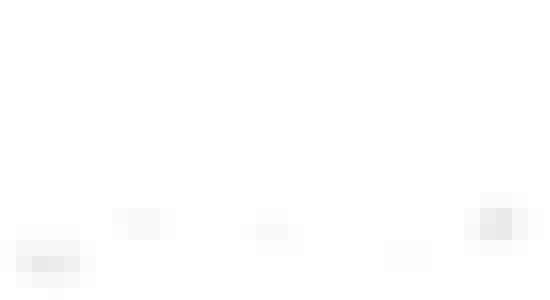 Snapchat boasts a whopping 60 million daily active users in the U.S and Canadaalone.

Looking to cut through the social media noise, Morgantown's West Virginia University got creative with their Snapchat channel. To appeal to a young student audience, the university launched 'Takeover Tuesday' which allows students to look after the channel for a day, sharing their experiences of college life and adding their personal tone of voice to the channel.

With 83% of consumers trusting the opinions of peers over online ads, the university has been able to build trust and cater to their audience with this campaign. Also, to give potential students a glimpse of life outside of campus, West Virginia created a Snapchat campaign called 'The Ultimate Virginia Road Trip'.

By encouraging students to hit the road and share their experiences with their peers, the institution was able to excite potential students while enjoying the benefits of user-generated content for the whole summer. What's also particularly smart is the fact it coincided with the rollout of their new branding, serving the highlight the university's new and improved image in the process.

83% of the world's leaders are active on Twitter, meaning the platform speaks to people from all corners of the world, and all walks of life.

The University of Glasgow is the fourth-oldest university in the English-speaking world and one of Scotland's four ancient higher education institutes.The key to their success on Twitter is the use of a conversational style. Rather than taking a dry, corporate approach to the content it shares on the platform, it uses humor and creativity to speak to its target audience.

One of the most notable things about their Twitter feed is the fact that it tweets about their followers and their lives - something that, while it seems straightforward, many educators fail to accomplish well on the platform. 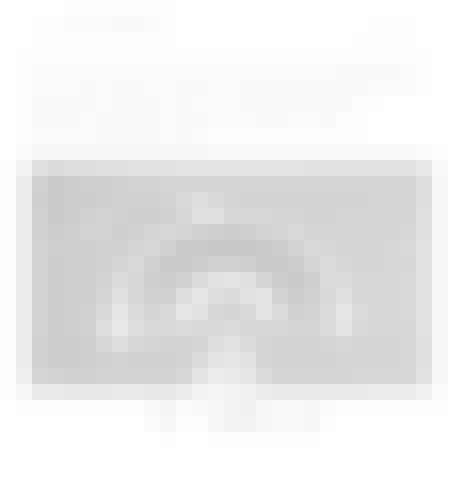 By doing so, the university creates conversations, sparks interest and talks to its students on a personal level and as a result, earn respect trust, and avoid coming across as patronizing in any way.

Also, the university runs a host of fun contests based on popular public holidays and events - a hit among students and a real driver of engagement. 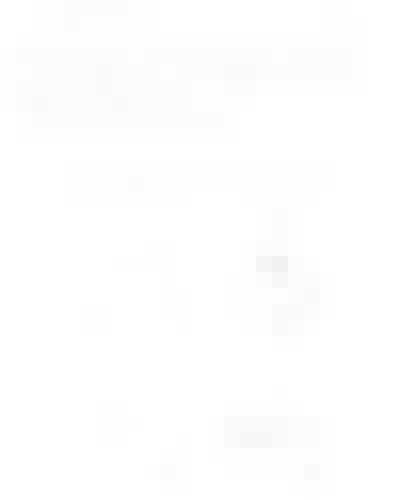 This combination of conversational tone, user inclusion, and regular contests has won the university 65.3k followers to date and counting.

Students now want and expect more than a website and a handful of clinical statistics; they're looking for value, excitement, a glance at the future, and a snapshot of life at the university.

For those in the business of education, social media provides and an immediate, engaging and creative way to showcase the personality of your brand to engage with students and turn their interest into enrollments.

Articles:
What Jobs Can Digital Marketers Have In The Metaverse?

Articles:
Our Top Christmas Ads of 2022

Articles:
Our Top Christmas Ads of 2022

Articles:
Which Countries Have the Most Demand for Digital Marketers?