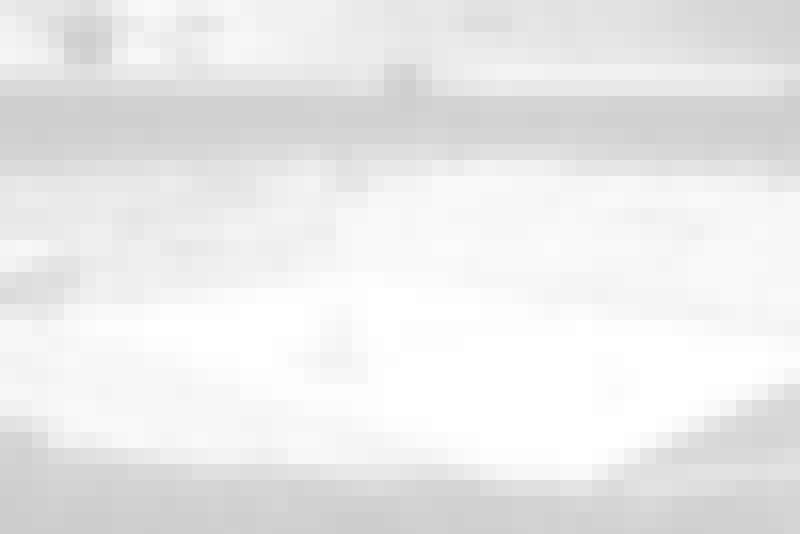 “There's a certain beauty and majesty to Wimbledon. The elegance, the way the grass looks on TV.”- John McEnroe

July is Wimbledon month, arguably the greatest tennis tournament of them all. Since its opening year in 1877, Wimbledon has emerged as the world’s most prestigious, and beloved, events, with a solid brand that is revered across the globe. Typically boasting over 300 million viewers across 200 countries, almost half a million also flock to the south London village to line up and get a taste of the action (and some strawberries and cream).

What’s the secret to Wimbledon’s success? And how has its marketing made a difference?

Let’s hit the court, toss a ball, and lob it over to explore how this colossal international tournament - and brand - approaches its digital marketing.

In it for the win: remaining robust and resilient

To remain relevant and foster continual growth in this digital landscape, brands need to possess the inherent ability to evolve with the times, adopting a robust and resilient mindset.

The Wimbledon brand is innovative, adaptable, and its willingness to embrace digital transformation has served to not only maintain but improve on its success, year after year.

As a longstanding and highly revered tennis tournament, with a strong visual identity, Wimbledon, in many ways, speaks for itself.

Since the first public radio broadcast of the tournament in 1927, Wimbledon has seen an enormous rise in popularity over the decades, becoming a quintessentially English sporting institution.

One particular Englishman, Mr. Fred Perry won his third consecutive Wimbledon in 1936 and from that particular moment, the buzz surrounding the tournament really started to build.

In 1967, Wimbledon became the first piece of programming ever aired in BBC2's cutting-edge color TV service, and in 1977, Virginia Wade won the Ladies singles title in front of Queen Elizabeth who was celebrating her Silver Jubilee at the time. Wade remains the last British woman to don the revered Wimbledon Ladies’ crown.

To enhance the TV viewing experience, in 1986, yellow balls were introduced to the tournament, replacing the traditional white balls - a significant evolution for a sporting event so steeped in tradition.

2009 saw a cutting-edge retractable roof installed over Centre Court to quash forever the interference of the English summer rain and further enhance the courtside viewing experience. And of course, shortly after in 2013, Mr. Andy Murray OBE became the first British Gentlemen's Singles Champion since Fred Perry, and a nation sighed. During the final, BBC TV recorded an audience peak at 17.3 million.

So it’s clear from these snapshots from history that the legendary sporting event is brimming with sensational historical content, boasting a narrative that is nothing short of inspirational. 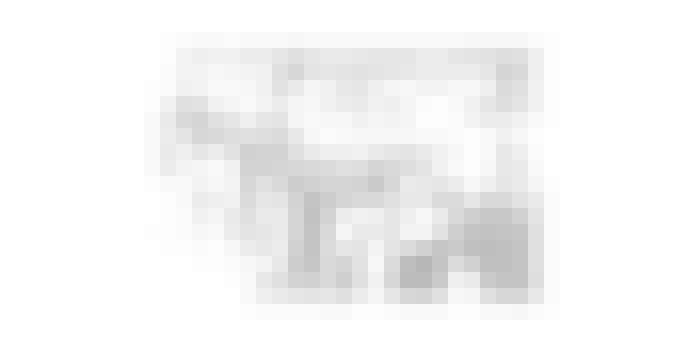 Play to the Crowd

But despite Wimbledon’s heritage speaking for itself, complacency can kill a brand stone-dead. Based on this understanding, Wimbledon is dedicated to creating rich, digital experiences that encourage increased engagement while connecting with tennis fans around the world on a personal level.

According to Alexandra Willis, Wimbledon’s Head of Digital and Content, the foundations of their marketing strategy lie in its audience segmentation:

“We recognise that the ‘golden age’ can’t last forever. Our biggest threat is complacency and we’re determined not to be complacent.” - James Ralley, Head of Commercial, AETLC

At the core of its marketing efforts, Wimbledon is dedicated to continual evolution, innovation, and connecting with its audience in a way that matters - based on the understanding that everything has a shelf life, even a reliance on the ‘golden age of tennis’ to attract repeat audiences.

Expanding on the previous point, the cornerstone of Wimbledon’s longstanding success is its commitment to producing meaningful, entertaining, and relevant content to audiences both in the UK as well as abroad.

The tournament's strong celebrity magnet, its Royal affiliation, its unique traditions (like the ‘middle Sunday’ rest day and drinking Pimm’s), an uncompromising dress code, the pivotal role of its stealthy BBGs (ball boys & girls), and its very essence of Englishness make Wimbledon the most standout sporting event of the summer calendar, year after year.

The website and apps provide as comprehensive a portal as you could get, offering a lot of access to highlights and coverage that is independent of broadcast issues, including daily podcasts and live radio, real-time results, personal player-trackers, and of course access to the merchandise shop where you might pick up a monogrammed green and purple towel.

In all, it’s safe to say that this grass-and-not-clay Grand Slam tournament has piles of creative fuel for the promotional fire.

That said, using its segmentation categories as its promotional compass, Wimbledon has consistently produced content across a broad range of channels and touchpoints to engage existing fans while attracting new viewers.

To demonstrate this in a practical sense, here are several Wimbledon content marketing campaigns that have ‘aced it’ in recent years:

1. ‘In Pursuit of Greatness’

Despite being wide open to innovation and digital experiences, Wimbledon is famously stringent with its brand guidelines as well as its commercial partnerships.

Being somewhat discreet with its advertising has helped the brand to remain prestigious while placing greater focus on its longstanding relationships with the likes of Slazenger and Robinson’s, two prestigious old English brands.

But, to drive its international appeal, Wimbledon has embraced advertising initiatives from a wider roster of international companies like Evian, including, in 2015, a campaign with Jaguar, while broadening its branded content marketing efforts. 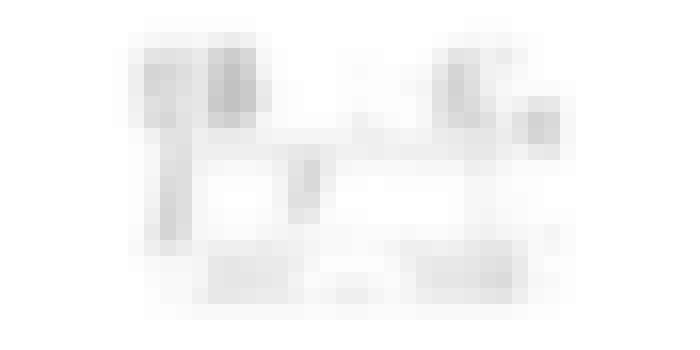 Starting in 2016, Wimbledon launched it's ‘In Pursuit of Greatness’ campaign - a highly visual, hugely nostalgic initiative that documented the tournament’s unwavering commitment to excellence over the decades.

This innovative campaign consisted of a series of documentary-style short films aimed at a global audience. Showcasing all the elements that make Wimbledon great, from strawberry-picking to its cutting-edge use of attendee data, they were pushed out strategically across channels to build up hype before the championships started.

Capturing all of the intricate elements that make the tournament truly great, the content-driven campaign included dynamic videos titled:

Extending its efforts, this animated piece from the 2018 campaign deftly covers the full history of the tournament in one single minute.

With flawless production values and a savvy international distribution strategy in partnership with the likes of Fox Asia, Wimbledon used a perfect mix of old and new to nurture its brand image while capturing the hearts of a wider international audience.

This year, Wimbledon launched #JoinTheStory in the lead up to the 2019 action.

Kicking off the campaign with the striking trailer featured above (which neatly parallels the animated history told the year before by referencing wider world events), Wimbledon’s latest content-driven campaign has gained notable traction across Instagram and Twitter- with tennis fans across the globe joining the conversation.

Featuring a curated selection of the most poignant and groundbreaking Wimbledon-based news headlines over the decades, this standout mini-series was delivered across mediums, from social media to podcasts before, during, and after the tournament - building upon the success of ‘In Pursuit of Greatness’, while taking the concept one stage further.

Moreover, to supplement this effort, the AELTC teased the beginning of The Championships by hosting a Wimbledon Rematch 1980 with an immersive live re-creation of the iconic 1980 Tournament. 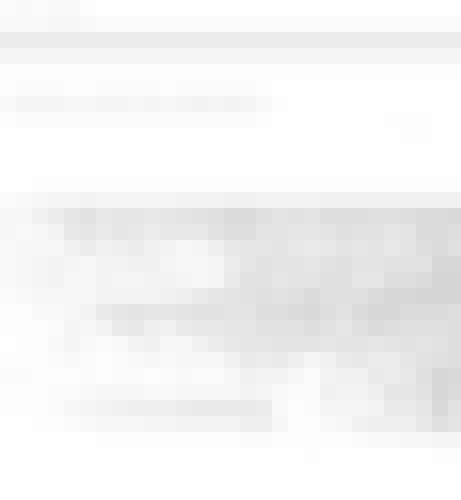 This experiential, retro, innovation recreated the epic Centre Stage showdown between Björn Borg and John McEnroe - a ‘Clash of the Titans’ final that is likely to have inspired the likes of Murray, Federer, Nadal, and The Williams sisters to continue their journey to the grassy courts of south London.

As mentioned above, Wimbledon is stringent when it comes to its advertising and brand partnerships. One of the official sponsors of the tournament, ice cream colossus Häagen-Dazs, has developed some rather creative Wimbledon marketing campaigns in recent years.

Focusing on influencer-centric marketing, Häagen-Dazs helped to boost its own brand awareness while building extra buzz around Wimbledon - a match made in heaven.

Last year, Häagen-Dazs married influencer marketing with experiential marketing, teaming up with 2018’s sixth seed, Grigor Dimitrov, as well as a mix of relevant social media influencers, transforming them into brand ambassadors to promote its Champion vs Challenger series while gaining traction during the Tennis on The Thames event that ran during the tournament.

Speaking on the brand’s approach to its Wimbledon marketing efforts, Arjoon Bose, head of marketing for Häagen-Dazs’ snacking division, said:

"The Queue has always been an intrinsic part of Wimbledon and what we've learned is that it's not a great station for selling, but it is a great place for sampling and quick brand engagement.

"Having a permanent spot there only works if you're a food or drink brand, it's not a great place for people to buy a luxury ice cream as they're not really focused on dwelling, they want to get out of there."

A focused, strategic, and all-round rewarding case of doubles marketing. 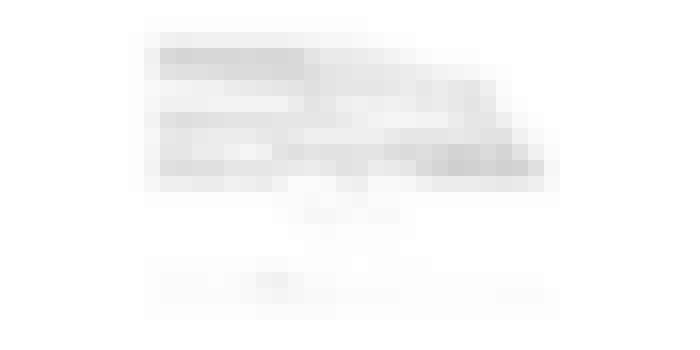 While we can’t predict the results of this year’s marketing campaigns, the brand’s unique ability to tell compelling stories coupled with its willingness to embrace emerging technologies is likely to preserve the success and reputation of the Wimbledon Brand for decades to come.

By leaning on its heritage and traditional values while communicating with its audience in a way that’s inspiring, experiential and incredibly seamless, Wimbledon is a master of international marketing - a brand that we as marketers can all learn from - game, set, and match.

If you were thinking of weaving Wimbledon into next year’s marketing communications, or you just need sporting ammunition for the pub quiz, here are some tournament-based facts that might help:

If you’re not yet ready to grab a Pimm’s and immerse yourself in the action, read Inside the Rainbow - 3 Pride Marketing Campaigns of Substance for more meaningful marketing inspiration.

“Everybody always talks about the pressure of playing at Wimbledon, how tough it is, but the people watching make it so much easier to play.” - Andy Murray OBE